Opinion: WeChat is eating the Chinese internet, and that’s not a good thing 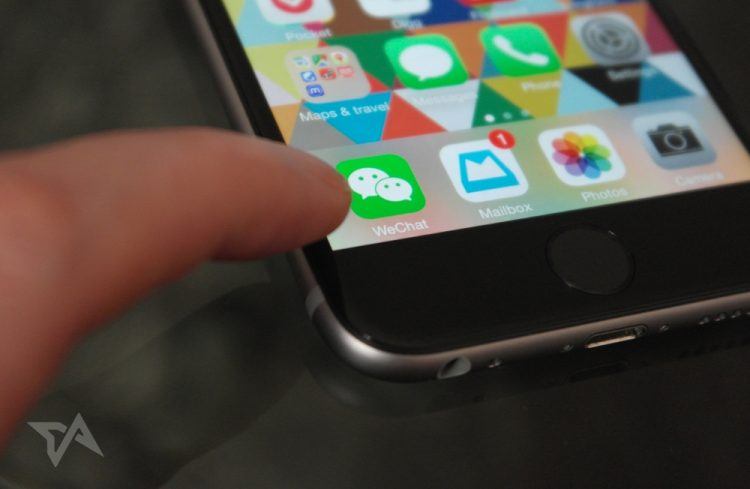 If you want to understand how WeChat is changing the Chinese internet, I have a recommendation for you: Katamari Damacy.

In Katamari Damacy, a 2004 video game published by Japan’s Namco, players roll a very sticky ball called a katamari across the landscape, building it up by collecting increasingly large objects until virtually everything in the world has become part of the ball. If you’ve done your job right, at the end of a level, almost no independent objects remain.

Increasingly, China’s internet looks to me like a game of Katamari Damacy, and WeChat is the katamari. What began as a simple chat app has slowly added features that include everything from ecommerce to gaming to video sharing. Today, you can use WeChat to do almost everything in your life, from booking a cab to paying your water bill.

If you’re a Chinese internet user, over the past few years you’ve probably seen a dozen of your usual internet activities move onto the WeChat platform. More than half of WeChat users spend 90-plus minutes a day using the app. The latest online activity in danger of being absorbed into the WeChat machine is search, and my colleague Eva is right to suggest that Baidu should be worried. For the moment, there’s little overlap, but in the long run, WeChat’s search can leverage an absolute mountain of user data to provide personalized results Baidu likely can’t compete with.

In a world where most Chinese internet interactions happen through WeChat’s platform, Tencent gains a disconcerting level of control.

Certainly, Baidu wouldn’t be the first company to feel an impact from WeChat encroaching on its business. Alibaba’s Alipay, which once enjoyed relative dominance in China’s epayment market, is now only slightly ahead of Tencent’s WeChat Pay alternative. Video streaming services Youku-Tudou and iQiyi, which ruled China’s web when WeChat was first launched (despite the fact that Tencent did have a competing platform at that time), are now essentially equaled in market share by Tencent’s platform, thanks in no small part to WeChat. In digital advertising, Tencent started from further behind, but it’s already cutting into the lead enjoyed by market leaders Baidu and Alibaba, and it’s only expected to keep growing. The app’s influence is now so pervasive, in fact, that many Chinese internet startups choose to set up shop inside WeChat from day one rather than even attempting to build their own platforms.

All of this is excellent news for Tencent – which, not entirely coincidentally, just posted its best quarter ever and is now at a record high valuation of US$326 billion. But it may not be great news for people in general. China’s internet, which is already a virtual intranet thanks to the Great Firewall, seems to be in the process of shrinking even further, compressed onto a platform that is owned not by the people or the government, but by a for-profit corporation.

In a world where most Chinese internet interactions happen through WeChat’s platform, Tencent gains a disconcerting level of control over everything from business to entertainment to public discourse. If you’re a startup founder, for example, it might choose to block mentions of your business on its platform, or shut down other WeChat channels that connect to your products (sound far-fetched? Actually, that has already happened). Or it might simply use its vast, all-encompassing database of user data to copy your service and market a WeChat version of it that’s more convenient to all your customers. Even in a best-case scenario, if WeChat is China’s everything app, then businesses have to play by Tencent’s rules or forget about getting access to a vast majority of the internet-using population.

The more widely-used WeChat becomes, the more difficult extricating oneself from the platform becomes.

Needless to say, there are also serious security implications inherent in any market where people meet their every need through a single app. Already, if your WeChat account is hacked, the hackers could have access to everything from your bank accounts and your friends’ contacts to your health records and your shopping habits. The more everyday activities shift onto WeChat, the worse such a breach becomes.

And in this hypothetical WeChat world, if the entire system ever went down – imagine Tencent itself was hacked, or simply pushed a faulty update – Chinese internet commerce itself would come to a grinding halt.

We’re not there yet, obviously. Tencent still has powerful competitors in Baidu and Alibaba, and although Chinese internet users love WeChat, they’re still using other platforms, too. That said, it’s difficult to find a metric that isn’t trending in Tencent’s direction these days. Across a wide variety of internet verticals, Tencent is steadily creeping up on – or surpassing – competitors thanks in no small part to WeChat’s ubiquity. Once those competitors get far enough behind, they become functionally irrelevant, and Tencent gets the power to do more or less what it wants with that vertical.

While in theory users could choose to opt-out if WeChat reaches that level of control, the more widely-used WeChat becomes for aspects of everyday life (and the more of its competitors are eliminated) the more difficult extricating oneself from the platform becomes. It’s hassle enough to switch between chat apps. Imagine the hassle of switching away from an app that controlled your banking, shopping, food ordering, utility and bill payments, workplace communications, news and entertainment consumption, gaming and more, especially given that viable mobile competitors for some of those services might not be easy to find. While technically consumers always have the choice of not using WeChat, the bigger and more popular it gets, the less practical a choice that is.

Interestingly, the biggest barrier to WeChat eating China’s internet could be the government itself. China does have an antitrust law, and Tencent has already been sued for violating it once, although it was ultimately cleared. Legally speaking, challengers would need to prove that Tencent had somehow abused its position as the market leader with WeChat to have any hope of effecting change.

The legal implications of WeChat’s further growth may be best left for another day (and for someone who, unlike me, is knowledgeable about Chinese law). But it may be worth toning down some of the exuberance over WeChat’s impressive growth and its increasingly all-encompassing feature set. Yes, it offers incredible convenience, but you may find it less convenient when Tencent’s behemoth katamari rolls over your favorite corner of the internet.