At 5 years old, Grab wants to use its reach to offer more consumer services 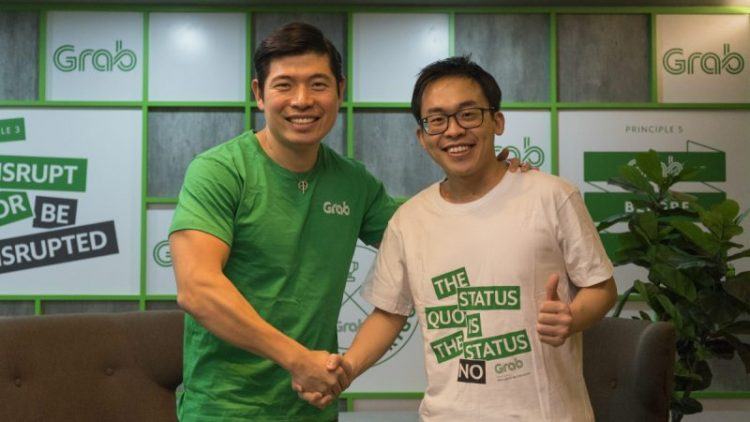 Grab started out in Malaysia as a mobile app that aggregates taxi operators, making it easier to order a cab.

Five years later, it’s rivaling Uber in Southeast Asia with an array of on-demand transportation options. Like Uber, it continues innovating in this realm. But it’s also becoming more diverse than the US counterpart. Grab is pushing into digital payments and commerce, which heats up competition with Indonesian competitor Go-Jek.

Waiting to be disrupted

Grab co-founder and CEO Anthony Tan emphasized this ambition at the startup’s fifth anniversary event today. Grab wants to be the number one provider of online-to-offline (O2O) services, he said. O2O is a term to describe services that bridge the digital and offline worlds.

Grab has been trialing food and parcel delivery in some of its markets. But so far, it hasn’t diversified as much as Go-Jek when it comes to types of services it offers.

On top of transportation, courier services, and food delivery, Go-Jek has things like house cleaning, medicine delivery, and on-demand massages. It has started to unbundle some of these into standalone apps.

“There are many O2O consumer services waiting to be disrupted,” Tan said but didn’t specify if Grab plans to launch any that are similar to Go-Jek’s. 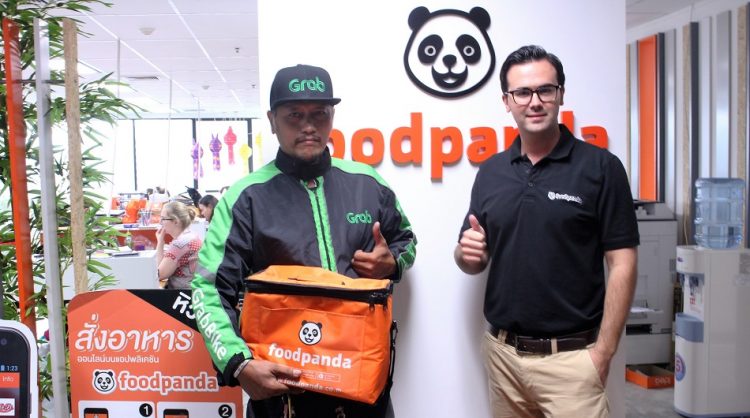 However, he emphasized the importance of first- and last-mile services, which include deliveries and transportation, and mentioned the potential of retail, hospitality, and lifestyle sectors.

All services are linked to Grab’s payments system, GrabPay. Users can store credit in a digital wallet, which makes future transactions fast and cashless. Go-Jek has a similar feature, called Go-Pay.

Tan said that Grab wants to “win payments in Southeast Asia.” He pointed to the example of PayPal and how it leveraged eBay’s massive reach to cement its position as a payment platform, saying that Grab’s installed base can be the groundwork for its payments services.

Based on its recent acquisition of Indonesian startup Kudo, it’s likely that Grab’s approach to a wider range of O2O services will differ from Go-Jek’s. Kudo is engaged in assisted online shopping.

The app lets individuals become online sales agents. They help others place online purchases and earn a cut from each sale. Kudo agents can sell products like travel tickets and electricity vouchers, but also fashion and household products from its own collection and a number of online stores, like Lazada and BerryBenka.

In Indonesia, about half of the population is online. Human assistance could help accelerate the adoption of online shopping and digital payments. Kudo had 400,000 agents at the time it was acquired.

Go-Jek can’t comment on whether it also has plans to venture into this type of assisted online shopping, a company spokesperson told Tech in Asia today.

While payments and commerce is an important new frontier for Grab, its transportation features are still evolving.

In Jakarta, Grab plans to test GrabNow, a feature which lets riders book a GrabBike rider they just flagged down, without having to wait for the app to run through its match-making algorithm.

More sophisticated tech, like telematics for monitoring speeding, braking, and swerving, which are intended to encourage safer driving behavior, were among the innovations in transportation announced at Grab’s fifth anniversary event today.

Recent announcements include launching GrabShuttle, a service for booking seats on fixed bus lines that are determined by user demand. Grab is working with data from Singapore’s Government Technology Agency on this.

Grab says it has close to 1 million drivers across the region and clocks up to 2.5 million rides daily.

Go-Jek told Tech in Asia today that it has more than 250,000 drivers. It operates in Indonesia only. Go-Jek also works with about 700 people who provide the on-demand services that are bundled under the Go-Life app, like massages. It declined to share the number of daily rides. Uber declined to share the current number of rides and drivers in its network in Southeast Asia.