Looking for funding? Here are the 10 most active investors in India 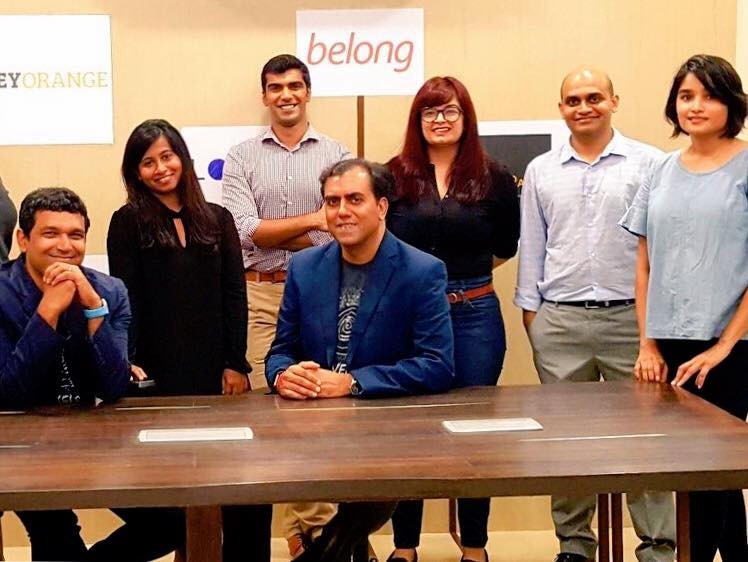 India is on track for a record level of funding this year. It comes after a steep fall in 2016 as the market went into correction mode from the 2015 boom. But even in the midst of the trough in 2016, deal activity saw no letup, with 965 deals in all in 2016, compared to 881 in 2015. The squeeze came in the series A and later stages, while early stage deals continued to be made as investors bet on the long-term potential of the Indian market.

See: After steep fall in 2016, India is on track for record funding level this year

Not surprisingly, early stage investors are among the most active in India, shows new data from venture capital analytics firm CB Insights. Mumbai-based Blume Ventures heads the pack, with 76 investments from the start of 2012 to June 20, 2017. Blume is followed by the Indian Angel Network for this period. Global VC firms Sequoia Capital and Accel Partners are tied at third place with their India-focused funds.

Here’s a rundown of the top 10 most active investors in India, and where they’ve been putting their money:

This is one of the first homegrown VC firms in India, founded in 2010 by Karthik Reddy and Sanjay Nath who had both had stints in the US before returning home and becoming investors. Apart from funding, they are passionate about investing their time into mentoring startups and leveraging their global network of corporate and investor connections. A Blume Ventures entourage of investors and founders recently went on a tour of China’s tech hubs on a mission of learning and partnering.

See: Alibaba and the 40 founders from India

Blume’s biggest bet was participating in a US$30 million series B funding of GreyOrange, an outlier that has won major clients in India and abroad for its warehouse robots. TaxiForSure, acquired by Indian ride-hailing app Ola, IoT-based energy saver Zenatix, and Indian bitcoin company Unocoin are among its early bets into 76 startups over the past five years.

This is the country’s oldest network of angel investors, having started in 2006 at a nascent stage for the startup ecosystem. It has been spreading its wings of late into new lands, the latest being a base in Tel Aviv to invest in Israeli startups.

CB Insights data shows 64 investments by the Indian Angel Network since 2012. Hi-tech ventures like Unbxd, which uses cloud-based artificial intelligence for product discovery in ecommerce, speech recognition software maker Uniphore, and logistics analytics company LogiNext are among its promising bets. It has also had a few flameouts, the biggest of them being the shutdown of homestay portal Stayzilla.

See: 25 failed startups in India and what you can learn from them

Global VC firm Sequoia Capital has five India-focused funds, with a total value of US$3.2 billion. It raised its fifth India fund of US$930 million last year, and recently topped up its earlier fourth fund by US$125 million to take it to US$850 million. Many of India’s well-known startups – Ola, Oyo, Zomato, Practo, Byju’s, UrbanLadder, BankBazaar, DailyHunt – have Sequoia backing.

Accel Partners is the other American VC firm with an active India unit, which manages over US$1 billion. Its fifth fund for India, announced earlier this year, raised US$450 million from investors, in a strong thumbs-up for the Indian ecosystem. It has made 55 bets since 2012, the same number as Sequoia. Standouts among them are Flipkart, Swiggy, PropTiger, BookMyShow, and Freshdesk (now renamed Freshworks).

See: The unfair advantage Indian SaaS startups have over rivals around the world

Angel networks are among the most active early stage investors in India. So it’s not surprising to see a second one in this list after the Indian Angel Network. Mumbai Angels too dates back to 2006 when angel investing was in its infancy in India. The two co-founders of Blume Ventures, the VC firm topping this list, were earlier with Mumbai Angels. Among the 48 deals by Mumbai Angels since 2012 are AppsDaily, Purplle, NowFloats, and eDreams Edusoft.

Apart from being one of India’s earliest homegrown VC firms, Kalaari Capital also stands out for being led by a woman technopreneur-turned-VC, Vani Kola. It made early bets into India’s ecommerce, investing in fashion portal Myntra and ecommerce site Snapdeal. Flipkart acquired Myntra in 2014, and is currently negotiating to buy rival Snapdeal – albeit at a fraction of its peak valuation. BlueStone, Zivame, and Robosoft are among its notable investments – 43 of them since the beginning of 2012.

See: 10 women entrepreneurs in India who smashed the glass ceiling

IDG Ventures from San Francisco is one of the biggest investors in Asia, with funds in China, Korea, and Vietnam, apart from India. It closed its third fund in March this year, with a corpus of US$200 million. Its first India fund dates back to 2007. Yatra, Lenskart, iProf, and Nestaway are well-known investments. More recently, it has invested in AI startups like Active.ai and SigTuple for a total count of 40 investments since 2012.

Most of India’s consumer internet unicorns figure in the portfolio of New York hedge fund Tiger Global Management – Flipkart, Ola, Quikr, Shopclues, Hike. Most of them came in the boom year of 2015 when Tiger Global was on the rampage with 18 investments in India. But it cooled off last year, and hasn’t been in the headlines recently. Tiger Global still makes the cut, with 36 investments since 2012. But last year, it mostly focused on salvaging its biggest India bet Flipkart, which came under immense pressure from Amazon.

Born in India, with headquarters in Hong Kong, Saif Partners was one of the first large VC firms to bet on India from way back in 2002. It has made 35 investments since 2012, and is currently on the road to raise a US$350 million fund – its third one dedicated to India. This will take its assets under management to over US$1 billion.

Its star investment is digital payments and ecommerce company Paytm, which raised US$1.4 billion from SoftBank a couple of months ago. Treebo and ClearTax are other notables in its portfolio. Some promising bets did not pan out because of market conditions and other reasons, the most notable of them being used car marketplace GoZoomo.

This India-focused VC firm, based in Mauritius, dates back to 2006. One of its co-founders, Sanjeev Aggarwal, recently partnered with tech billionaire Nandan Nilekani to start a US$100 million fund focused on helping growth stage startups scale up and hit the big league. Helion Ventures has made 31 investments since 2012, including BigBasket, Yepme, Toppr, and GoZefo.

Apart from institutional investors, there have also been active individual investors in the ecosystem. The most active of them has been Rajan Anandan, VP of Google India and Southeast Asia, who closed 39 deals in the given period. Two others were People Group CEO Anupam Mittal with 25 deals, and biz tycoon Ratan Tata, who invested in 24 companies.