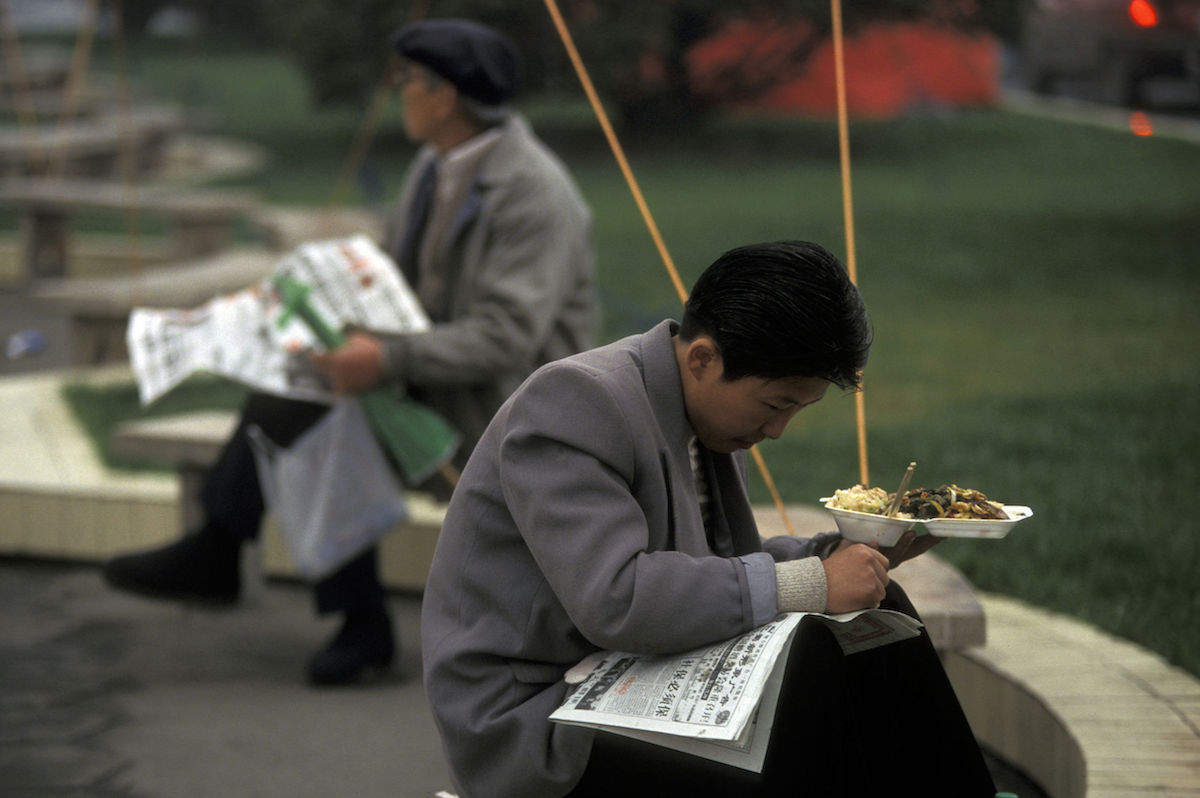 Reading the newspaper in a park in the city of Chengdu, Sichuan province. Photo credit: urfl / 123RF.

Every single day, 100 million people in China open an app called Toutiao to catch up on the news.

Its stories – as many as 200,000 articles and videos each day – are picked and arranged by AI, plucked from around 4,000 news outlets across the country. The app gradually learns whether users want serious news or Buzzfeed-esque snackables.

The startup is now raising US$2 billion at a valuation of US$20 billion, reports Reuters today, citing people familiar with the matter. Toutiao didn’t confirm the report.

As a startup born in 2012, its rise has alarmed both China’s tech giants and media empires, which see the app – its full name, Jinri Toutiao, means “Today’s Headlines” – stealing away people’s time and attention. That’s bad news for their ad revenues.

News Must Not Be Hijacked By Algorithms, thundered a state-run People’s Daily headline last month in an article widely interpreted as an attack on Toutiao. “News apps drunk on technologies and algorithms have become more and more basic and coarse,” said the article. “Just open a single article and they will rapidly flood your screen with related content, without even extending you the right of refusal.” Catching up on the… er… news earlier today in Toutiao. Photo credit: Tech in Asia.

See: These are China’s 15 most well-funded startups

Toutiao is growing despite the huge popularity of WeChat, the messaging app which many people also use to catch up on reading by following its Facebook-style accounts for media outlets and bloggers.

Like Google News (Google is blocked in China; so is Facebook; and also pretty much everything else that’s foreign), Toutiao is controversial for the way it skims content from around the web. It relies on advertising, last year pulling in US$869 million in revenue.

The next step for the startup is producing its own content. It already has an AI reporter that can automatically generate short news reports on European soccer games, and this year it’s also trying out its own videos.

Even with the rumored US$20 billion valuation, Toutiao still has to prove that it’s not yet another evanescent reader app in the mold of Flipboard or Prismatic. Remember them?