“I call myself a serial failure,” quips Pitstop founder Mihir Mohan when I ask him about his earlier startup adventures. That was unexpected.

I have heard countless people describing themselves as “serial entrepreneurs” but never a “serial failure.” No matter what statistics say about 95 percent of startups around the world failing within years, failure – especially one’s own – isn’t something entrepreneurs joke about.

But Mohan was talking to me after raising US$1 million in a pre-series A round co-led by Singapore’s Goldbell Group and India’s Blume Ventures for his latest startup, Pitstop.

The Pitstop’s tech stack will go live in Singapore in a month’s time.

This investment came after he raised US$350,000 in seed rounds in May and December 2016. The funding had come from 15 angel investors. Most of them were experienced founders and senior executives, like Ramakant Sharma (founder of Livspace) and Anurag Srivastava (co-founder of Jungle Ventures). Edureka founders Lovleen Bhatia and Kapil Tyagi, former Google India head Shailesh Rao, and Zipdial co-founder Amiya Pathak jumped in too, to name a few. Alex Chua, chief operating officer of Goldbell Group, invested US$75,000 in his personal capacity last year, and knew Pitstop well before Goldbell joined the latest round.

Pitstop is a car maintenance and service provider, with a software-as-a-service product for garages and automobile workshops. It’s currently operating across Bangalore, Delhi, and the National Capital Region (NCR) in India. The investors who have backed it are no fools. They are excited about the “multi-billion-dollar opportunity” in building an auto after-sales service platform, says Sajid Fazalbhoy, principal at Blume Ventures.

Pitstop was founded by Mohan and Nirant Ramakuru, both mechanical engineers from Indian Institute of Technology (IIT) – Kanpur, in August, 2015.

The problem statement they began with is simple: car owners need regular servicing and repairs for their vehicles. There are around 28 million cars running on Indian roads alone, so there could be no dearth of demand. But the crunch was in the supply side. 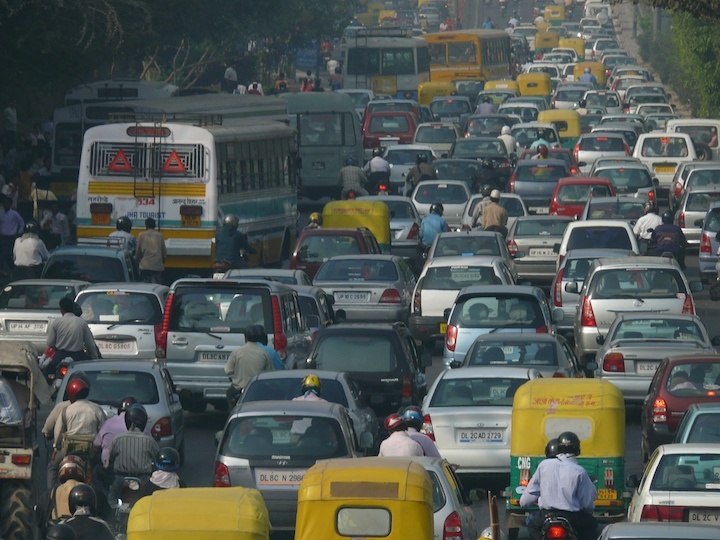 Car owners rarely found garages that delivered reliable, convenient, and economical vehicle servicing. How do you know which roadside garage you could trust with your car – a prized possession for most car owners? Most car brands have their authorized service centers in the cities but they are expensive and often upsell repairs and spare parts to customers. “The authorized centers would charge you for their fancy infrastructure like a lounge to wait while your car is getting serviced – which isn’t really an enjoyable thing to watch. What we are saying is you should not be paying for their sofas and tiles,” says Mohan.

Pitstop has tied up with around 90 garages in Bangalore and 50 in Delhi and surrounding areas. “We have deeply integrated with them. We provide these garages with three things: consistent business, which is their main need; technology and other tools to make sure that business is run efficiently; and spare parts, which are critical from a customer’s point of view,” Mohan says.

The importance of spare parts should not be underestimated in markets like India rife with fake products.

Here’s how it works for a car owner when you book a service on Pitstop. A team will come to you, inspect your car, and give you a detailed quote for the service, including pictures and descriptions to explain why a particular repair is needed. General servicing, brake overhaul, wiper replacement, and such regular wear-and-tear issues can be done at your doorstep itself. You pay Pitstop for the service.

Pitstop is going after customers with cars in running condition which have minor issues or need periodic maintenance. Higher level repair work like engine overhaul will require a trip to the garage.

“We have measured the time each servicing trip takes – around 90 minutes. At authorized servicing centers, it would take around eight hours,” Mohan says.

There are a lot of startups competing in this space already, many with deep pockets – for example, Bumper, Cartisan, Getcarexpert, and Carworkz by Mahindra. Another younger rival is ServX, which claimed to have helped close to 90,000 users get their cars repaired – over 150,000 repairs – last year. ServX was in the Winter 2017 batch of Y Combinator.

There are several others as well, Mohan agrees. “Some are doing well. Some of them are shutting down,” he says, without specifying who. “We believe that the problem is in the garages. So instead of providing services like pick-and-drop, we focus on the supply side. For our customers, we are the garage. That is our differentiator,” he says. “We have been at it for almost two years now.”

Initially, Pitstop started as an aggregator app for car washing services but shut that down after three months.

“I call myself a serial failure because I have been trying out startup ideas for the last 10 years or so,” Mohan jokes.

Two years ago, he was scouting for opportunities in the conversational commerce space when he noticed how groceries, pharmacies, and spare parts shops were doing brisk business. He gravitated towards auto repairs partly because of his training as a mechanical engineer and also because he found that the industry hasn’t really changed for decades.

“We scouted the market for six months. We pivoted the idea thrice. Almost shut down twice,” he recalls. The initial car wash app got the Pitstop team to interact closely with customers. “Their voice was unanimous, that we do something about the car services and repairs market because it was broken.”

See: Mistakes of its well-funded rivals taught this startup to pivot and steal a march

The space was so unorganized that most garages function haphazardly, he found. “Garages charge based on your appearance. If you are dressed nicely, they will bill you 2,000 rupees (US$30). If you are dressed shabbily, they will charge you a quarter of it. And most local garages shut down after three or four years as they do not get consistent business through the week. Weekends tend to be crowded but the rest of the week they hardly see any customers.”

Mohan shut down the car wash app for two months before restarting with the fresh insights. “It was a space crying for a painkiller. Then we started experiments with authorized dealerships.” Pitstop evolved into its current shape from there.

The US$1 million funding comes after one and a half years at it.

Along the way, Pitstop embarked on a business-to-business mode for servicing as well, catering to companies running fleets of cars. “We have already built a complete tech stack which would help these companies get visibility on service and repair of their cars. Earlier, they used to maintain a paper trail for every car. We have automated all that,” Mohan says, without naming the fleets Pitstop is working with. “Almost 35 percent of what we do is B2B now.”

That’s where the investment from the Goldbell group becomes more interesting. Goldbell group is one of the largest automotive companies in Southeast Asia. It owns leasing companies, car rental companies, and fleets of industrial vehicles. “They were excited about the prospects of technology being used for fleet management, customer convenience, customer transparency, and so on,” Mohan says.

The use of analytics with IoT (internet of things) would create new opportunities for preventive maintenance and higher efficiency going forward.

Pitstop’s software will go live in Singapore in a month’s time, and later in Vietnam and other countries in the region, he says. Goldbell has been helping Pitstop with that.

The startup is holding back on an aggressive expansion in Southeast Asia currently but expects to go full-fledged after a year, during which they plan to offer car servicing in other Indian cities such as Hyderabad, Chennai, Mumbai, and Pune.