HBO recently aired its adaptation of Gillian Flynn’s short novel Sharp Objects, and while I haven’t caught up on the entire thing yet, the first couple of episodes prompted me to dig my copy out to give it a read. I’ve been meaning to pick it up for years after a colleague of mine recommended it, and it seemed as good a time as any.

It’s a grim, modern gothic story, one that delves into the horrors of life on a claustrophobic small town, and the damage that people and families can inflict on one another. It made for the perfect book to delve into at the height of a very warm summer, and I’m eager to see just how well the rest of the TV show lines up with the book.

Here’s seven new science fiction and fantasy novels hitting bookstores in the later half of September that you should check out.

The Left Hand of Darkness by Ursula K. Le Guin

This book became available earlier this month, but it was unveiled after this month’s first book list, so I’m including it here. Le Guin’s novel is a classic science fiction novel. Set on a distant, icy planet, it was one of the first to really explore the nature of gender. The book is one of the latest offerings from The Folio Society, complete with some stunning original artwork. 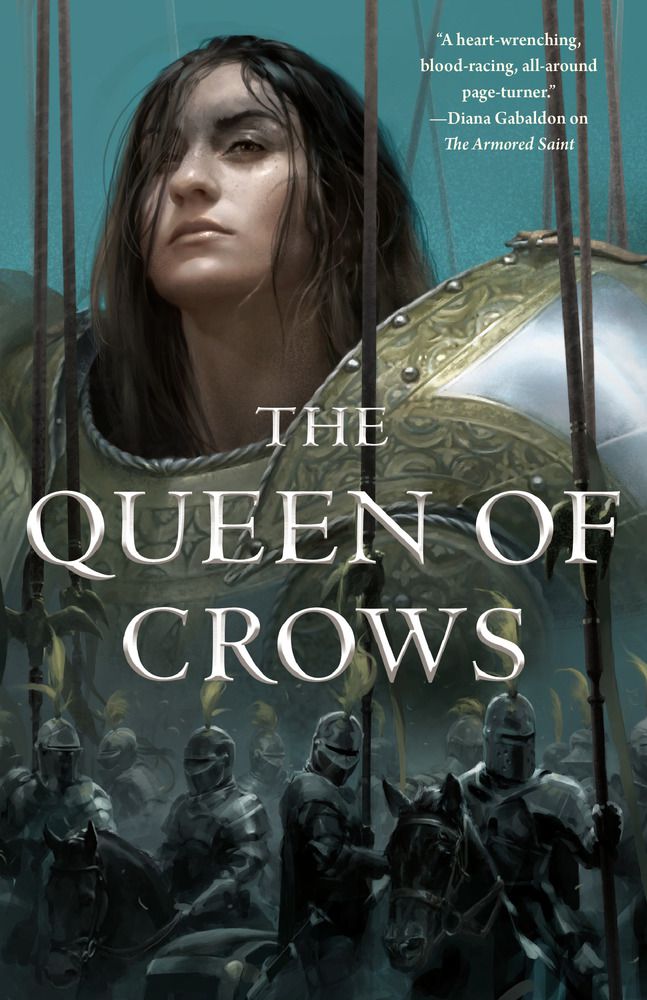 The Queen of Crows by Myke Cole

Myke Cole’s The Armored Saint is one of my favorite books this year: it’s set in an fantastical world where magicians are hunted by a fascist and tyrannical order. In that first book, a villager named Heloise sees the Order’s horrific brutality, and accidentally invites an evil presence into the world, bringing destruction to her village. The Queen of Crows is the second installment in the trilogy, and in it, Heloise has acquired a mechanical suit of armor, and now faces overwhelming odds to protect her village and to lead a growing rebellion.

Daemon Voices: On Stories and Storytelling by Philip Pullman

Philip Pullman is best known for the His Dark Materials trilogy, but he’s also a prolific commentator in the world of writing. Sadly, his next book isn’t the sequel to last year’s La Belle Sauvage, but is a book of essays that explore the nature of storytelling and writing. Publishers Weekly says that “the book is a toolbox stacked with generous, sensible advice for writers and thinkers who agree with Pullman that stories ‘are not luxuries; they’re essential to our wellbeing.’” 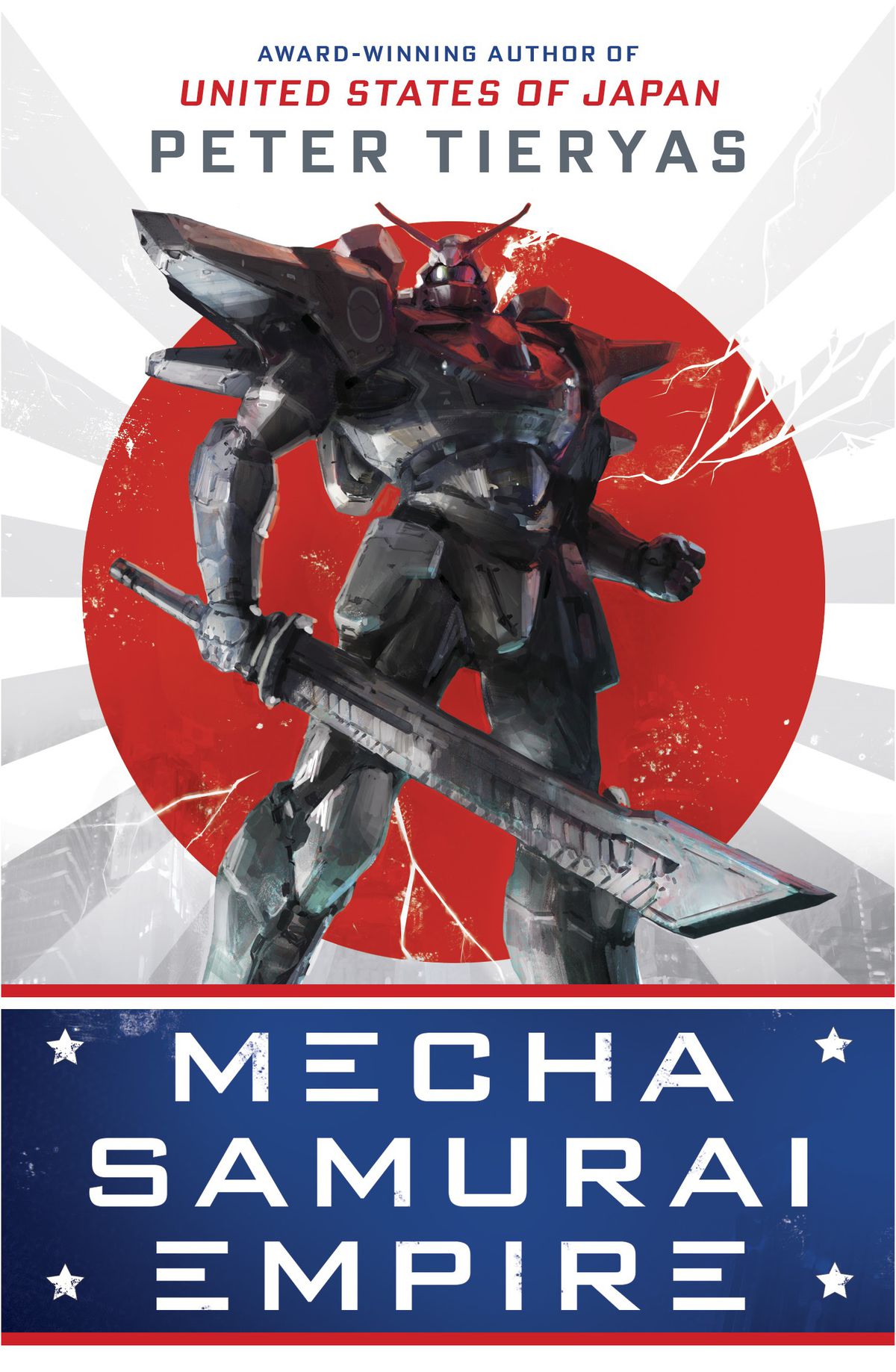 A couple of years ago, Peter Tieryas published his debut novel: United States of Japan, an alternate history in which Japan and Germany won the Second World War, and took over the United States. It was an homage to Philip K. Dick’s novel with the same premise, Man in the High Castle, but with giant mechs.

Now, Tieryas is returning to the same world with a new, standalone adventure following a kid named Makoto Fujimoto. Fujimoto dreams of becoming a mech pilot, and his only chance at this dream is to enter the mecha pilot training program at Berkeley Military Academy. But when his test goes wrong, he washes out, and turns his sights on becoming a civilian pilot as tensions between the United States of Japan and Nazi Germany sour, threatening that dream. Publishers Weekly says that “Tieryas perfectly blends humor, action, and romance,” and earlier this year, Tieryas outlined his influences and passion for alternate history.

Game of Luck by Catherine Cerveny

Last year, Catherine Cerveny released Rule of Luck and The Chaos of Luck, set in a far-future solar system and following fortune-teller Felicia Sevigny. In this latest installment of the series, an Earth-wide government, OneGov, is beginning to collapse and Felicia is using her card-reading abilities to stay ahead of the game. When members of her family begin to vanish, it’s up to her to find them as a revolution looms. 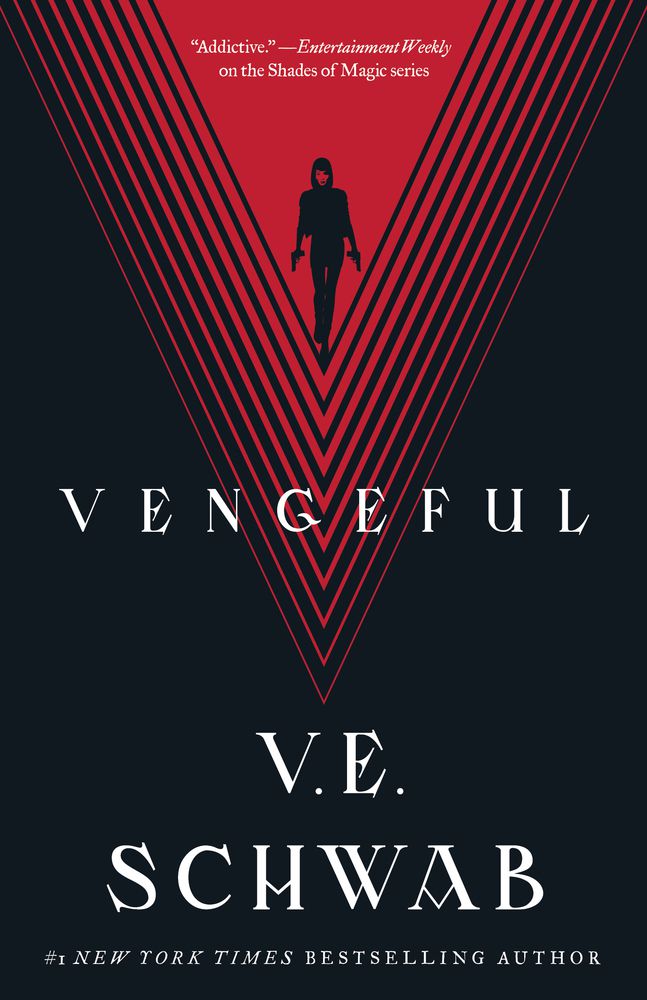 In her 2013 novel Vicious, V.E. Schwab introduced readers to Victor Vale and Eli Ever, two brilliant students who discover that during a near-death experience, a person could develop superpowers. The two turn from friends to bitter rivals, with deadly consequences. In this sequel, Vengeful, Victor is resurrected five years later, and as he works to rebuild his life, he and Eli face a new challenge: a woman with powers named Marcella Riggins, who works to pit both men against one another. Kirkus Reviews gave the book a starred review, saying that “readers won’t be able to put down this dark and riveting tale of power and revenge.”