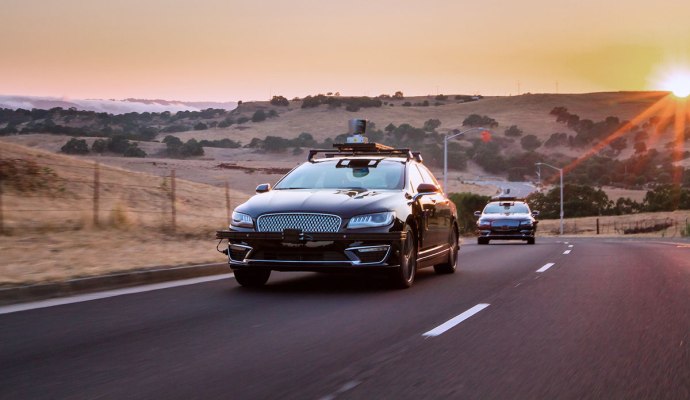 Aurora, the buzzy self-driving car startup, has become the first company officially authorized by the Pennsylvania Department of Transportation to test its vehicles on public roads.

Welcome to the wacky world of autonomous vehicles, where the state and local agencies are often playing policy catch-up to technological advancements.

Pennsylvania, and specifically Pittsburgh, is already a hotbed of AV testing and research with Carnegie Mellon University, Aurora, Argo AI and Uber ATG all located in the area.

This authorized tester designation is part of an automated vehicle testing guidance developed by a task force and released in July. The guidance is meant to help regulators better monitor and track autonomous vehicle testing in the state.

The key word in there is “guidance.” Pennsylvania law allows testing of highly automated vehicles as long as there’s a licensed driver behind the wheel who can take control if needed.

In other words, going through an application process to become an authorized tester is voluntary. And Aurora was the first to comply.

Aurora explained in a blog post Wednesday that it voluntarily complied with PennDOT’s request “because we believe this will help the communities in and around Pittsburgh to be aware of Aurora, our testing, our commitment to safety, and our vision for a self-driving future.”

Aurora will provide PennDOT information about where it’s testing, the conditions under which it tests, the internal checks and safety measures used, the vetting and training of vehicle operators and details about how its self-driving system works.

Aurora doesn’t hire independent contractors as test drivers. Instead it uses full-time employees who go through a 12-week training program that includes a defensive driving course and coursework on how to operate the self-driving system safely. The test drivers undergo weekly, quarterly and annual refresher trainings, according to Aurora. The company also requires two people in test vehicles when driving in autonomous mode.

It’s a small, notable progression in Aurora’s big year of firsts. The company, founded by Sterling Anderson, Drew Bagnell and Chris Urmson, announced partnerships with Volkswagen Group, Hyundai and Chinese electric vehicle startup Byton. It’s made some key hires, including SpaceX’s former head of software engineering, Jinnah Hosein, who is leading a software engineering team. And it has three locations — its headquarters in Palo Alto as well as offices in San Francisco and Pittsburgh.

It’s also noteworthy for the state. The guidance lays the foundation for future legislation or policies that would provide greater oversight on autonomous vehicles testing and even opens the door for testing vehicles without a human driver behind the wheel.