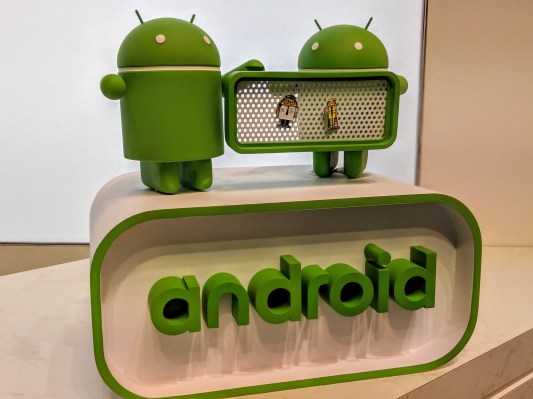 Google has announced changes to the licensing model for its Android mobile operating system in Europe,  including introducing a fee for licensing some of its own brand apps, saying it’s doing so to comply with a major European antitrust ruling this summer.

In July the region’s antitrust regulators hit Google with a recordbreaking $5BN fine for violations pertaining to Android, finding the company had abused the dominance of the platform by requiring manufacturers pre-install other Google apps in order to license its popular Play app store.

Regulators also found Google had made payments to manufacturers and mobile network operators in exchange for exclusively pre-installing Google Search on their devices, and used Play store licensing to prevent manufacturers from selling devices based on Android forks.

Google disputes the Commission’s findings, and last week filed its appeal — a legal process that could take years. But in the meanwhile it’s making changes to how it licenses Android in Europe to avoid the risk of additional penalties heaped on top of the antitrust fine.

Under updated “compatibility agreements”, he writes that mobile device makers will be able to build and sell Android devices intended for the European Economic Area (EEA) both with and without Google mobile apps preloaded — something Google’s same ‘compatibility’ contracts restricted them from doing before, when it was strictly either/or (either you made Android forks, or you made Android devices with Google apps — not both).

However the company is also changing how it licenses the full Android bundle — which previously required OEMs to load devices with the Google mobile application suite, Google Search and the Chrome browser in order to be able to offer the popular Play Store — by introducing fees for OEMs wanting to pre-load a subset of those same apps under “a new paid licensing agreement for smartphones and tablets shipped into the EEA”.

Though Google stresses there will be no charge for using the Android platform itself. (So a pure fork without any Google services preloaded still wouldn’t require a fee.)

Google also appears to be splitting out Google Search and Chrome from the rest of the Google apps in its mobile suite (which traditionally means stuff like YouTube, the Play Store, Gmail, Google Maps, although Lockheimer’s blog post does not make it clear which exact apps he’s talking about) — letting OEMs selectively unbundle some Google apps, albeit potentially for a fee, depending on the apps in question.

“[D]evice manufacturers will be able to license the Google mobile application suite separately from the Google Search App or the Chrome browser,” is what Lockheimer unilluminatingly writes.

Perhaps Google wants future unbundled Android forks to still be able to have Google Search or Chrome, even if they don’t have the Play store, but it’s really not at all clear which configurations of Google apps will be permitted under the new licensing terms, and which won’t.

“Since the pre-installation of Google Search and Chrome together with our other apps helped us fund the development and free distribution of Android, we will introduce a new paid licensing agreement for smartphones and tablets shipped into the EEA. Android will remain free and open source,” Lockheimer adds, without specifying what the fees will be either.

“We’ll also offer new commercial agreements to partners for the non-exclusive pre-installation and placement of Google Search and Chrome. As before, competing apps may be pre-installed alongside ours,” he continues to complete his trio of poorly explained licensing changes.

We’ve asked Google to clarify the various permitted and not permitted app configurations, as well as which apps will require a fee (and which won’t), and how much the fees will be, and will update this post with any response.

The devil in all those details should become clear soon though, as Google says the new licensing options will come into effect on October 29 for all new (Android based) smartphones and tablets launched in the EEA.