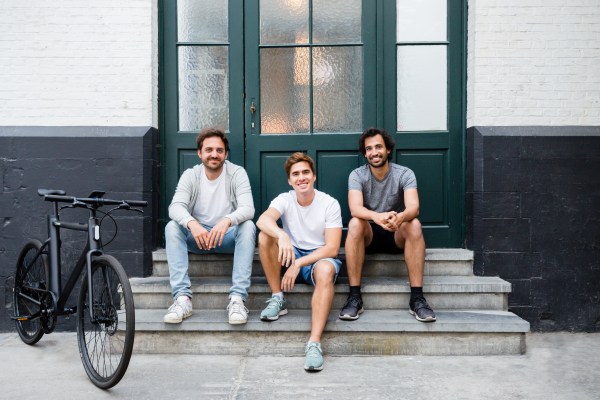 Cowboy, the Belgian startup that designed and sells a smarter electronic bicycle, has raised €10 million in Series A funding.

Leading the round is Tiger Global Management, with participation from previous backers Index Ventures and Hardware Club. The new capital will be used to scale operations and expand beyond Belgium into Germany, U.K., Netherlands and France.

This included making the Cowboy bike lighter in weight and more stylish than models from incumbents, and adding automatic motor assistance. The latter utilizes built-in sensor technology that measures speed and torque, and adjusts to pedaling style and force to deliver an added boost of motor-assisted speed at key moments, e.g. when you start pedaling, accelerate or go uphill.

In addition, Cowboy’s “smart” features powered by the Cowboy app enables the device to be switched on and off, track location, provide “ride stats” and support remote troubleshooting and software updates. A theft detection feature is also promised soon.

“We designed the Cowboy bike to appeal specifically to people who are yet to be convinced that electric bikes are a practical and mainstream mode of transport,” says Adrien Roose, Cowboy’s CEO, in a statement.

“We focused our attention on the three main reasons people are reluctant to purchase electric bikes: high cost, poor design and redundant technology — or a combination of the above — and we set about fixing them all.”