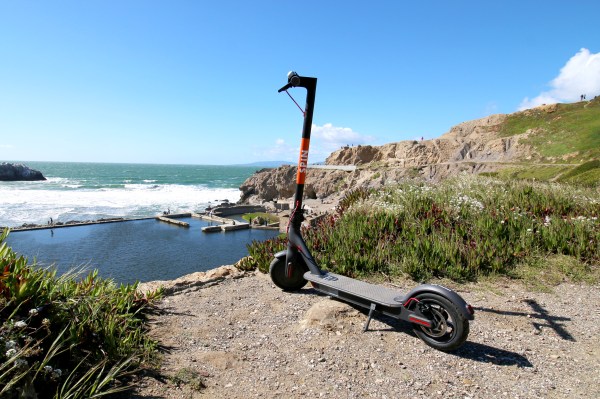 Ford is buying electric scooter startup Spin, Axios reports. The deal, according to a source close to the matter, “the total consideration in the deal was close to $100m.” Axios had previously reported the price tag was around $40 million.

Spin was one of the three companies that initially deployed its scooters in San Francisco back in March. Along with Bird and Lime, Spin was forced to remove its electric scooters from the city until the city determined a permitting process. Since failing to receive a permit to operate, Spin has been one of the more quiet scooter startups in the industry. Though, next week, Spin is meeting with the city of San Francisco to appeal the denial of its permit to operate electric scooters in the city.

As of June, Spin had a contract with electric scooter manufacturer Ninebot, owned by Segway, to purchase 30,000 scooters a month through the end of this year, according to a source. It’s not completely clear why Ford feels the need to acquire Spin — let alone any electric scooter company — instead of just forming partnerships with scooter manufacturers to launch its own service.

That same month, Spin was in the process of finalizing a $125 million security token. The idea with Spin’s security token offering is to raise money from accredited investors, who will then be entitled to a portion of the revenue from Spin’s electric scooter operations, according to a source close to Spin. With STOs, investors can buy tokens that are linked to real-world financial instruments. In the case of Spin’s offering, the tokens are linked to its revenue. Spin had previously raised $8 million in traditional venture funding.

In February, Spin officially entered the electric scooter space after first deploying stationless bikes in South San Francisco and Seattle. Spin had previously only operated a bike-share platform. Last August, Spin brought its stationless bike-share program to South San Francisco after launching in Seattle earlier that year. Then, in January, Spin unveiled its stationless electric bike. However, Spin is now solely focused on electric scooters, according to a source close to Spin.

Over the last year or so, shared electric scooter services have gone from being non-existent to almost everywhere, operated by nearly everyone you would and would not expect. That includes Bird, the Santa Monica-based scooter startup worth north of $2 billion, Lime, another electric scooter unicorn that recently formed a partnership with Uber, Uber’s JUMP, Boosted Board co-founder Sanjay Dastoor’s new startup Skip, Lyft and so many others.

I’ve reached out to Ford and Spin and will update this story if I hear back.