Virgin Hyperloop One has a new CEO and board chairman 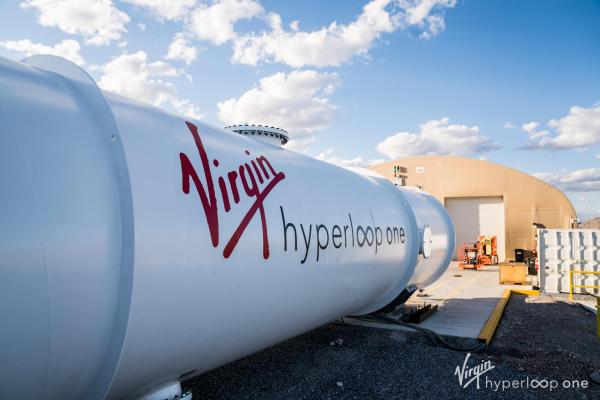 High-speed futuristic transportation company Virgin Hyperloop One is changing up its leadership.

CEO Rob Lloyd has left after three years at the helm and Jay Walder, who ran bike-sharing operator Motivate, is now heading up Virgin Hyperloop One, the company said Thursday.

Sir Richard Branson, who stepped down as chairman in October, has been replaced with Sultan Ahmed bin Sulayem, chairman and CEO of the United Arab Emirates shipping and logistics company DP World.

DP World, which participated in Virgin Hyperloop One’s latest financing round, is now the company’s largest investor. DP World first invested in the company in 2016. Earlier this year, the two companies launched a logistics joint venture to develop hyperloop transport for cargo.

Walder is also joining the board of directors.

Virgin Hyperloop One said that the new senior management team will focus on commercialization, specifically a proposed hyperloop system in India.

Walder has a long history in transportation. He most recently ran Motivate, the largest bike-share company in North America. Motivate, which was acquired by Lyft in July, operates bike share programs in New York as CitiBike, in Washington, D.C. as Capital Bikeshare, and in San Francisco as Ford GoBike, among others.

Walder helped modernize London’s aging mass transit system as the agency’s managing director and then went on to serve as chairman and CEO of the Metropolitan Transportation Authority in New York. He later became CEO of MTR Corporation in Hong Kong.

“I have focused my career on using technology to advance innovation in transportation, so I could not pass up the opportunity to lead the company that has pioneered hyperloop,” Walder said in a statement.

Virgin Hyperloop One has had a bumpy ride in its short life. The company, which began as Hyperloop One before it was rebranded in October 2017 after Virgin’s investment, was embroiled in a lawsuit with a co-founder and several employees. The parties reached a settlement in 2016.

The company has also lost several executives and board members, including co-founder Shervin Pishevar, who took a leave of absence in December after Bloomberg reported on multiple claims of sexual misconduct. Branson replaced Pishevar, who also stepped down from his venture firm Sherpa Capital.

Virgin Hyperloop One has had success as well, raising capital, forming partnerships, conducting feasibility studies and running tests of the high-speed technology. Tesla and SpaceX CEO Elon Musk first proposed the hyperloop — a system of reduced-pressure tubes that would hurtle people and packages long distances at super speeds — in a nearly 60-page public white paper in 2013.

Today, the company is focused on its project in India. The government recently declared the Pune-Mumbai hyperloop project as a public infrastructure project with international consortium DP World and Virgin Hyperloop One.

The Virgin Hyperloop One-DP World consortium must now wait and see if it will be awarded a concession for the project. If it is, the company expects to start construction on the 11 km test loop in 2019. When completed, hyperloop can reduce the travel time between Mumbai and Pune from about 4 hours to 25 minutes, according to Virgin Hyperloop One.