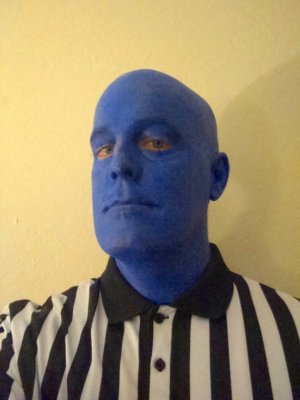 It was, in short, a year tailor-made for The Jons, an annual award celebrating tech’s more dubious achievers, named, in an awe-inspiring fit of humility, after myself. So let’s get to it! With very little further ado, I give you: the fourth annual Jon Awards for Dubious Technical Achievement!

To Elon Musk, who in the past year went from (in many eyes) “messiah who could do no wrong” to “man who has paid a $20 million fine and stepped down as chairman in order to settle with the SEC regarding allegations of tweeted fraud; been sued for very publicly accusing a stranger of pedophilia with no evidence; feuded with Azealia Banks; been roundly criticized for the conditions in Tesla’s factories; and been pilloried (though also, and to my mind more accurately, tentatively praised) for his new Boring Tunnel.” Don’t have heroes, kids.

Surprisingly, despite the previous award, this one goes to the herds of bears who spent much of the year claiming that Tesla’s imminent doom and bankruptcy would become obvious and indisputable any day now. The roars of the bears seem to have grown much quieter of late, probably because the Model 3’s production rate has rocketed from 1,000 per week at the start of the year to 1,000 per day of late. No mean feat on the part of Tesla employees.

To Donald Trump, who apparently continues to use an insecure iPhone which the Chinese and Russians listen in on. The good news? Officials have “confidence he was not spilling secrets because he rarely digs into the details of the intelligence he is shown and is not well versed in the operational specifics of military or covert activities.” Put less diplomatically, the President of the United States doesn’t pay enough attention to briefings to have any important secrets to share. Nothing to worry about there! Trump responded by tweeting a denial, saying he only had a “seldom used government cell phone” … from the iOS Twitter app.

It’s too easy and obvious to give this award to John McAfee, who I suspect of actually angling for a Jon year after year. And as a believer that cryptocurrencies have long-term importance, I’m not going to award anyone for their less-outlandish-than-McAfee medium-term beliefs. So this award goes to Bitcoin uberbull Tom Lee, who claimed Bitcoin would end the year at $15,000 … in the second half of November. There’s a point you almost have to admire; the point at which hype becomes delusion.

THE SURE BUT IT’S A MORE CONNECTED KIND OF MISERY, EXPLOITATION, AND DISINFORMATION AWARD FOR DESTROYING THE GLOBAL VILLAGE IN ORDER TO SAVE IT

Not to Mark Zuckerberg, actually, whose company has, in its zeal for connecting the world, and its belief that this is always and automatically a good thing, amplified genocide, provided a platform for manipulation and disinformation which may have helped tip the Brexit referendum, and 2016 presidential election (both of which were admittedly so close that there were probably dozens of aspects which “helped tip” them) and is increasingly widely viewed as a significant net negative for the world thanks to its business model of incentivizing “engagement” above all else. He’d be a worthy recipient, but this goes to Sheryl Sandberg, for epitomizing Facebook leadership’s thin-skinned tunnel vision wherein they automatically suspect anyone who criticizes Facebook of having a bad-faith ulterior motive, when she “asked Facebook’s communications staff to research George Soros’s financial interests in the wake of his high-profile attacks on tech companies.”

(Note that there are at least two intellectually consistent approaches here: one is to be explicitly supportive of social media companies moderating speech; another is to favor non-algorithmic, non-amplifying, non-optimized-for-engagement, strict-chronological feeds)

THE COMETH THE HOUR, COMETH THE SPECTACULARLY OUT-OF-TOUCH COVEN OF CLUELESS OLD WHITE MEN AWARD FOR REMINDING US THAT SOMETIMES THE CURE IS WORSE THAN THE DISEASE

To the members of the United States Congress, both houses, for making Mark Zuckerberg and Sundar Pichai seem cuddly, friendly, wise, warm, human, plugged-in, and in-touch with the common man and woman, by comparison with their unbelievably clueless question. Who can forget “Senator, we sell ads,” and/or “Congressman, iPhone is made by a different company”?

To Lime, Bird, and the other scooter companies whose products have spent the year being thrown by the dozen into Lake Merritt in the heart of Oakland, presumably with the collective intent of turning that empty water into reclaimed land, just as downtown San Francisco is built on the carcasses of sailing ships from the 49er gold rush.

To Tribune Publishing, until recently known as Tronc, for reminding us of their unbelievably terrible name when they finally — finally! — decided to abandon it in favor of something not risible. A small silver second-place award goes to Oath, the owner of TechCrunch, for thereby rising to the top of the “Worst Media Company Name” rankings.

To Twitter, who, when noted far-right wacko Laura Loomer handcuffed herself to Twitter’s NYC building after she was permanently banned by them for hate speech, responded by — brilliantly — doing nothing at all. They did not ask the police to remove her. They did not press charges. They ignored her completely. And Loomer went from “she will not remove the handcuffs until CEO Jack Dorsey reinstates her account” to “After several hours of complaining about the cold, Loomer eventually requested to be removed from the door.”

To Google, obviously, for being forced to come to terms with what sure looks from the outside like a culture of pervasive sexual harassment by a massive employee walkout in the same year its plans for a new censorship-friendly China search engine leaked. Look not for the trigram in thy brother’s eye, etc.

To He Jiankui, the self-funded doctor who apparently brought us the world’s first two human babies genetically edited via CRISPR, without letting anything like an ethics review board, a well-considered benefit/risk ratio, the pre-existence of well-established less-dangerous ways to achieve the allegedly desired result, or anything else stand in his way. But then, if he had, that wouldn’t really have captured the 2018zeitgeist, would it?

To Juul, which has made a ridiculous boatload of money and more importantly made a lot of people seem very silly as they moral-panic about vaping as if it is the same as smoking, and others seem just as silly as they moral-panic about that moral panic as if vaping has been guaranteed on stone tablets to have no deleterious side effects at all. Where is the nuanced middle? Ah, let’s not kid ourselves, it’s 2018, no one cares about the nuanced middle any more. Bring on the outrage!

THE LISTEN UP YOUNG WHIPPERSNAPPER I WAS THE CEO OF A CYBERSECURITY FIRM AND THE PRESIDENT’S CYBERSECURITY ADVISOR I’LL HAVE YOU KNOW AWARD FOR NOT ACTUALLY KNOWING ANYTHING AT ALL ABOUT HOW TO CYBER THE CYBER. CYBER!

To Rudy Giuliani, who really was the CEO of a cybersecurity firm (Cyber!) and really was the president’s cybersecurity advisor (Cyber! Cyber!) and yet, as shown by his bewildering yet hilarious accusations that one of his tweets was sabotaged by Twitter, does not actually understand the Internet at all. Or, we may presume, the cyber. Cyber!

To Ericsson, who accidentally disabled phone service for hours for tens of millions of people around the globe because it failed to renew a (presumably TLS) software certificate used by its switching services ahead of its expiry. You can get those for free and automatically these days, btw. Never mind the cyber (Cyber!) attackers; it’s malingering incompetence that will get us all in the end. Speaking of which …

To the authorities at Gatwick university, who first shut down one of the busiest airports in Europe for almost a day and a half during the pre-Christmas rush because there were reports of drones seen over its runways; then said they couldn’t possibly shoot down those drones for fear the stray bullets might harm someone; then conceded the possibility that there were no drones at all (though it seems like there probably were); then arrested a couple who turned out to be completely innocent; then reopened the airport with no resolution but that of the installation of an expensive new anti-drone system and the discovery of a single, untraced, damaged drone. This dithering paralysis raises many terrifying questions. I have two in particular. One: the people in charge of Gatwick — again, one of Europe’s biggest and busiest airports — never done any threat modelling / scenario analysis / contingency planning at all? And two: how many minutes-rather-than-hours would this shutdown have lasted if it had happened at a major airport in, say, Texas, before the bullet-ridden carcasses of the drones in question were dragged off the runway? I guess we’ll never know. But it gives me a certain dubious pleasure to bequeath to Gatwick, an airport I have known and disliked for many years, this year’s Jon of Jons.

Congratulations, of a sort, to all the winners of the Jons! All recipients shall receive a bobblehead of myself made up as a Blue Man, as per the image on this post, which will doubtless become coveted and increasingly valuable collectibles. (And needless to say sometime next year they will become redeemable for JonCoin.) And, of course, all winners shall be remembered by posterity forevermore.

1Bobbleheads shall only be distributed if and when available and convenient. The eventual existence of said bobbleheads is not guaranteed or indeed even particularly likely. Not valid on days named after Norse or Roman gods. All rights reserved, especially those rights about which we have reservations.