The Smartest Tech Products of 2018

Picking a product of the year is anything but trivial because the products I cover every week range from headphones to laptops to books, cars and more. So, I thought I’d try something different this year and pick six products that each deserve the title and then name a winner that stands out from the rest.

This allows me to simplify the task and get around a bit of a writer’s block I’ve been having on this subject. The six products will be a book, a car, a laptop, a smart speaker, Security, and a component.

Book: ‘Lab Rats: How Silicon Valley Made Work Miserable for the Rest of Us’

It really came down to two books for me this year: Brotopia, by Emily Chang, which speaks to the massive misogyny and abuse of women in some of the most powerful companies in Silicon Valley; and Lab Rats by Dan Lyons. 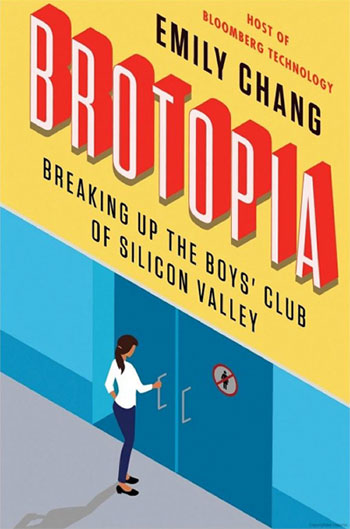 Of the two books, Lab Rats seemed more sweeping to me. It effectively showcases practices that helped establish and protect those whose abuse of women is recounted in Brotopia. Put differently, I don’t think you can fix the problems highlighted in Brotopia unless you fix the problems that Lyons points out in his book.

Both books should be on your must-read list, however, if you really want to understand why businesses in general seem so clueless about changing perceptions, norms, and civil behavior.

I kind of had to make the I-Pace the car of the year because I bought one. Haven’t seen much of it over the last three weeks because a software bug has kept it in service for nearly three weeks (I’ve only driven it one day).

Still it was the first car that showcased someone else other than Tesla. (Funny story: A friend of mine who got a Tesla 3 pointed out he had issues as well, because his car was delivered incompletely assembled and missing a bunch of parts.)

I’m starting to think maybe that a firm like Samsung should build these things, given they are basically rolling appliances. In any case, what makes the I-Pace different is that it is a small SUV, it is very attractive, it can be driven on the track without overheating (something that plagues most Teslas), and it got me promoted to Moderator on the Jaguar Forum.

This category presented a surprisingly hard choice because it came down to two products that I think would be better off merged: the Lenovo Yoga C630 Always-Connected-PC and the HP Spectre Folio.

Both products have built in WAN capability and both have decent battery life. The Lenovo uses the new Qualcomm 850 Snapdragon processor and has decent performance and the HP a mobile processor from Intel. 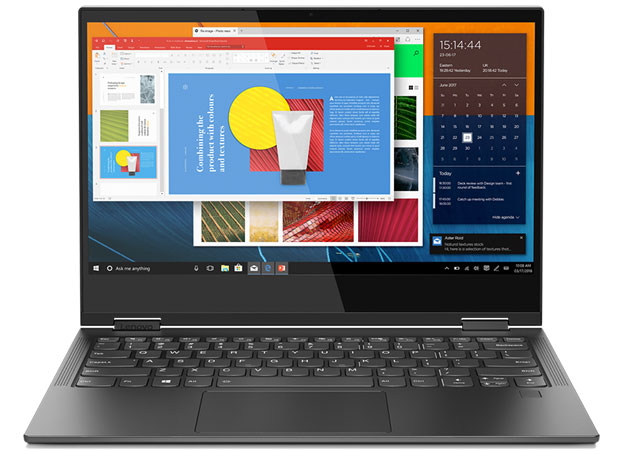 What tipped the scale for me is that the HP is leather wrapped and is really the only 2-in-1 I’ve ever thought was useful hand held as a tablet. Also, the cantilevered design allows it to be better used as a movie machine on an airplane. (You can put the Lenovo in tent mode, but it is less elegant.) 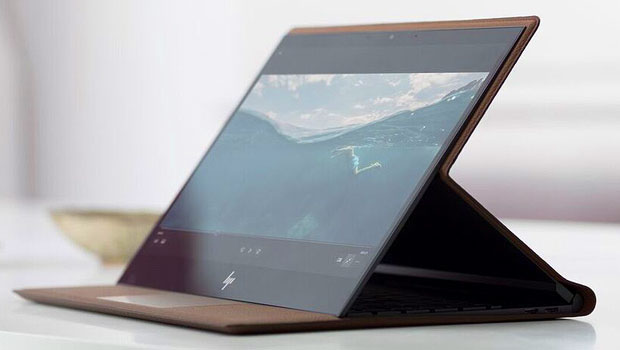 The Lenovo gets you to truly appreciate long battery life, but it is closer to a traditional 2-in-1 while the HP, to me, is far more innovative. And, for me, innovation wins. (Now if it only came in black… .)

This came down to a race between the new Amazon Echo Show and the Lenovo Smart Display. 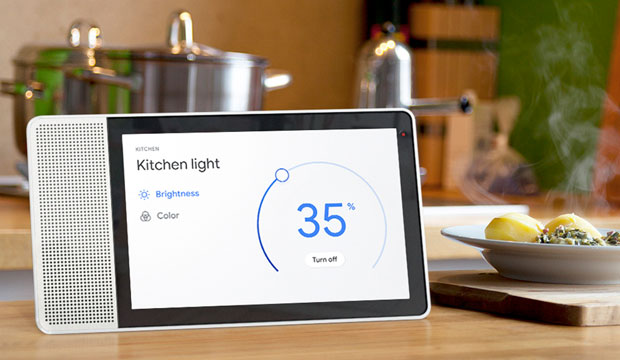 The Amazon Echo Show is a great update on the old Echo Show I’ve been using for some time, and it is no slouch.

We mostly use these things as speakers, though, and the lack of creative naming has the Amazon product responding to the TV and to phone conversations at an annoying rate.

The two products that came to mind as contenders were the Arlo Security cameras and Deep Instinct, a deep learning antivirus product that is almost magically powerful.

The Arlo Security cameras (I have around 10 of them) address a number of concerns surrounding package stealing, and just keeping an eye on my house and pets while I’m traveling.

However, Deep Instinct, the first AV program I’m aware of to use deep learning to keep us safe, is a symbol of the increasingly smart future. Deep learning allows a machine to teach itself at its speed and, when done right, results in systems that gain intelligence at an unimaginable rate.

Deep learning eventually will come to cameras (the Arlo line does use AI to distinguish between things like people, cars and pets), and eventually we’ll not only see who stole a package but also have the thief’s name and address. Until then, though, Deep Instinct is the more powerful product to keep us safe.

This category came down to the AMD Threadripper Processor, which I’ve grown to love and the new RTX Graphics Card from Nvidia.

Threadripper is roundly thrashing Intel’s underwhelming entry, but it is on its second generation and not really new for this year.

Nvidia’s RTX platform is new for this year, and its claim to fame is almost a superpower — up sampling lower resolution content to higher resolutions, and the ability to use AI to go from wire frame and story board content to fully rendered content at some point.

I’ve always sucked at drawing, which is a tad embarrassing, given that both my mother and stepmother were artists, but the RTX platform might turn me into a viable artist. That gave it the edge.

Deep learning represents the future of AI, and it is slowly migrating into everything we touch and use. Deep Instinct is a showcase both for how that power should be used (to keep us safe) and for how effective it is.

In the tests I’ve seen, it simply overwhelms even machine learning-based competitors, and it makes traditional AV products look like they are from the wrong century.

Next week I’ll share some insights about the amazing products we’ll likely see at CES. Here is wishing you all a Happy New Year!

The opinions expressed in this article are those of the author and do not necessarily reflect the views of ECT News Network.

Rob Enderle has been an ECT News Network columnist since 2003. His areas of interest include AI, autonomous driving, drones, personal technology, emerging technology, regulation, litigation, M&E, and technology in politics. He has an MBA in human resources, marketing and computer science. He is also a certified management accountant. Enderle currently is president and principal analyst of the Enderle Group, a consultancy that serves the technology industry. He formerly served as a senior research fellow at Giga Information Group and Forrester. Email Rob.