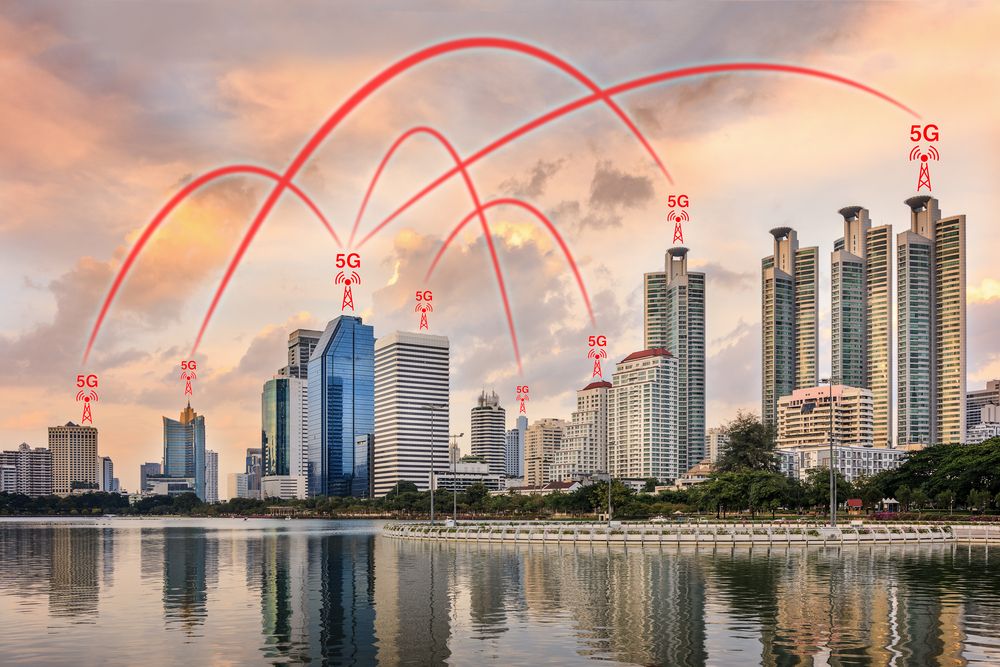 There is hardly a country in the world where rural connectivity is not a problem. The vastness and density of modern conurbations make providing fast and resilient mobile connectivity a significant challenge, but rural areas are in a different category. With dispersed populations and poor infrastructure, the business case for stepping up the speed and coverage of connectivity in the rural hinterland can be very difficult to make.

Despite its relatively high population density, the UK is no exception. At the end of last year, Ofcom, the UK’s telecoms regulator, revealed that 82 per cent of properties in the rural areas do not receive a 4G signal from all of the major phone networks, compared with 36 per cent in urban areas. It came as no surprise that what is arguably the first live trial of 5G in the UK (by EE) would be in London, at Canary Wharf in October, in a square where as many as 150,000 people pass through on an average day. Cities may race ahead in the connectivity stakes, leaving leafier areas trailing way behind.

In June this year, Sharon White, Ofcom’s chief executive said that although the number of premises without high quality 4G reception had fallen from 11 million to less than one million since 2015, there was still a gap between rural and urban Britain. Announcing a series of measures to tackle the problem she said most of the country’s major road network and about a quarter of the UK landmass lacks comprehensive mobile coverage. As if to underline the problem, Ofcom subsequently launched separate investigations into the rural coverage claims of two of the major networks. Yet even existing 4G coverage can prove unreliable. Only this month (November) millions of O2 subscribers found they had no access to data services. What hope is there for rural areas of obtaining 5G when current 4G falls down from time to time?

The divide is difficult to overcome

To be fair right around the world it has proved extremely hard to eradicate differences in connectivity quality between metropolitan areas and the countryside.

In western Europe, the urban-rural disparity is relatively small when it comes to 2G networks. While universal 2G coverage can be found in urban areas, more than 90 per cent of rural areas are connected, though the exact proportion differs from country to country, depending on size and how difficult it is to implement mobile networks.

England in particular sits at the higher end of the scale for all types of coverage (2G, 3G and 4G) when compared with the rest of Europe. This puts English businesses at a distinct competitive advantage, though there is still plenty of work to be done before the gap is closed, which explains Ofcom’s understandable pressure to improve the extent of high-quality signal coverage.

The drag on rural business

Poor connectivity denies rural areas all the advantages of fast and available mobile connectivity. Small and medium-sized companies in such locations suffer doubly. On the one hand, low data transfer rates put them at a competitive disadvantage when compared with competitors in urban areas with high-quality coverage. But they also find it more difficult to recruit employees who are willing to move to rural areas where the fast mobile connectivity they are accustomed to is largely unavailable.

Flight from rural areas is proving to be a substantial problem around the globe, as younger people especially move en masse to the cities where there are perceived to be greater opportunities. The availability of more up-to-date telecommunications infrastructure will undoubtedly play a significant role in countering this trend.

It is a quality-of-life question for many potential employees now. If coverage is weak or intermittent, they will not be able to access the full range of modern services, particularly those developed with 4G networks in mind. This includes everything from traffic information to accessing data stored in the cloud and the streaming of music or videos. Simple tasks such as browsing the web on mobile devices are also badly affected by poor connectivity, resulting in unsatisfying latency issues. While the coverage gap does not currently apply to voice services, emerging services such as voice over LTE (VoLTE) often require fast and reliable data channels with low latencies. As these services proliferate, the coverage gap will become clearer even to those only using their mobiles for making and taking calls.

A wide urban-rural coverage divide will also prove to be a barrier to the deployment of exciting and emerging technologies such as augmented reality and immersive virtual reality-based devices. Autonomous vehicles, machine-to-machine (M2M) communication and the Internet of Things (IoT) all depend on stable, reliable and fast mobile connections. As things currently stand, these technologies are largely unattainable outside major cities and their absence will continue to be a drag on rural development and prosperity.

Overcoming the difference in performance

In order to overcome the difference in performance, everyone needs access to an updated and detailed view of coverage through continuous testing and monitoring of networks. Such critical work must not be left in the hands of telcos, who are unlikely to be wholly trusted by consumers and professionals. Transparent testing and objective analysis of results are required to provide a baseline which consumer organisations, government agencies and the wider business community can rely on.

Testing by an entirely neutral and independent organisation is a necessity, ensuring results are released year-on-year in order to build a more reliable view of progress towards bringing urban and rural coverage closer. Only when everyone has a common set of data they can entirely rely on, will governments and regulators have all the tools they need to iron out the differences in connectivity between urban and rural areas.

Provision of the best quality of telecoms to rural areas demands regular, rigorous and objective testing. As businesses and consumers in what used to be known as “the provinces” become more sophisticated, improved infrastructure is a critical necessity. The benchmark for progress towards this goal must be completely technologically advanced and totally objective testing of networks and their coverage.