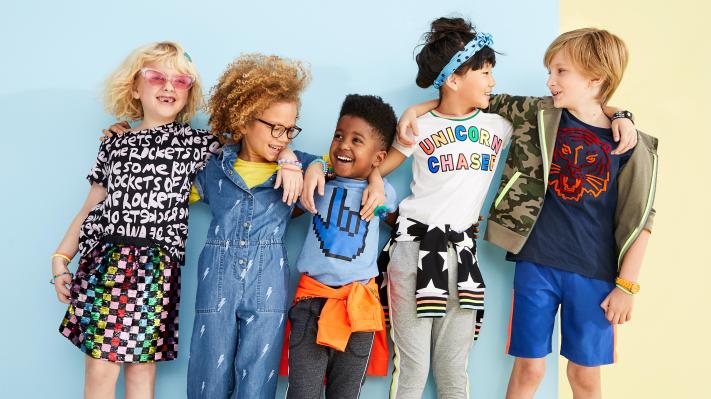 Foot Locker is taking a stake in the subscription-based shopping service, Rockets of Awesome – a startup that’s something of a “StitchFix for kids,” in that it sends out a personalized selection of children’s apparel in seasonal boxes, shipped to customers’ homes. The companies announced today that Foot Locker has made a $12.5 million minority investment into Launch Kids, Inc., dba Rockets of Awesome, which is part of the startup’s larger $19.5 million Series C.

This is a notable expansion for the kids’ clothing subscription service, which before now had focused on its personalized boxes and its own e-commerce sales, not an in-store presence.

The idea for Rockets of Awesome is similar to that of other clothing-in-a-box services, most notably StitchFix or Trunk Club for adults. But it also rivals those aimed at children like Kidbox, which announced a $15.3 million raise of its own last spring.

As a parent herself (married to Warby Parker co-founder Neil Blumenthal), she was first focused on building a shopping site for new moms. Through user feedback, she learned that parents still ran into challenges shopping for kids as they got past the car seat and stroller phase. Taking kids shopping in stores is often frustrating, and kids outgrow clothes quickly – meaning last year’s summer or winter apparel needs a refresh the following year.

This led to the creation of Rockets of Awesome. The service has parents take a short quiz about their kids’ style preferences, then ships out seasonal boxes of quality, but affordable, clothing. Parents and children can then sort through the clothing, and send back what they don’t want. Parents can also shop Rockets of Awesome clothing from its website.

Each box includes pieces priced at $16 through $38, which tends to be slightly higher than rival Kidbox’s price points – Kidsbox’ whole box of half a dozen pieces can be had for under $100. Rockets of Awesome’s “whole box” deal is $150.

Having personally used both Rockets of Awesome and Kidbox, I’ve found the former’s clothing more expensive, yes, – but also more on-trend. For instance, it quickly picked up on the recent surge of interest in designs where the sequins flip over to change the pattern, unicorns and feminine takes on camo, in girls clothing.

Meanwhile Kidbox – perhaps because it relies on existing brands like Adidas, New Balance, Lucky Brand, and others to fill out its boxes – seems to ship more staples. Both are valuable services in their own way. However, Rockets of Awesome currently sees more traffic than Kidbox, according to data from SimilarWeb, which reports a higher website rank for the former both in the U.S. and worldwide.

Like others in this space, Rockets of Awesome also leverages technology to make data-driven decisions about merchandise R&D – meaning what kids like and parents buy will influence what sorts of things the company sells, combined with elements of human editorial curation.

Foot Locker, meanwhile, benefits not only by diversifying its in-store assortment, but by grabbing a stake in a growing, digital-first brand at a time when the way customers shop is changing. Foot Locker has made other investments in digital-first companies, including sneaker marketplace GOAT, women’s luxury activewear brand Carbon38, tactical play and lifestyle brand Super Heroic, and footwear design academy Pensole.

“Rockets of Awesome is advancing the way parents shop for their kids. Foot Locker is also committed to evolving with the ever-changing retail landscape and adjusting to the speed of our customers. We are excited that our partnership with Rockets of Awesome will enable Kids Foot Locker to deliver new, innovative products and experiences,” said Richard Johnson, Foot Locker Chairman and CEO in a statement.

“We look forward to collaborating with them on brand development, product collections, and go-to-market plans to help realize additional growth for both companies.”

However, Rockets of Awesome tells TechCrunch there are no current plans for Foot Locker items to be included in its boxes. Instead, it aims to leverage Foot Locker’s experience to expand its omnichannel retail channels.

The next step will be to open its own experiential retail location in time for back-to-school.

“Our partnership with Foot Locker is a powerful validation of Rockets of Awesome’s ongoing progress in our mission to simplify parents’ lives and enable them to celebrate real life with their kids,” said Blumenthal. “With Foot Locker’s support, we look forward to bringing our unique, high-quality merchandise and convenient shopping experience to even more families everywhere,” she added.

Foot Locker offers 393 Kids Foot Locker locations across the U.S. and Canada, but it didn’t announce today how many would feature the Rockets of Awesome store-in-store shopping experience, or on what timeframe.

Along with Foot Locker, the Series C round included participation from August Capital, Forerunner Ventures, General Catalyst, Founders Fund, Burda Principal Investments, ACM and Signalfire. It brings the company’s total funding to $49 million, according to Crunchbase.