Zoom addresses CFO’s past workplace conduct ahead of IPO 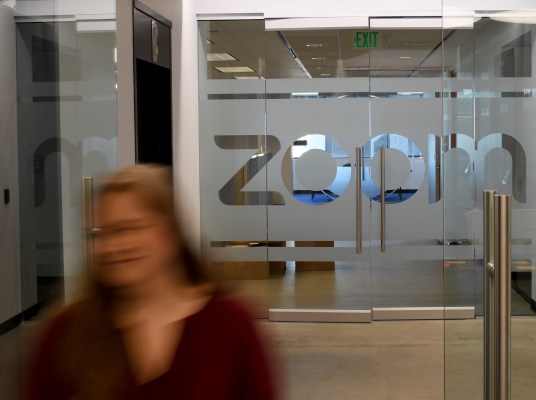 Zoom, the only profitable unicorn in line to go public, priced its initial public offering at between $28 and $32 per share Monday morning. The video conferencing business plans to trade on the Nasdaq under the ticker symbol “ZM.”

Zoom, valued at $1 billion in 2017, initially filed to go public in March. According to its amended IPO filing, the company will raise up to $348.1 million by selling 10.9 million Class A shares. The offering will grant Zoom a fully diluted market value of $8.7 billion, a more than 8x increase to its latest private market valuation.

Although the company has garnered praise for its stellar financials — Zoom posted $330 million in revenue in the year ending January 31, 2019, a remarkable 2x increase year-over-year, with a gross profit of $269.5 million — the road to IPO hasn’t been without hiccups.

The company’s founder and chief executive officer Eric Yuan last night published an open letter concerning the conduct of Zoom’s chief financial officer Kelly Steckelberg. According to the letter, Zoom was recently informed by an anonymous source that Steckelberg had an “undisclosed, consensual relationship” during her tenure at a previous employer.

Steckelberg was most recently the CEO of the online dating site Zoosk; before that, she was a senior director in consumer finance at Cisco. The letter does not specify where the relationship took place, when or with whom.

Losing a CFO mere days before an IPO would have been a major loss for Zoom. CFOs often become the face of the IPO, handling the grueling tasks associated with crafting an IPO prospectus, leading the roadshow and more, while also maintaining day-to-day financial operations.

Yuan writes that the Zoom’s board of directors conducted a full investigation into the matter and determined that Steckelberg would stay on as Zoom’s CFO: “Kelly expressed regret for what transpired at her former employer, took ownership for the situation, and made clear to us that she had learned valuable lessons from the experience,” he wrote.

“We appreciated Kelly’s openness and candor during this process,” he continued. “It is clear that this matter related only to circumstances at her former employer. During Kelly’s tenure at Zoom, she has been an incredible contributor, as well as a model steward of our culture, values, and high standards since joining the Company.”

Zoom, expected to make the final call on its IPO price next Wednesday, will likely price at the top of the range and see a clean pop on its first day on the markets given its clean track record and positive financials. The business was founded in 2011 by Eric Yuan, an early engineer at WebEx, which sold to Cisco for $3.2 billion in 2007. Before launching Zoom, he spent four years at Cisco as its vice president of engineering.

Zoom has raised $145 million to date from investors, including Emergence Capital, which owns a 12.2 percent pre-IPO stake; Sequoia Capital (11.1 percent pre-IPO stake); Digital Mobile Venture (8.5 percent), a fund affiliated with former Zoom board member Samuel Chen; and Bucantini Enterprises Limited (5.9 percent), a fund owned by Li Ka-shing, a Chinese billionaire and among the richest people in the world.