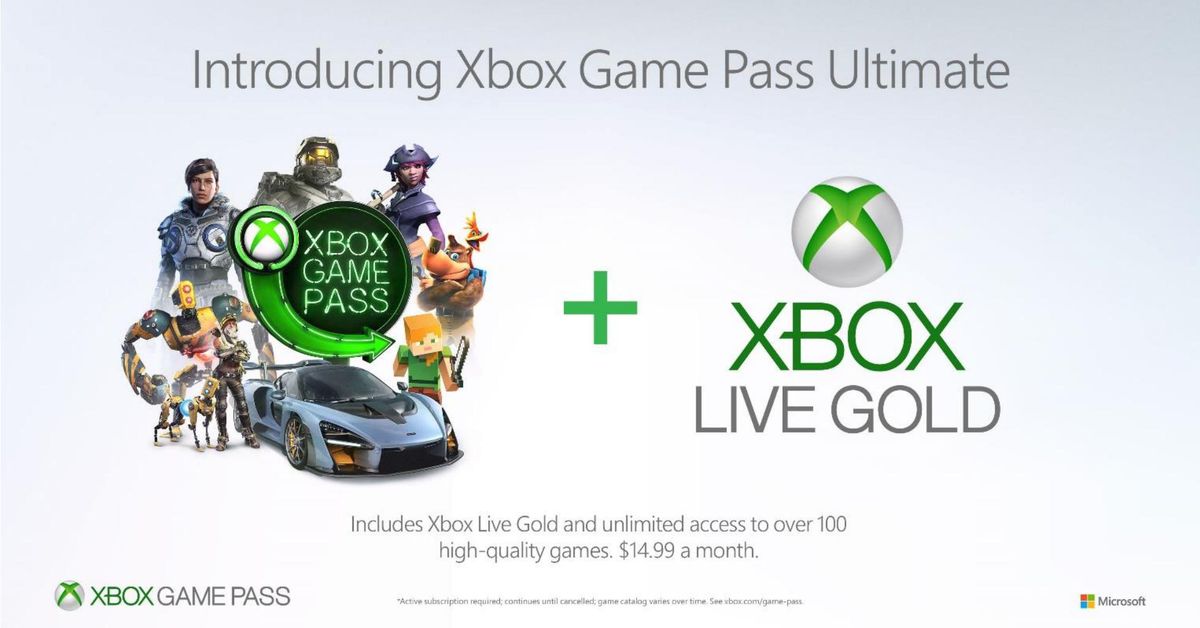 Xbox owners will save around $5 per month compared to the $19.98 monthly subscription price for an existing combination of the two services. Microsoft is only unveiling the new Xbox Game Pass Ultimate subscription today, but the company is beta testing it with its Xbox Insider community before it’s available in all Xbox Game Pass markets later this year.

This isn’t the first time Microsoft has experimented with bundling Xbox services together. Microsoft briefly launched an Xbox All Access subscription last year that included a leased Xbox One X, Xbox Live Gold, and Xbox Game Pass all together for $34.99 per month. It was only a limited time offer, but this new Xbox Game Pass Ultimate looks like the future of Microsoft’s game service offerings.

Microsoft is also working on an xCloud game streaming service that will stream games to PCs, consoles, and mobile devices. Trials of xCloud are expected to go live later this year, but Microsoft has only demonstrated the service and offered some basic details on how it will work so far. It’s still not clear when xCloud will be generally available, or how much a subscription to the service will cost.