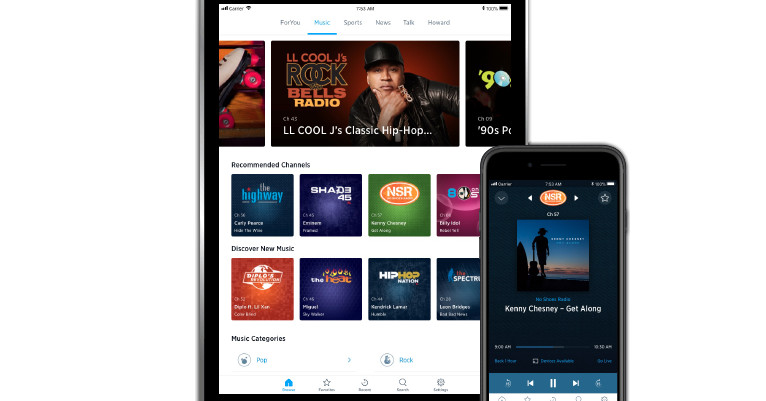 SiriusXM is now offering an $8-per-month streaming music plan that it calls SiriusXM Essential, a bundle of over 300 channels consisting of music, talk radio, comedy, sports, and other content. This new, cheap option doesn’t include Howard Stern’s two channels — you’ve got to step up to Premier for those — and is strictly for online streaming, so it can’t be used with your car’s satellite radio if you’ve got one. But otherwise, the company says you can expect a ton of variety for commercial-free music listening.

The Essential plan has plenty of decade, genre, and artist-specific radio channels: you can see the full list here. Paying for online radio might seem pretty strange to the millions of people using the free, ad-sponsored tiers of Spotify or Pandora. At $8, you’re coming near the cost of Spotify Premium, which lets you play any song on demand. (SiriusXM does at least let you skip songs on its online “Xtra” channels.) It’ll be a little more familiar to everyone who’s subscribed to SiriusXM previously, maybe after buying a new car.

But remember that SiriusXM now owns Pandora, with the combined company tallying over 100 million subscribers, so if you’re using one instead of the other, no big loss. SiriusXM plans to cross-integrate the two services over the coming year so that they become more deeply intertwined.

There are still cheaper ways to listen to SiriusXM than the Essential plan: the company will give you a six-month “Select” subscription for $5 monthly. Outside of that promotion, the Select tier is usually $15.99. But the big trade-off is that it’s only good for in-car listening and lacks any streaming component. The Essential plan is basically the opposite.

SiriusXM says Essential is expressly targeted at a younger audience than the drivers it traditionally serves: “We’ve now created the Essential subscription as an appealing option for the many people, particularly younger consumers, who don’t have a car or don’t spend a lot of time in their car,” reads part of a statement from the company.

If you want to give it a try, SiriusXM is offering a promo where the first three months cost $1.