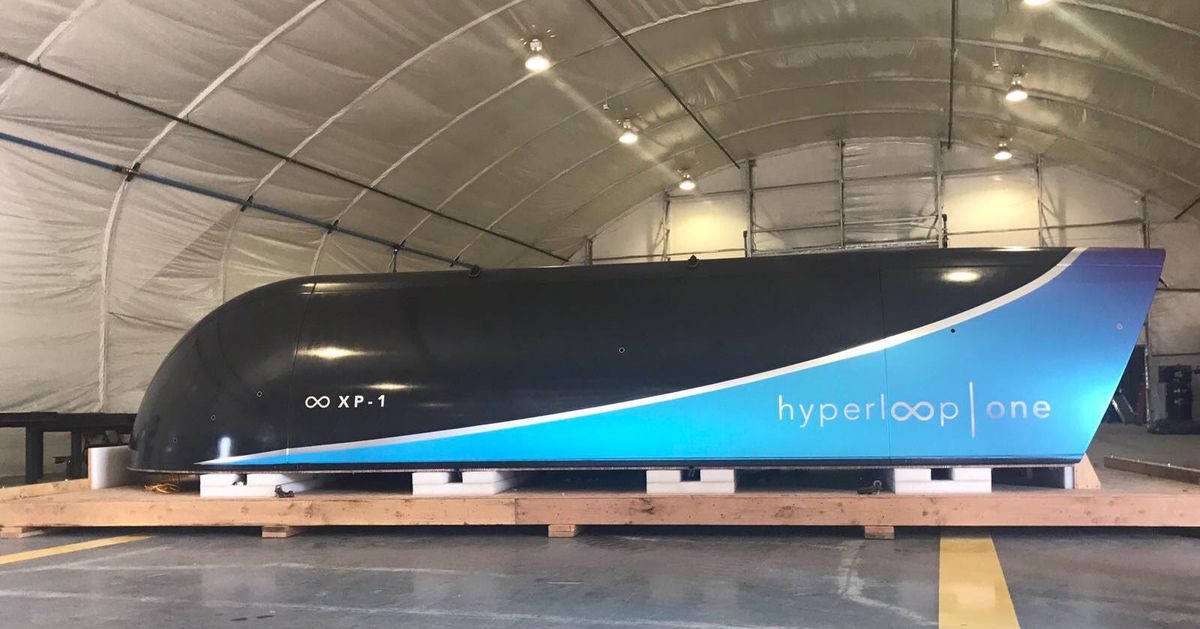 Virgin Hyperloop One has raised $172 million in new funding to bring its futuristic transportation dreams to life, according to new filings with the United States government. At least $90 million has come from existing investor DP World, a major Dubai port operator, The Verge has learned.

The hyperloop startup is also seeking up to $224 million in this equity sale, according to the filing. Eighty investors have contributed to the round, and specific investors weren’t named. The funding amount was disclosed in a new filing with the Securities and Exchange Commission on Tuesday, which was first reported by Crunchbase News.

DP World and Virgin Hyperloop One recently applied for (and were granted) an exemption to the waiting period typically required by the Hart-Scott-Rodino Antitrust Improvements Act of 1976, which covers acquisitions or mergers, according to a newly-public filing with the Federal Trade Commission. Ryan Kelly, Virgin Hyperloop One’s head of marketing and communications, said the startup is not being acquired, and confirmed DP World is leading the funding round, but did not offer any further details about the investment. But he said the amount DP World invested was enough to trigger the disclosure, meaning that the Dubai company invested more than the current $90 million threshold, according to the reporting guidelines on the FTC’s website.

DP World previously invested $25 million in Virgin Hyperloop One and already has two seats on the startup’s board of directors. Additionally, a March filing with the US Patent and Trademark Office shows that much of Virgin Hyperloop One’s intellectual property has been transferred to DP World. (Though Kelly tells The Verge DP World was only temporarily holding the IP as collateral in exchange for a loan that is “no longer outstanding,” and that the IP will soon be assigned back to Virgin Hyperloop One.)

Virgin Hyperloop One had already raised $295 million before this. The last investment was $50 million, which followed a volatile 2016 and 2017. One of Virgin Hyperloop One’s cofounders, Brogan BamBrogan, was pushed out in 2016. BamBrogan filed an explosive lawsuit against the company that was eventually settled. (He went on to found another hyperloop startup called Arrivo that ultimately fell apart last December, as was first reported by The Verge.) In late 2017, a second cofounder — Shervin Pishevar — was ousted over allegations of sexual misconduct.

The company was originally founded as Hyperloop Technologies in 2014; Pishevar changed the name to Hyperloop One. It was one of the first serious players to emerge after SpaceX and Tesla CEO Elon Musk published his white paper in 2013 that kicked off the hyperloop craze. Pishevar brought some big names into Hyperloop One in the early going, too, like former Obama White House deputy chief of staff Jim Messina, and X Prize founder Peter Diamandis.

After Richard Branson invested in the startup in 2017 and became chairman, the company rebranded again, to Virgin Hyperloop One. But the startup’s troubles continued. In 2018, Messina and Diamandis left Virgin Hyperloop One’s board. Another director, Russian billionaire Ziyavudin Magomedov, was arrested on fraud and embezzlement charges unrelated to the company. Branson ultimately left his post as chairman last year after a deal with Saudi Arabia fell through.

Virgin Hyperloop One has a number of other proposals and feasibility studies in the works around the world, but still has not built much actual infrastructure.

Update May 14th, 9:52PM ET: Added information in the fourth paragraph to clarify that DP World only held a security interest in Virgin Hyperloop One’s intellectual property in exchange for a loan.