Where will The Office, Friends, Brooklyn Nine-Nine, and Supernatural be in five years?

Disney is set to take full control of Hulu, which means many beloved NBC shows currently streaming on the platform will disappear by 2024. Between that and AT&T CEO Randall Stephenson confirming that some of WarnerMedia’s most popular series would leave Netflix to land exclusively on the company’s upcoming streaming service, the future of streaming is about to change.

Or to put it simply, the streaming world that most cord-cutting consumers have grown to know over the last few years is coming to an end.

Licensing details have become excruciatingly complicated. The reason for this is because some studios don’t own the distribution rights to their shows that have wound up on independent streaming services. For example, Friends was an NBC show that is distributed by Warner Bros. Television, which is now on Netflix. The nitty-gritty also doesn’t particularly matter to millions of subscribers who just want to know where their favorite shows are going to end up, but those details do matter to content companies with certain distribution rights that are launching streaming services this year and next. Both Netflix’s chief content officer Ted Sarandos and Disney CEO Bob Iger have told investors in previous calls that deals with content owners like WarnerMedia and NBCUniversal are being worked out, but don’t expect Friends, The Office, or ER to stick around. 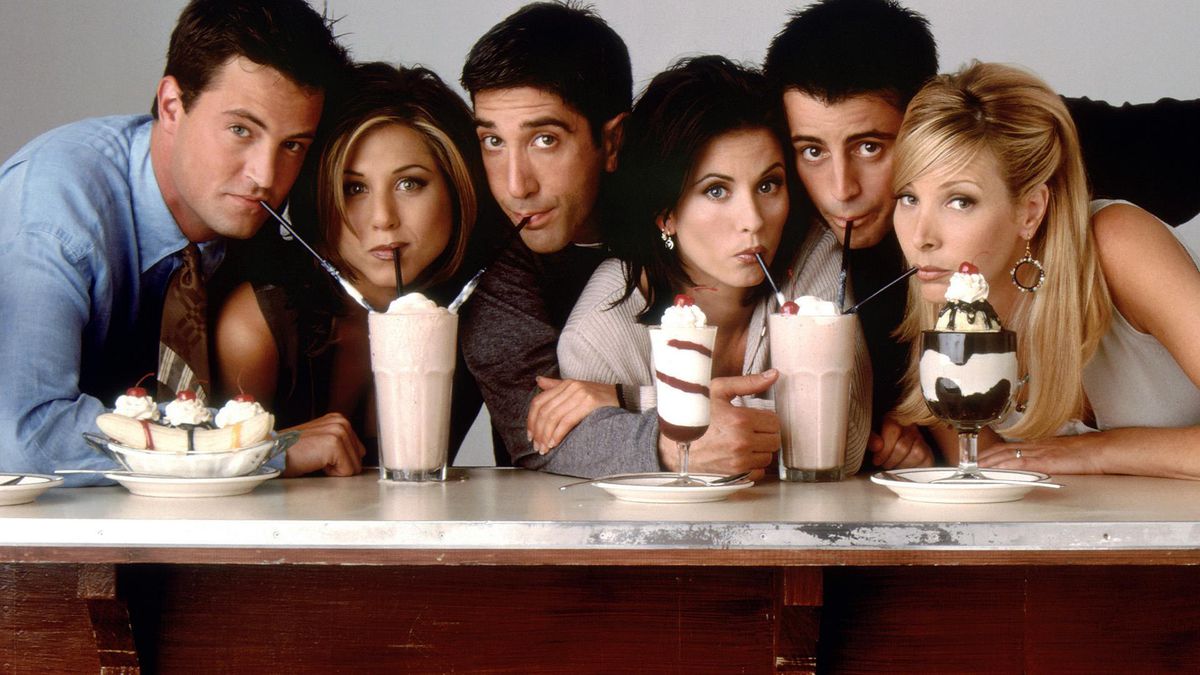 Many of Netflix and Hulu’s most watched shows are poised to leave the services between the beginning of 2020 and 2025. Netflix’s $100 million deal to keep Friends exclusively on its platform ends at the end of this year, and Stephenson wants it on his network’s streaming service. Say goodbye to Friends, Netflix subscribers. Other shows like The Office are also probably leaving Netflix, as Comcast and NBCUniversal gear up for their own streaming service, which is set to launch next year. As The Wall Street Journal reported last month, “the three companies launching new streaming services have created TV shows and movies that make up nearly 40 percent of the viewing minutes on Netflix.”

The Office remains the most-watched show on Netflix, and if the company wants to keep it, there’s a good chance it will cost them even more than $100 million (based on what it paid to keep Friends, the streaming service’s third most popular show).

It’s the same on Hulu’s front. Hulu will retain streaming rights to all of NBCUniversal’s shows already on the platform, according to the company, through 2024. By 2021, NBCUniversal has the right to stream certain shows, like Saturday Night Live and This Is Us on its own platform, but not exclusively. It’s a win-win deal for both companies: NBCUniversal can pay a reduced licensing fee to Hulu in order to get some of its shows on its own platform, and Disney gains full control over Hulu, allowing the company to make decisions without worrying about input from other stakeholders, including the decision to take Hulu international.

But what does this mean for the people sitting at home with a limited entertainment budget who are trying to figure out which streaming services to subscribe to in order to watch Friends, The Office, Parks and Recreation, The Big Bang Theory ER, Bob’s Burgers, South Park, or NCIS?

Unfortunately, we don’t know for certain. None of the various media executives involved have specifically called out individual series. There is enough data, however, to make educated guesses about what shows AT&T and Comcast will want to take for their respective WarnerMedia and NBCUniversal streaming services.

To see the impact of these changes, consider the most popular streaming content today. According to numerous analytics firms in 2018, these were the most-watched licensed shows on Netflix and Hulu in 2018:

Seven of the nine most popular licensed shows on Netflix — comfort TV that people tune in to watch night after night — are likely to be pulled over the next few years. The Office and Parks and Recreation will almost certainly end up exclusively on NBCUniversal’s streaming service. Linda Yaccarino, chairman of advertisements and partnerships at NBCUniversal, told an audience gathered for the company’s Upfront event in New York on May 13th that the company’s most adored series were “coming home,” according to Deadline. The trade publication also reported that NBCUniversal CEO Steve Burke said that company would “try to reclaim titles like The Office once the service launches.”

It’s not just NBCUniversal, though. Based on Stephenson’s comments, shows like Friends, Frasier, and Supernatural would stream exclusively on WarnerMedia’s service. TVLine previously reported that Netflix’s deal with The CW (which is half owned by WarnerMedia) is up this spring, and it’s likely that some of the most popular shows, like Arrow, The Vampire Diaries, and Supernatural would be pulled from Netflix at that time.

“The Office remains the most watched show on Netflix, and if the company wants to keep it, there’s a good chance it will cost them even more than $100 million.”

Other series listed in Netflix’s top nine are also in jeopardy. New Girl already moved over to Hulu following Fox’s deal with the streaming platform. Now that Disney owns Fox and Hulu, it’s likely that New Girl will stay there. Grey’s Anatomy, which runs on Disney-owned ABC, is likely to move to Hulu, too, according to a report from Deadline. Of the nine shows listed above, only NCIS and Criminal Minds, which belong to CBS, are likely to remain on Netflix at this point (unless CBS decides to start withdrawing shows for its own CBS All Access service). The company hasn’t started to do that yet, but considering exclusivity is becoming a major draw in these streaming wars, it could happen.

Hulu is in a slightly different boat because Disney has two major content creators and distributors: Fox and ABC. Iger even told an audience gathered for the MoffettNathanson Media & Communications Summit in New York that the main benefit of taking full control of Hulu was “being able to leverage the content engines the company already has,” according to Deadline.

While This is Us, Law & Order: SVU, and Brooklyn Nine-Nine are likely to leave Hulu and stream on NBCUniversal’s service once their deal is up in 2024, shows like Bob’s Burgers, Family Guy, Grey’s Anatomy, and The Good Doctor are safe on Hulu.

It’s complicated. And with a tangled web of TV licensing, network agreement, and various streaming rights, it can get annoyingly complicated. Here’s a good breakdown by Recode’s Peter Kafka on the rights to This is Us to show just how complicated it gets:

This Is Us is an interesting example of what happens when big TV companies license their stuff to other big TV companies and how that can get very complicated in a streaming world: The hit show was made by 21st Century Fox, and NBC has paid a license fee to air it. Since NBC was (and is) a Hulu owner, Hulu currently has the rights to air the most recent episodes of the show, as well as all the old episodes. But under the terms of NBC’s recent renewal of the show, NBC will have the rights to bring all of the new episodes it is airing to its own, yet-to-be-launched streaming service, in three years. That is: In few years, older episodes of This Is Us will run on Hulu, while every episode that is airing now, and over the next three years, could go to NBCU’s service.

What’s clear from these deals that are still being figured out behind the scenes at major corporations is that some of the best comfort television that subscribers use Netflix and Hulu to watch aren’t going to be on Netflix and Hulu in the coming years. Everything is changing. As streaming becomes the obvious way for television companies and studios to continue selling a product to a cord-cutting customer base, exclusivity is going to become increasingly important.

Enjoy Friends, The Office, and Brooklyn Nine-Nine on Netflix and Hulu now. We won’t be able to soon.