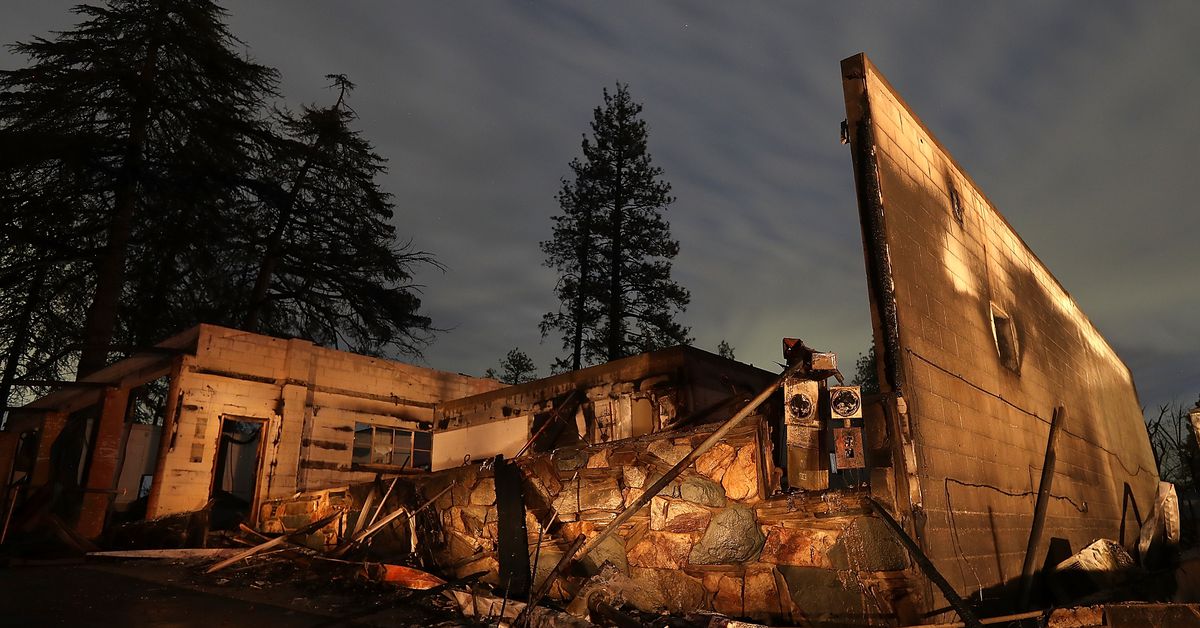 Fire authorities have officially determined that Pacific Gas and Electric Co. was responsible for last year’s deadly Camp Fire in Paradise, California. In a press release earlier today, the California Department of Forestry and Fire Protection (Cal Fire) said that “after a very meticulous and thorough investigation, Cal Fire has determined that the Camp Fire was caused by electrical transmission lines owned and operated by Pacific Gas and Electricity (PG&E) located in the Pulga area.”

The Camp Fire started the morning of November 8th. Cal Fire identified two ignition points, both of which were sparked by PG&E power lines. As Cal Fire notes, the fires then spread with the help of warm temperatures, dry vegetation, and strong winds. The Camp Fire would ultimately burn a total of 153,336 acres and kill 85 people — making it the “deadliest and most destructive fire in California history.”

“Cal Fire announced today that it has determined that PG&E electrical transmission lines near Pulga were a cause of the Camp Fire. PG&E accepts this determination,” said PG&E in a statement.

“Our hearts go out to those who have lost so much, and we remain focused on supporting them through the recovery and rebuilding process. We also want to thank the brave first responders who worked tirelessly to save lives, contain the Camp Fire and protect citizens and communities.

While we have not been able to review Cal Fire’s report, its determination that PG&E transmission lines near the Pulga area ignited the Camp Fire on the morning of November 8, 2018, is consistent with the company’s previous statements. We have not been able to form a conclusion as to whether a second fire ignited as a result of vegetation contact with PG&E electrical distribution lines, as Cal Fire also determined. PG&E is fully cooperating with all ongoing investigations concerning the Camp Fire.”

PG&E was already a likely culprit for the blaze. Earlier this year, it admitted it was “probable” that company equipment had sparked the Camp Fire. It’s been blamed for over 1,500 fires since 2014, and it filed for bankruptcy in January after being sued by several law firms. It’s also — controversially — asked for additional state money to pay for public safety improvements. However, the problem isn’t just faulty equipment from PG&E; it’s the predictable effect of climate change. In 2018, California saw a total of 7,571 fires — and they may only get worse with time.

The Butte County District Attorney’s office called the official announcement “strictly symbolic” in a statement. “The fact the Camp Fire was started by a malfunction of equipment on a Pacific Gas and Electric Company transmission line has been known for months by investigators and had been, essentially, admitted by Pacific Gas and Electric,” the statement says. “The investigation into how and why the PG&E transmission line equipment failed is ongoing in an effort to determine if PG&E or any of its personnel have any criminal liability.”

The office added that the full report will remain confidential until authorities decide whether to file a criminal case.