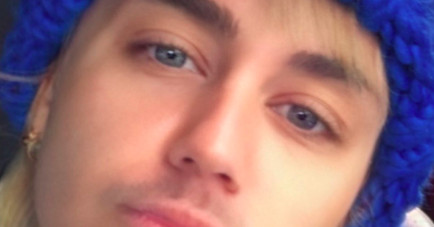 It’s arguable that Snapchat stopped being culturally relevant when Kylie Jenner declared it dead and Rihanna disavowed it. This past weekend, however, it seemed like everyone was re-downloading, reopening, or trying out Snapchat for the first time in years. The cause was two new Snapchat filters, which allow users to look at gender swapped versions of themselves by adding traditional masculine features (beards and short hair) or normative female features (makeup, long hair, and a softer complexion).

The filters quickly spread everywhere outside of Snapchat. Modified selfies appeared all over Twitter, Instagram Stories, and even Facebook. It became immediately clear that participating in the fun online trend this weekend meant downloading Snapchat for a few minutes, going through the process of getting back into a forgotten account, and snapping a few selfies to be shared with friends — just not necessarily to be shared on Snapchat.

Instagram Stories has pulled a lot of people away from Snapchat, but there is something that Snapchat continues to do that draws people back: offer particularly creative filters. Snapchat is best as a content creation platform, and people are appropriately using it like a tool to make engaging photos that they can share elsewhere. The same thing happened recently with Snapchat’s baby filter, when people posted pictures using the filter all over Twitter.

Snapchat has jumped in daily download rankings ever since the gender swap filters took off as a trend, according to web analytics company Similar Web. Celebrities like Miley Cyrus and Sarah Silverman shared their Snapchat photos on Twitter and Instagram, respectively. Often, people posting their filtered selfies will write that they’re only Snapchat to post their photos elsewhere. As YouTube creator Roly West tweeted, “I love that Snapchat comes out with these new gender/baby face filters and everyone just downloads it again to just upload the pics to Instagram.”

While its user growth has stalled, Snapchat is by no means dead. Snap is relying on moments like these to get people using its app instead of the nearly-identical features offered across every Facebook property. The question that remains is how long people will stick around after a novel filter hooks them back in. It’s unclear if people are spending time on Snapchat once they log back in, or just using the filters to take selfies, save those images, and leave.

There are plenty of reasons people might want to share photos of themselves on Instagram instead of Snapchat. The Facebook-owned platform’s user interface is far more enjoyable to use and easier to navigate, and it makes it simpler to follow friends, influencers, and celebrities. It’s likely that people you know are using Instagram far more frequently than Snapchat. The number of active Instagram Stories users is more than three times the size of Snapchat’s entire monthly user base.

Where Snapchat consistently beats Instagram are fun filters. Instagram has a select number of filters that make you look great (shoutout to Kylie Jenner’s lip liner filter), but the sillier effects don’t work as well as Snapchat’s. When big trends like the gender swapping filters appear, and everyone wants to feel like they’re included in a rapidly moving moment, reinstalling or downloading Snapchat is crucial — even if only to share to Twitter for a few dozen likes and compliments.

Instagram has become a go-to social app for friends, sitting alongside sites like Twitter and Facebook. But none of those apps can create moments around filters in a way that Snapchat does, bringing in curious people looking to kill a couple of minutes and feel like they’re part of something happening right now. This is true even when said filters are problematic and extremely hurtful to an entire community of people.

Snapchat still has 186 million daily users, a large portion of which are teenagers. It is increasingly clear, however, that many people’s perception of the app’s purpose has changed. They’ll continue to reinstall it or log back in once in a while whenever a new filter pops off on Twitter and Instagram, but they won’t necessarily post their contributions to the trend solely on Snapchat. We’ll know that something cool is happening on Snapchat because our friends have alerted us to it — via Instagram stories and funny tweets.