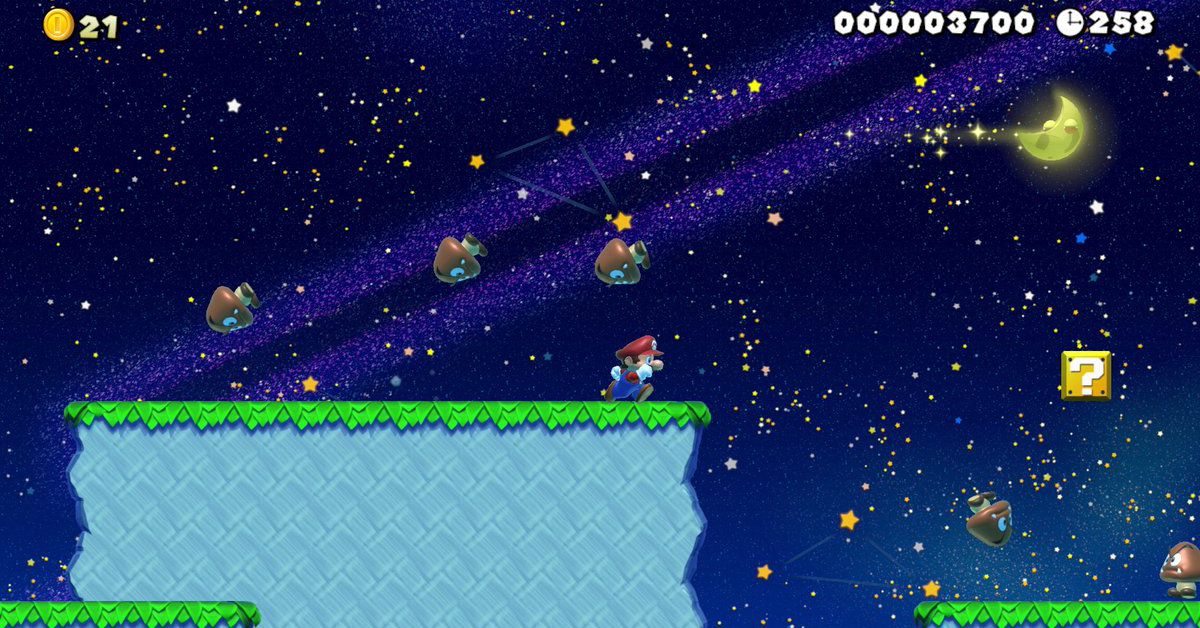 Super Mario Maker 2 is looking like a substantial upgrade over the original build-your-Mario-game. Today during a Nintendo Direct video, Nintendo detailed a huge number of features coming to the Switch game, chief among them co-op play, so that you can build and design levels with another player on the same console. You’ll also be able to play through created levels online with up to four other people.

That’s far from the only addition, however. The game will also include a range of new themes, including desert, winter, and forest; a brand new nighttime option that changes how certain aspects work; additional characters including Red Yoshi and Angry Sun; slopes, on/off switches, and custom scrolling for levels; a single-player story mode; and brand new music from longtime series composer Koji Kondo.

Honestly, it’s a lot, so if you’re interested in the nitty gritty details, I’d recommend checking out the video above. Meanwhile, Super Mario Maker 2 will be launching on the Switch on June 28th.