Fujifilm has just announced its latest Instax camera, the Instax Mini LiPlay. Like prior Instax Mini cameras, the Mini LiPlay takes lo-fi rectangular images that are developed instantly. It also has the ability to capture digital images and audio at the same time, which you can view on its LCD screen or transfer to your phone through Fujifilm’s Mini LiPlay app. It’s like a smaller version of the Instax Square SQ10 from two years ago, with a new added gimmick. It will be available starting on June 14th for $159.95.

Fujifilm’s Instax cameras, synonymous with influencers and the occasional sweet 16 party, have never been known for their impressive image quality or high-end features. They exist to capture high contrast aesthetic prints instantly in a classic white frame. Anything these cameras do beyond that is an added bonus, and the Mini LiPlay is full of those. 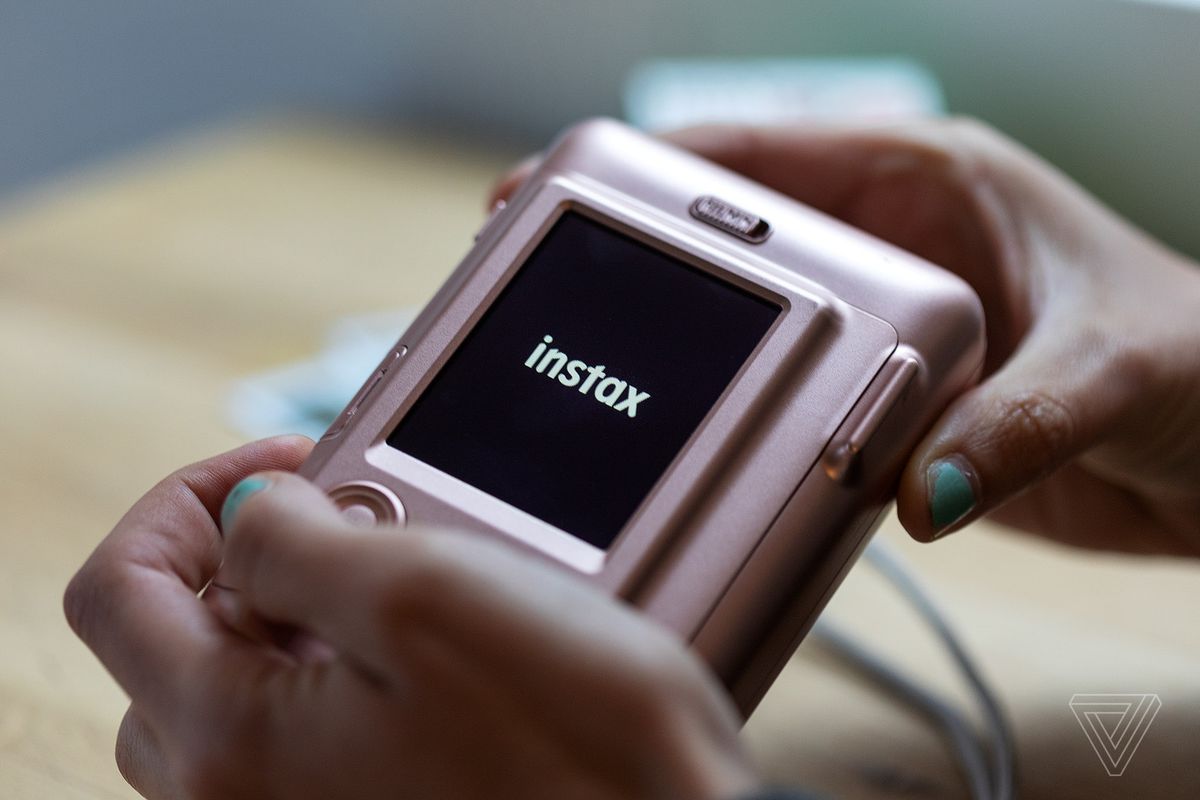 Instead of the viewfinder found on all other Instax cameras, the Mini LiPlay has a 2.7-inch LCD screen for framing and review, which proved to be extremely useful and reminiscent of a 2005 Kodak Easyshare point and shoot. It’s not a very high-quality screen, but it’s good enough to see framing and exposure. I missed looking through a tiny viewfinder for about two minutes when I first picked up the camera, but being able to see top-down shots and the exact exposure was worth the loss. Once I learned where everything was within the menus, navigating the screen was easy. Above all else, the screen allows you to choose which photos to print. And when, at most, you have 10 prints available in your camera at a time, this proves to be the most useful feature. 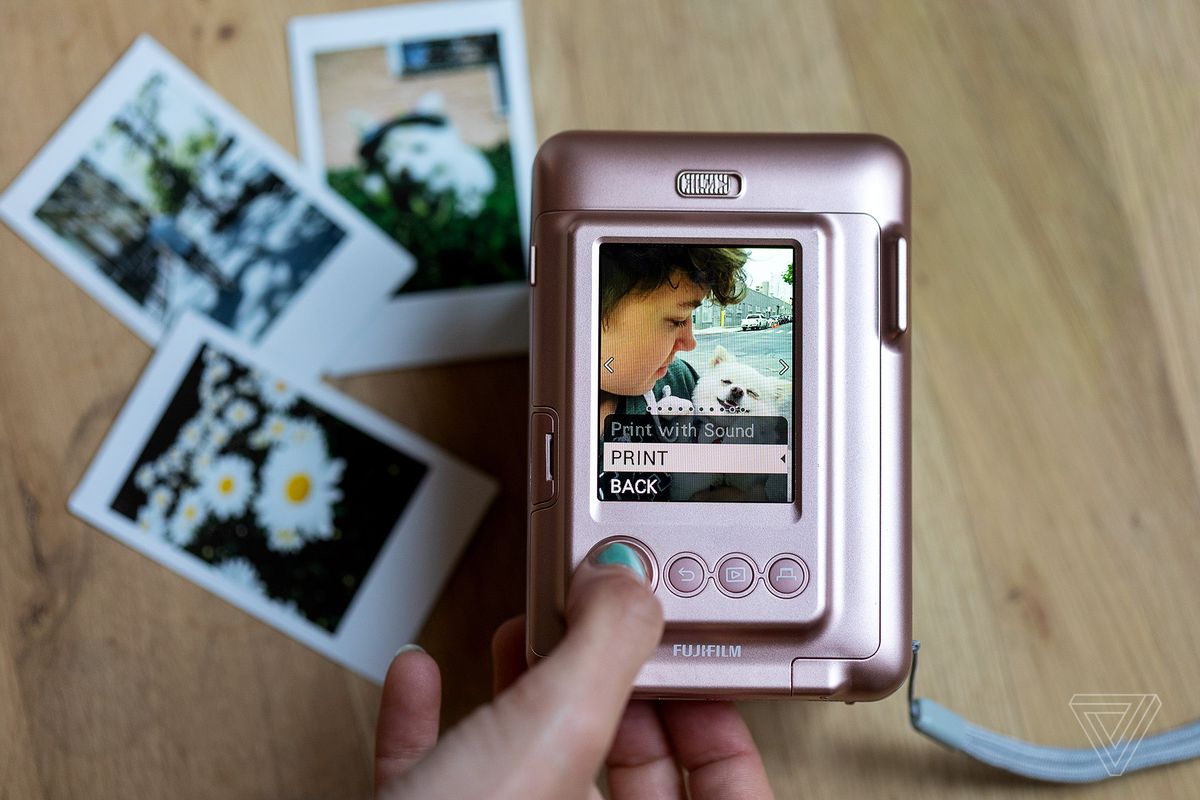 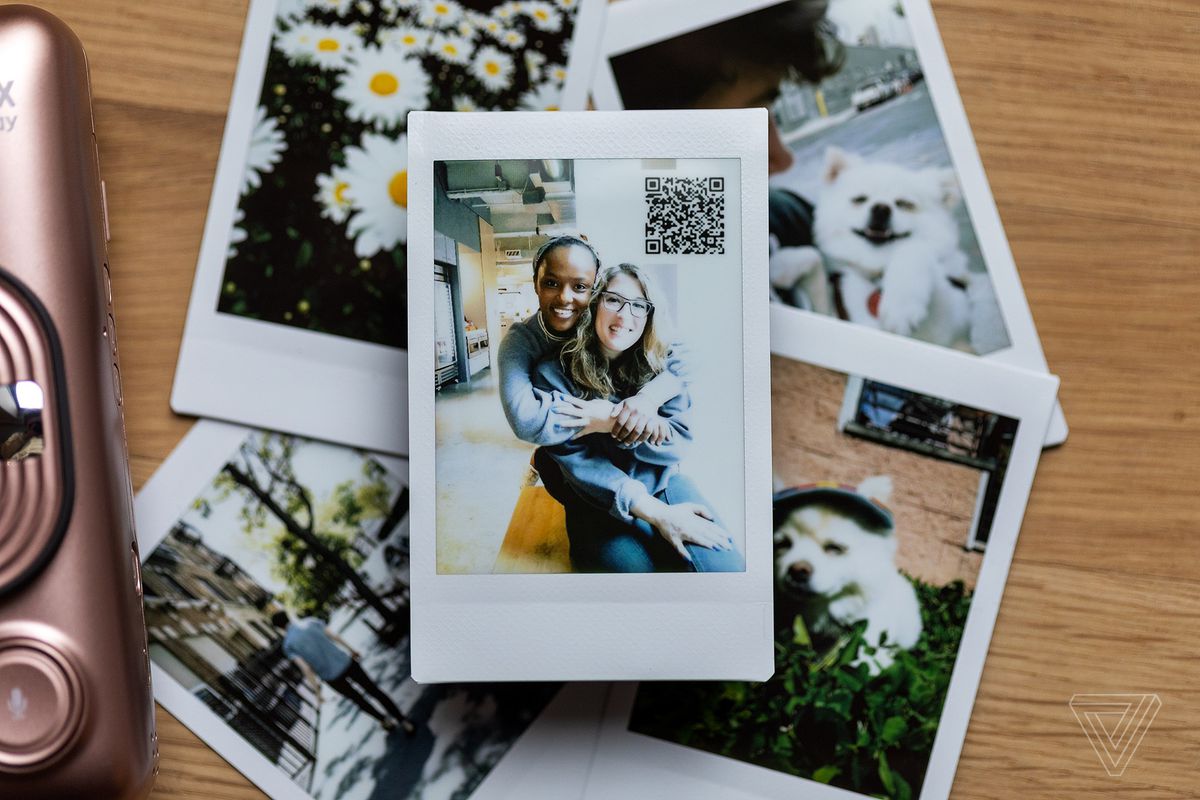 The other new feature is the ability to record audio. Press the mic button on the front of the camera, and audio is recorded 10 seconds before and after the shutter button is pressed. A QR code is then available to be printed on the photo while a copy of the photo and QR code is uploaded via Bluetooth to the Mini LiPlay app. I love when I can trick myself into believing I will actually use a feature like this, but a QR code that links to audio of me inevitably yelling at my friends to smile or look at the camera is not convincing.

You can use a microSD card slot to save photos from the 1/5-inch CMOS sensor and upload them to a computer if you don’t want to use the app. Unsurprisingly, the digital images are not great: the photos are high contrast, and they blow out the whites to create the instant film aesthetic Instagram loves. Loading the Fujifilm Instax Mini film is easy, and I actually prefer the mini size as opposed to the wide or squared simply because it fits in my wallet. 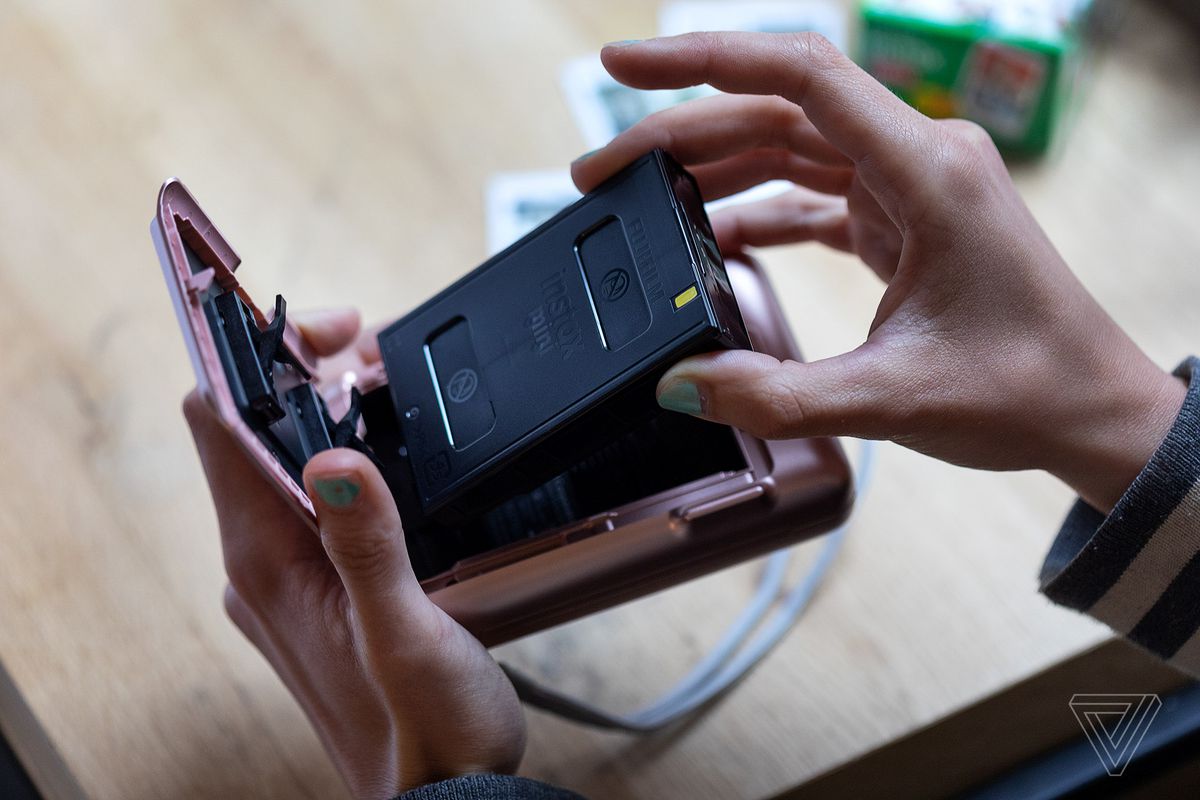 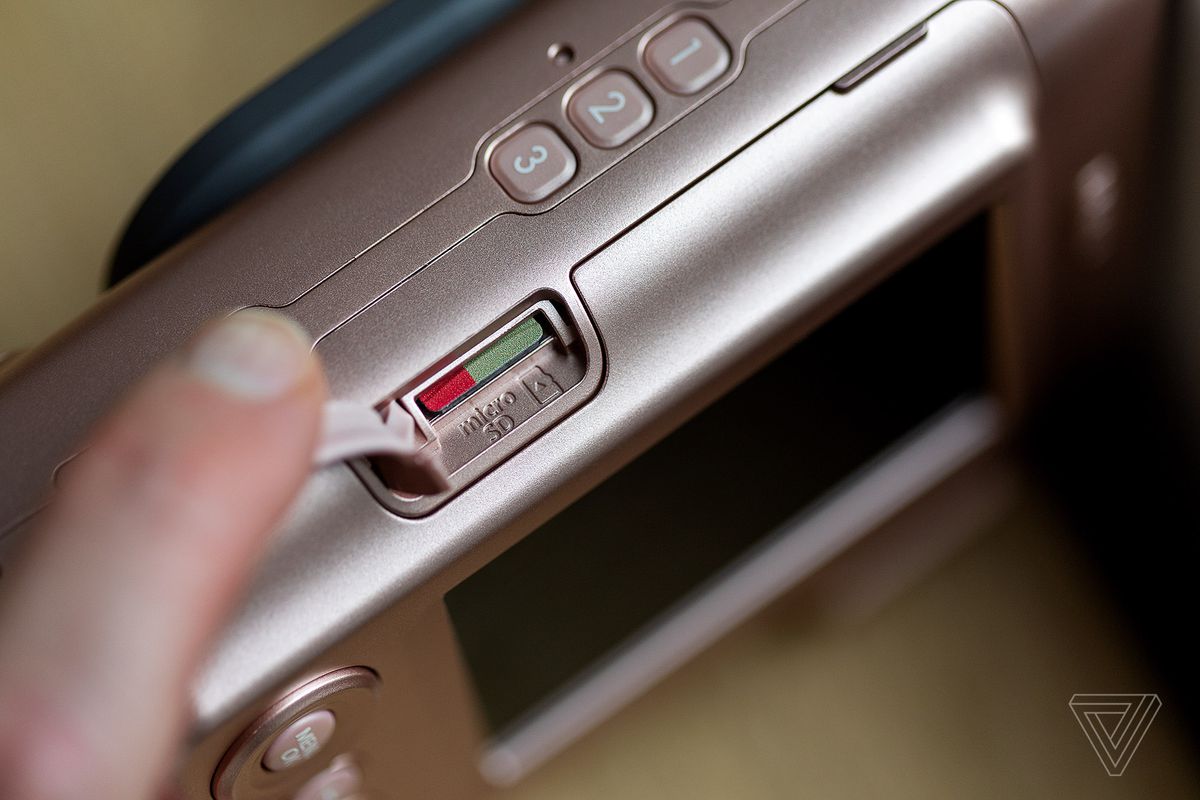 Like other instant cameras, the Instax Mini LiPlay is fun to use, and the screen allowed me to be as shutter happy as I wanted to get the perfect shot without wasting loads of film. The audio feature, on the other hand, is a complete waste of time. Fujifilm claims 100 prints on a single charge via the camera’s Micro USB port, and I found this to be true.

The screen is a nice addition to the instant camera experience, but for $160, you have to be really committed to the instant film life, considering you will still have to buy film to support it.

Photography by Becca Farsace / The Verge