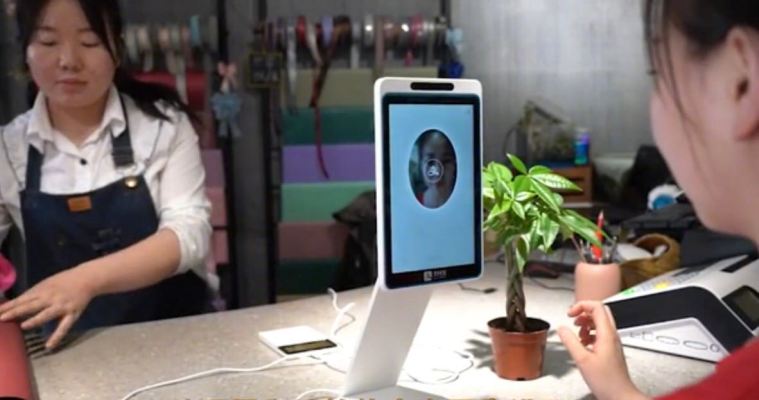 In China, striving for accuracy in a piece of facial recognition software isn’t enough. As Alibaba’s e-wallet affiliate Alipay has recently demonstrated, the way software presents a user’s look is also crucial to its success.

On Tuesday, Alipay announced on social media platform Weibo (in Chinese) that it’s added beauty filters to its pay-with-face system inside the app. Within a week, the feature will roll out across retail stores equipped with Alipay’s face-scanning solutions.

“We are going to make you look even prettier than with a beauty camera. I bet you’ll be impressed,” Alipay wrote on Weibo.

The new feature was created to address complaints that facial recognition machines make people look ugly. A new poll (in Chinese) ran by news portal Sina Technology showed that more than 60% of respondents think they look uglier through the next-gen payments method than on a regular camera. This could be a real concern for beauty-obsessed people who, at a busy supermarket checkout, find their face displayed unflatteringly on a large computer screen.

The chase of beauty in China has spawned a handful of movers and shakers in the internet space, from Hong Kong-listed selfie-app maker Meitu to plastic surgery marketplace Soyoung that recently raised $180 million from a Nasdaq public listing.

Will WeChat Pay, the payments solution of messaging giant WeChat, follows Alipay’s shadow to build a similar offering? Beauty filters can be a competitive advantage to a business, if not a necessity. In an effort to draw more female users, smartphone maker Xiaomi recently joined hands with Meitu to develop new models that place more focus on selfies, stickers and graphics.