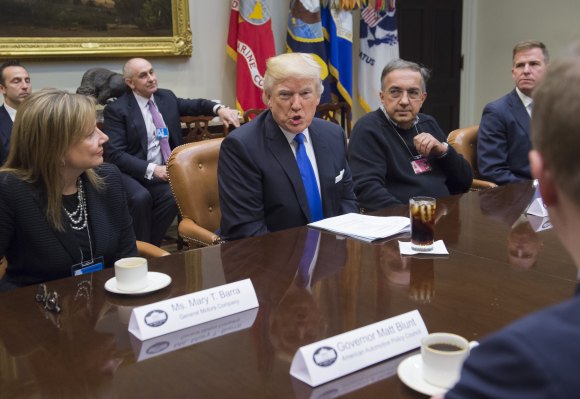 On Thursday, the White House’s social media will reportedly host a who’s who of conservative media pundits. PragerU and Turning Point USA’s Charlie Kirk have apparently received invites to the event. There will, however, be some key names missing from the invite list — including, notably, the social media companies themselves.

Trump’s White House is hosting what it calls “a robust conversation on the opportunities and challenges of today’s online environment” this week. But according to a new report from CNN, neither Facebook nor Twitter qualify as “digital leaders,” as neither platform has received an invite.

The White House hasn’t released an invite list for the event — nor is it commenting on this latest report. Those sites will almost certainly be in the crosshairs, however, as Trump and fellow conservatives discuss their perceived biases. The President recently accused comes of “fighting” him in a recent interview with Fox News’ Tucker Carlson, stating that “what they’re doing is wrong and possibly illegal.”

In recent years, conservatives have accused Twitter, Facebook and Google of “shadow banning” and other perceived slights. Earlier this month, Twitter — which has been the subject of criticism from liberals and conservatives alike — announced a new “abusive behavior” notice aimed at public officials who violate the company’s speech policies.