YL Ventures, a specialist in Israeli cybersecurity startups, has closed its fourth fund with $120 million 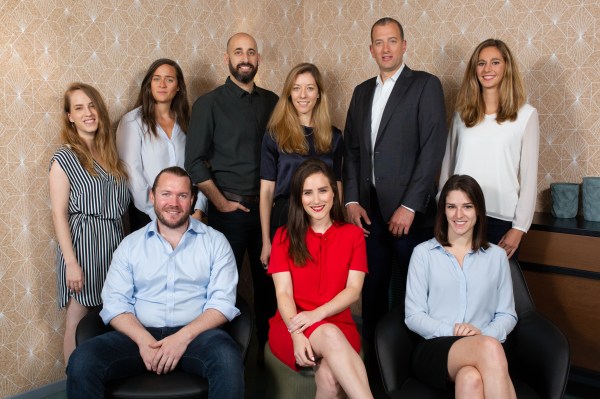 It’s an interesting firm in numerous ways that set it apart from many of its similar-size peers. Most meaningfully, though it backs founders at the earliest stages, it doesn’t spread its bets as do many seed-stage outfits, instead funding just two to three teams each year. That means it will spread its newest fund across an estimated 10 companies.

It’s a concentrated approach, and one that seems very much to be working. YL Ventures was the biggest shareholder in the container security startup Twistlock, for example, which sold to Palo Alto Networks last month for $410 million. Twistlock had raised $63 million altogether. YL Ventures wrote the company a $2 million check to start, then invested another $10 million over its four-year run as an independent company.

YL Ventures was also the biggest outside shareholder in Hexadite, an Israeli startup that used AI to identify and protect against attacks and that sold two years ago to Microsoft for a reported $100 million.

A more recent bet is on Orca Security, an Israeli startup led by two former Check Point Security executives that’s trying to solve the problem of securing applications in the cloud without an agent. Orca recently announced a $6.5 million seed round led by YL Ventures; what wasn’t reported at the time was just how much YL Ventures invested: $6.1 million.

Worth noting: almost all of founders in YL Ventures’s portfolio have not only served in the Israel Defense Forces but specifically within its 8200 Unit, an elite part of the organization that has become the training ground for some of the buzziest cybersecurity companies in the world. It reportedly accepts less than 1 out of every 100 high school graduates; venture firms with a cybersecurity focus then try and cherry-pick among these when their service is completed.

We talked with firm founder Yoav Leitersdorf recently about his 12-person firm, which is funded by family offices and ultra-high-net-worth individuals from largely the U.S., Europe, and São Paulo, Brazil, he says — relationships he says he can trace back to a handful of relationships struck in 2007. (As a serial entrepreneur who was ready at the time to try his hand at investing, Leitersdorf says he “went to some people I knew for capital, and they introduced me to their friends.”)

Leitersdorf also has demonstrated a penchant for networking in another way, too. To help vet teams that interest YL Ventures, the firm has formed a venture advisory board that’s comprised of more than 50 security pros from heavyweight companies, including Andy Ellis, who is the CSO of Akamai; Adam Ely, who is the Deputy CISO of Walmart; Netflix’s Director of Security, Brooks Evans; Rob Guertsen, the Deputy Information Security Officer at Nike; and Spotify’s head of security, David Hannigan.

Not only does this network get a look at what’s brewing in Israel, but they help steer YL Ventures to the startups that most directly address their own pain points.

They can also be helpful in getting Israeli entrepreneurs to cross over from Israel into the U.S., which is also very much a part of YL Ventures’s strategy. As Leitersdorf explains it, the “companies originate in Israel, but within a year, the CEO and some of the management team move to the U.S. and we help them build sales and market and hand all their follow-on funding.” This oftentimes includes introductions to frequent syndicate partners like Bessemer Venture Partners, USVP, and ICONIQ Capital.

We asked Leitersdorf what — beyond experience in the IDF, beyond the feedback of its advisory board members — YL Ventures looks for in a promising startup and he says, unsurprisingly, the team, but more specifically, their experience.

“Most of our founders have spent five to 10 years in the industry already,” he says, including at Microsoft or the network security company RSA or at Check Point, the Israel-based software giant. “They’re fairly mature, with the average age in the late 30s.” They also address a space that YL Ventures cares deeply about based on what its venture advisors tell the firm is a huge need.

“Then, when a team comes through, we try to steer them into those areas.”

Leitersdorf leads the firm from the U.S., alongside another partner, John Brennan. the firm also has an office in Tel Aviv headed by partner Ofer Schreiber.