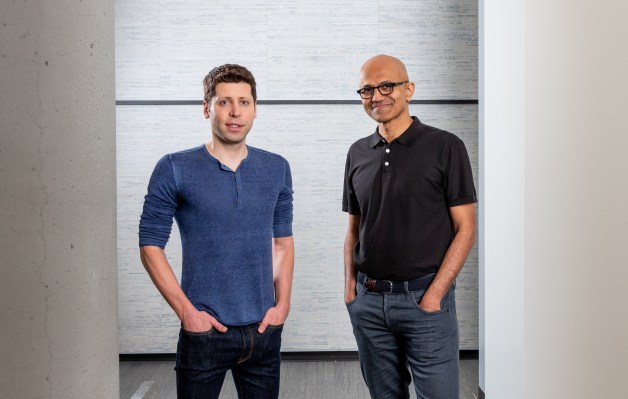 Microsoft is making a $1 billion bet on OpenAI, the company formed by notable founders including Elon Musk and Sam Altman three years ago with the aim of doing research and development work to steer the growth of artificial intelligence towards the ‘friendlier’ end of the spectrum, in order to help mitigate what Musk sees as a potential existential threat from AI if it isn’t developed responsibly while it grows in capability.

On Monday, Microsoft and OpenAI announced a multiyear “exclusive computing partnership” that will include the two companies building new AI supercomputing technologies for Microsoft’s Azure cloud platform, and OpenAI will also port its existing services to work on Azure. Microsoft will also now be “OpenAI’s preferred partner” when it comes to the commercialization of new AI technologies it develops in future.

All the talk of ‘exclusivity’ and ‘preference’ in this announcement is particularly interesting because one of OpenAI’s founding principles was to “freely collaborate” among other AI researchers, and make both its work and patents available to others. But there are some caveats, including that there is OpenAI Inc. the non-profit organization, and its for-profit corporate subsidiary OpenAI LP, and that its current charter includes a provision that it may reduce its public publishing of its work as it moves forward out of “safety and security concerns.”

The goal of this partnership for Microsoft seems to be to provide it an edge in building out a broad-scale Azure AI platform, and ensure its supercomputing technologies are involved in the development of artificial general intelligence. OpenAI benefits because Microsoft will be party to its principles around developing advances in AGI safely and with humanity’s interest in mind – and there’s the $1 billion, too.

At its launch, OpenAI noted that it had $1 billion committed from Musk, Altman and co-founder and CTO Greg Brockman, as well as Reid Hoffman, Jessica Livingston, Peter Thiel, Amazon Web Services (this makes the Azure angle here particularly interesting), Infosys and YC Research, though it did not anticipate spending that much in the ensuing few years.