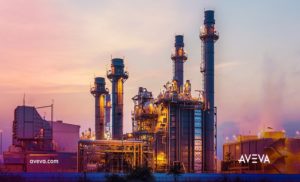 UK-based engineering and industrial software firm AVEVA today launched Unified Operations Centre, its command-and-control solution for infrastructure operators such as smart cities and facilities management, and for industries like oil & gas and mining.

The Unified Operations Centre is a central hub that transforms the control room into a collaborative workspace. Functional silos are broken down by contextualising operational and business data to enable teams to make better decisions based on accurate, real-time information.

AVEVA claims that it is the first to provide a single solution that integrates IT and OT (Operational Technology) applications in a central hub, enhanced by industry-specific customisations.

How Does it Work?

Unified Operations Centre is based on a ‘system of systems’ approach. This enables seamless plug-in of apps, predictive analytics, CCTV video, GIS maps, ERP systems, Engineering P&ID diagrams and more, all within the unified user interface.

“By partnering with leading companies in the process and infrastructure market we have witnessed the operational gains that this ‘system of systems’ approach can achieve,” said Rashesh Mody, vice president of AVEVA’s Monitoring & Control business.

Organisations such as the Abu Dhabi National Oil Company (ADNOC), Assmang Proprietary Ltd and the city of Atal Nagar in India have pioneered early versions of this tailored approach and have realised reductions in project implementation times by as much as 60 percent over the more time-intensive process of integrating bespoke solutions – according to a press release from AVEVA.

The company is planning to deliver other industry solutions, like power and water, in the coming months.

Prime Minister Narendra Modi inaugurated the command and control centre at Atal Nagar and termed it a “role model” for Indian cities.

Amitabh Kant, CEO of the National Institution for Transforming India, noted that the centre was “extremely well conceptualised, planned, and executed. The solution will enable Chhattisgarh to technologically leap-frog. The infrastructure created is world class. The city is futuristic.”