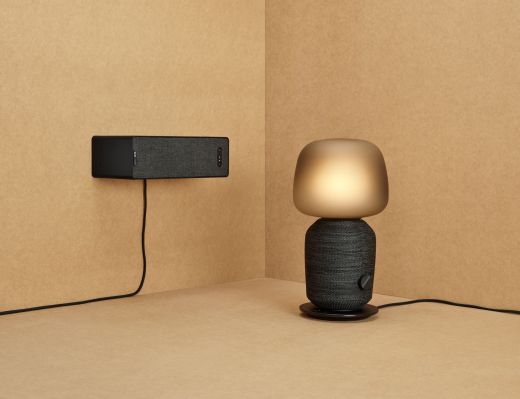 The company’s smart home endeavors began in 2012, and focused on wireless charging and smart lighting. It’s iterated in both areas since, developing self-installed integrated wireless chargers for its furniture, as well as light/charger combos, and finally with a new partnership with Sonos that produced the Symfonisk line of wireless smart speakers.

Ikea also has its own ambitions in terms of being the hub for future smart home products, not only from a hardware perspective, but also via its Home smart app, which it rebranded from being more strictly focused on its Tradfri line of connected bulbs in June. During the Symfonisk launch, Ikea told me it has broader ambitions for the Home smart app as a central hub for connected home control for its customers.

“At IKEA we want to continue to offer products for a better life at home for the many people going forward. In order to do so we need to explore products and solutions beyond conventional home furnishing,” said Björn Block, Head of the new IKEA Home smart Business Unit at IKEA of Sweden, in a press release from the company.

Ikea also characterized this as its biggest new focus area in terms of the overall business and brand since it introduced its Children’s Ikea line.

The partnership between Sonos and Ikea that produced the Symfonisk line is a long-term one, and both companies told me to expect more products to come out of that team-up in future. But it sounds like Ikea intends to explore how smart home tech might touch all aspects of its business, so it’s fair to anticipate more partnerships and product categories to follow as a result of this new investment focus, too.