In today’s digital age, it sometimes feels like hardware has taken a back seat to the software that drives our devices. Button of the Month is a monthly look at what some of those buttons and switches are like on devices old and new, and it aims to appreciate how we interact with our devices on a physical, tactile level.

Smart home devices can make people uneasy, what with the “constantly listening to you” and the massive breach of privacy whereby paid human contractors turned out to be listening to recordings from Apple, Google, Amazon, Microsoft, and Facebook services without users knowing it. But I still use a Google Home Mini, and part of that is because of the physical microphone mute switch on the back that gives a kind of peace of mind that other smart devices don’t.

Peace of mind through a physical switch

The Home Mini has a physical, two-state switch that determines whether it’s muted. Flip it, and it cuts off the mics on a hardware level, with no way to turn them back on short of flipping the switch back.

Now, other smart speakers have mute buttons, like those in Amazon’s Echo line, but they don’t work quite the same. You push the button, and a light turns on telling you the microphones are muted — but they lack the same physical movement that Google’s button has. Amazon’s mute button blends into the top of the device, virtually identical to the other buttons but for the icon. There’s no difference between shutting off the mics and raising and lowering the volume, for instance, making the action feel less deliberate and easy to mess up. 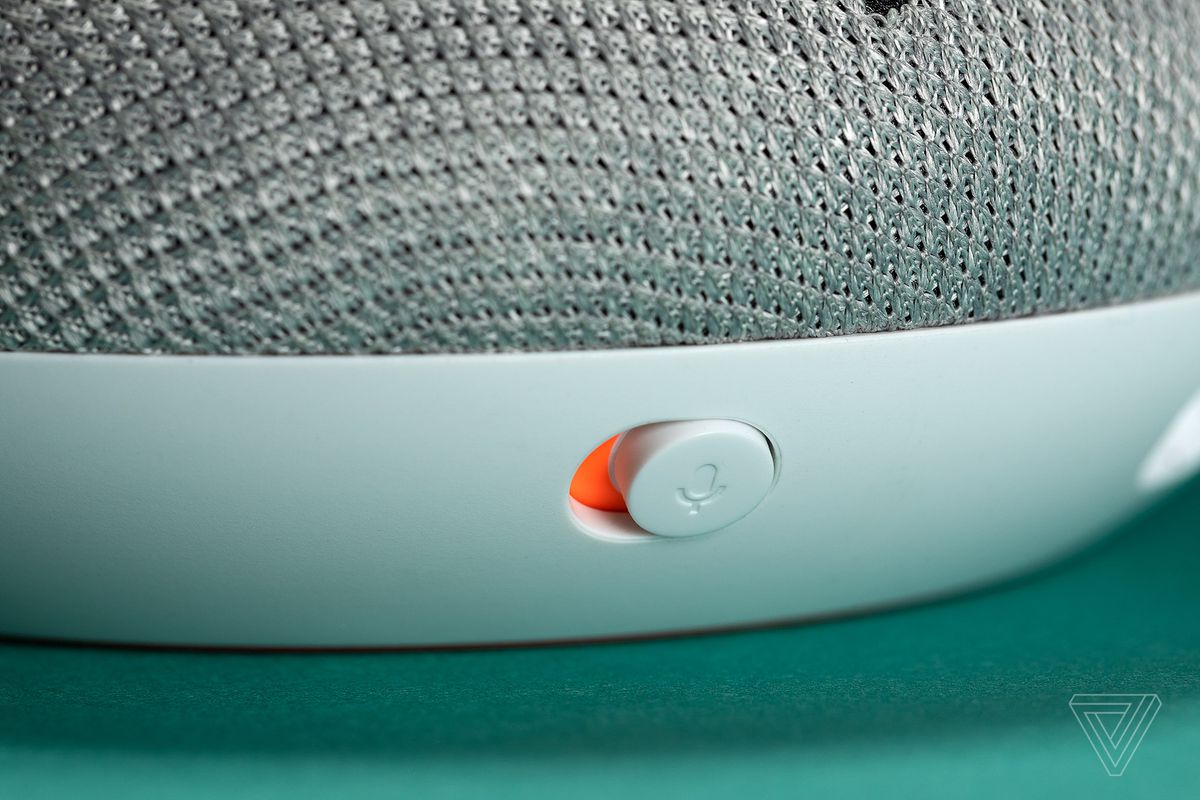 Google makes the act of muting microphones a unique interaction with more physical intent to it — when the mute switch is one way, you know it’s off, and when it’s the other direction, you know it’s on. The switch also cleverly reveals an orange color when muted, so you can visually tell when it’s on or off, if for some reason the glowing LEDs that show that it’s muted aren’t enough.

The LEDs are still an issue

The LEDs are my one problem, actually, across nearly all smart speakers. Google’s effect is a little more subtle than Amazon’s Echos (in Amazon’s case, an even more obtrusive red ring). And look, I understand why they’re there. They give that peace of mind and confirmation at a glance that the speaker isn’t listening in anymore, which is good.

But the red warning lights add a different sort of intrusion into your life: a giant glowing indicator that you’ve done something wrong or unintended. It’s logical, from the perspective of companies that want you to use their products, but I can’t help but wish there was a subtler way to get that point across without shoving it in my face. 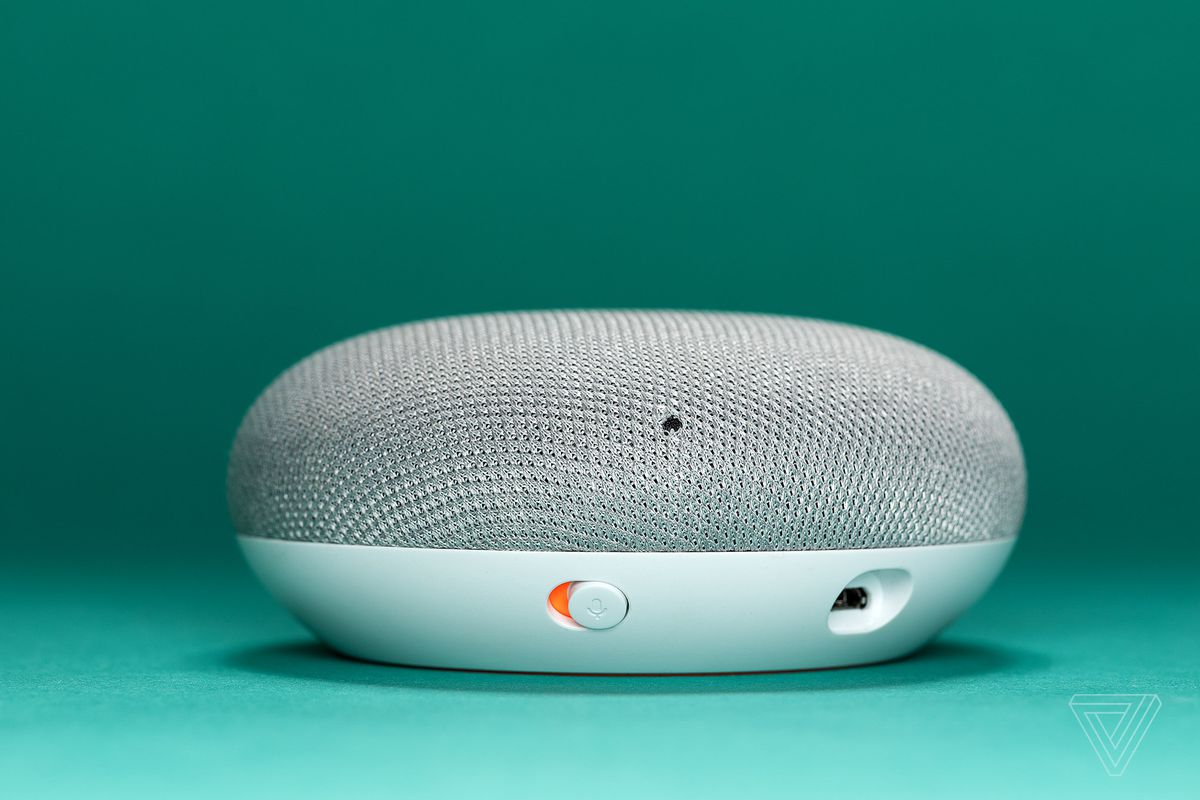 It’s a problem that smart speaker companies are still solving. Apple, for example, doesn’t offer a mute switch on the HomePod at all; you have to go into the app on an iPhone to shut off the mics, which is frustrating.

But Google’s solution, more than any other, feels closest to the right answer: a physical switch for a physical problem, one that puts up a tangible barrier between the intrusive software and your personal life. Now, all we need is fewer LEDs.