Apple TV Plus is trying to be HBO, not Netflix 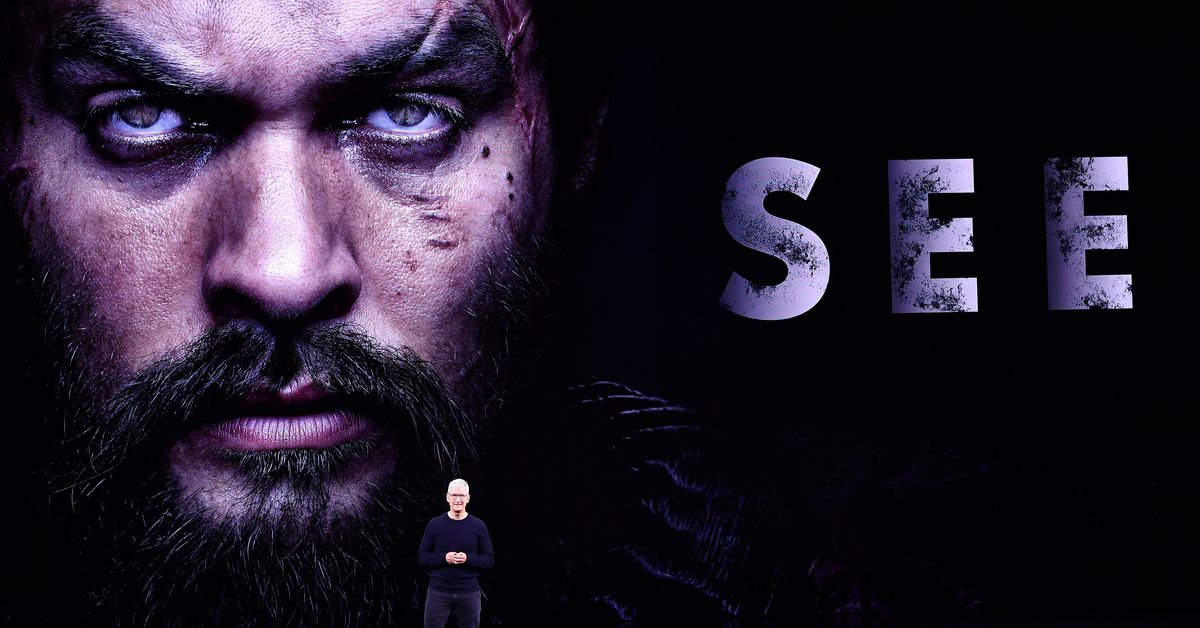 In a blowout event in March, Apple announced its plans for TV Plus, its standalone streaming service to stand alongside the growing number of offerings from Netflix, HBO, Disney, and others. At the company’s iPhone event on Tuesday, it gave us a fuller picture of the service, which is set to launch on November 1st. It will cost $4.99 a month — less than half of a standard Netflix subscription — and come free (for a year) with most Apple device purchases. Apple knows it needs to price low and lean into its hardware strength in order to draw in subscribers and compete with other companies.

But despite what you may have heard, Apple’s new service isn’t exactly a Netflix competitor. In fact, it may be more like HBO. Apple TV Plus is arriving within a few months of similar launches from Disney, WarnerMedia, and NBCUniversal, creating much more competition for the customer’s dollar. For years, Netflix and Amazon Prime have been competing mostly to prove that streaming could be a viable alternative to cable. But those days are over, and nearly every major content company is now getting in the game.

But while there will be plenty of competitors, not all of them are playing the same game. Services like Netflix, Hulu, and WarnerMedia want to offer a skinnier version of a traditional cable package. They want subscribers to feel like they can get everything they need in one place. It’s why they sit at the higher end of subscription packages, running between $12 and a rumored $16 a month. But Apple isn’t in that race. TV Plus is most similar to Disney, trying to create a supercharged version of a traditional cable channel. (HBO Go, which is built on top of a literal cable channel, is another obvious example.)

These services have fewer content offerings and are priced substantially lower. (Disney+ is $7 a month; Apple TV Plus is $5 a month.) Apple’s TV Plus is only launching with nine originals, but they’re specific to the way Apple hopes to define TV Plus. If WarnerMedia, Netflix, and Hulu are trying to replicate an entire cable bundle — lots of reruns, always something to watch — Apple TV Plus is trying to replicate what made HBO special: fewer shows but a clear style that you can’t get anywhere else.

You can see that strategy in Apple’s choice of content, starting with The Morning Show and See. Both shows have reported budgets of $15 million an episode and are anchored by Oscar-winning actors and Emmy-winning creators. Each show is dripping with prestige, aiming to either win awards or capture so much buzz that consumers will feel left out if they aren’t tuning in.

“The more ambitious this project was, the more I felt like Apple was the right place for it, because they were taking a shot too,” actress Reese Witherspoon told Entertainment Weekly about The Morning Show. “They’re putting themselves out there to get into the content world.”

If Apple TV Plus is trying to tap into what made HBO special, it’s best to think of Apple as late-‘90s / early-‘00s HBO

If Apple TV Plus is trying to tap into what made HBO special, it’s best to think of Apple as late-‘90s / early-‘00s HBO. Apple TV Plus wants its Morning Show, See, For All Mankind, and Dickinson series to result in the same type of critical acclaim that Sex and the City, The Sopranos, and The Wire did. It doesn’t want to be as explicit — Apple executives have reportedly told creators they want to highlight more heartwarming and wholesome content — but it will have the same unique quality that those shows established for HBO. But unlike HBO in that period, Apple doesn’t have much practice at being a television channel. And unlike Disney+ or HBO Max, it won’t have a library of older content to keep subscribers hooked.

Judging by this week’s announcements, Apple plans to use free trials to fill in the gap, similar to the way Amazon Prime bundles in Prime Video for retail subscribers. 85 million people in the US use iPhones, and if even a fraction of that consumer base sticks with Apple TV Plus, it will be neck and neck with the competition. Disney+ is aiming for around 10 million subscribers by the end of 2020, which is a sizable goal after roughly a year. Four years into HBO Now, AT&T executives say 70 million subscribers is their goal for HBO Max. Apple also has $210 billion in loose cash from its hardware business, which will mean it can withstand losses for longer than almost any of its competitors.

Still, it’s hard to say just how successful that strategy will be. Apple isn’t HBO, nor is it Netflix, Disney, CBS, NBC, or Amazon. They have proven themselves as networks and studios that can create content people will pay to watch on an ongoing basis. Apple’s first year will be a time to prove to people that it can be more than a hardware company that also hosts creative industries like music and A. For years, Apple has been slowly transforming into a services company, building sizable businesses like Apple Music and Apple Pay that sit alongside its hardware base. Apple TV Plus is arguably the most ambitious service play Apple has attempted, entering a notoriously fickle business at a moment of intense competition. If it succeeds, it will open up an entirely new side of the company — but it certainly won’t be easy.