We’re still waiting on news from the first Game of Thrones prequel that HBO is developing, but the premium cable network doesn’t seem content to stop there. A new report from Deadline claims that a second prequel series — this time based on Fire and Blood, Martin’s fictional history book detailing the Targaryen dynasty — is nearing a pilot order.

Game of Thrones finally ended earlier this year, but HBO was already hard at work on proposals for no fewer than five prequel and spinoff ideas before the hot takes from the final season had even finished cooling.

We already know what one of those proposals is: a prequel set thousands of years before the original show and books in the “Golden Age of Heroes,” created by Jane Goldman and series author George R.R. Martin, which shot a pilot episode earlier this summer. Back in May (just before the original show ended), Martin noted on his blog that two more of the ideas were still in play and “edging closer” to something more concrete, suggesting that “maybe some of you should pick up a copy of Fire & Blood.” 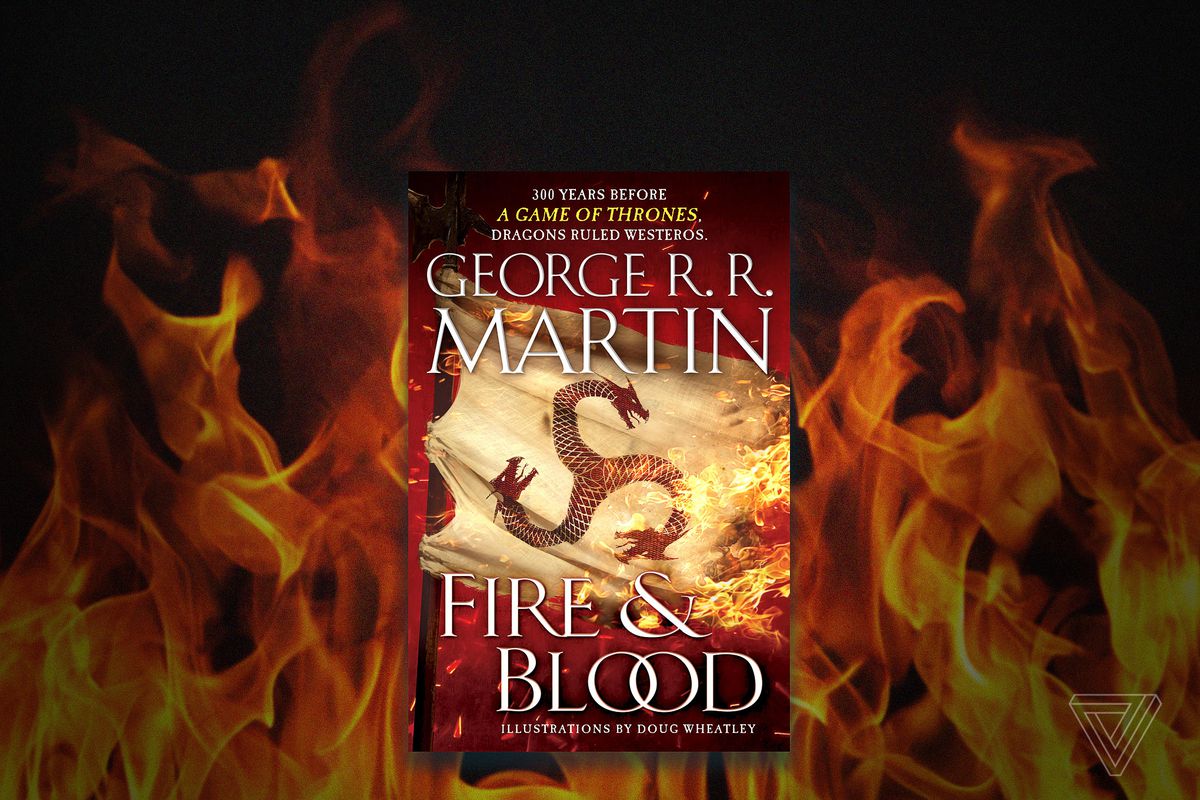 Graphics by Michele Doying / The Verge

Deadline says that the new Fire and Blood series is a second attempt at adapting the novel from Martin and Colony co-creator Ryan Condal, following an initial attempt by former Game of Thrones writer Bryan Cogman to adapt that novel that HBO passed on.

Fire and Blood is certainly… a choice for a Thrones show. Unlike the Goldman series (tentatively referred to by Martin as The Long Night), Fire and Blood chronicles the 300 years directly preceding the events of Game of Thrones. It starts with Aegon the Conqueror, the first Targaryen king of Westeros who conquered Westeros with his siblings, and it goes all the way through Aerys II, the Mad King, who GOT fans will recognize as Daenerys’ father and the last of the Targaryen kings.

There are a few issues with Fire and Blood, the book, however. The first is that it’s unfinished; Martin has only written the first of two planned volumes in the series, which covers from Aegon I though the next 157 years of the dynasty. (The rule of Aegon III, the last Targaryen ruler to have living dragons until Daenerys, would come along another 150 or so years later.) And as anyone who watched the end of Game of Thrones now knows, adapting an unfinished Martin series is a difficult prospect.

The real issue is that ‘Fire and Blood’ is boring

But the bigger issue is that Fire and Blood is so boring. The book is written as an in-universe historical tome, allegedly written by Archmaester Gyldayn, and it’s styled after Edward Gibbon’s The History of the Decline and Fall of the Roman Empire, which is a wonderful historical set (or so I’m told) but not exactly entertaining reading. It is also 700 pages long, making the experience of reading it similar to that of slogging through a college history textbook, except none of it is real.

This isn’t necessarily a deal-breaker for a television adaption. The events of Fire and Blood are, in theory, thrilling: Aegon’s dragon-fueled conquests, succession crises, a dragon versus dragon Targaryen civil war called “The Dance of Dragons.” But HBO will have to make some considerable changes in style and tone from the dry-as-dust book if it wants to make compelling television. There’s also the issue that the later years of the dynasty (which, again, Martin has yet to write) obviously butts up against the current series in the sort of unnecessary prequel style that already haunts the Star Wars and Harry Potter franchises.

There’s also the far longer time period, although that could be managed if HBO takes more of an anthology approach. A Fire and Blood show could, for example, adapt one monarch’s reign in one season and then jump ahead in time to the next. Such a strategy could also help the network avoid ballooning actor salaries that helped Thrones become one of the most expensive shows that ever aired.

All of this is still in the early stages. Deadline’s report only notes that a pilot may be nearing an order, which isn’t a guarantee of any sort. And even if a pilot is shot, there’s no promise that HBO will actually move forward with a full series. But with Martin attached to the pitch, an actual book to work off of, and the sheer amount of money involved in the Game of Thrones brand, it wouldn’t be at all surprising if Fire and Blood ends up on our TV screens in a few years.