Microsoft is working on foldable Surface devices with liquid-powered hinges

Microsoft has been working on a dual-screen Surface device that may well resemble the company’s Courier concept. The software giant is expected to tease the device at its Surface hardware event next month, but new patents show that Microsoft’s work goes far beyond just dual-screen hardware. A new patent, spotted by WindowsUnited, has surfaced that reveals Microsoft has been working on a special hinge that uses liquid to reduce the stress on flexible and foldable displays.

The liquid can be filled inside cavities around the flexible display to help it bend and move into different positions. Microsoft’s example shows a device with two separate sides and a flexible OLED display that extends across the entire device. Microsoft has long been focused on complex and impressive hinge work with its Surface devices, and this particular hinge is described in a lot of detail in the patent filing. 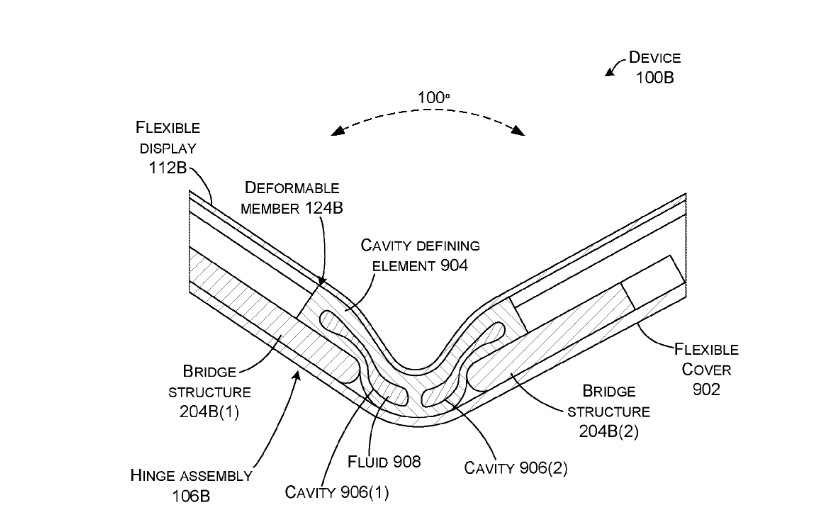 Illustrations that show multiple concepts of a complex hinge assembly with structures to “prevent foreign materials from entering the hinge assembly / device.” Samsung had its own issues with debris getting underneath early units of the Galaxy Fold, and the company had to go back to the drawing board to figure out a way to fix the hardware. Microsoft clearly wants to avoid a similar scenario.

The most interesting part of this patent filing is that it’s been filed by “Microsoft technology licensing,” which could indicate the company will license this technology to other partners and PC makers. Microsoft is currently working closely with Intel and a number of OEMs to ready a new version of Windows, codenamed “Windows Lite,” that will run on foldable and dual-screen devices. This new Windows version will be targeted toward dual-screen and foldable hardware. Microsoft has also previously licensed some of its Surface Pro hinge work to partners. 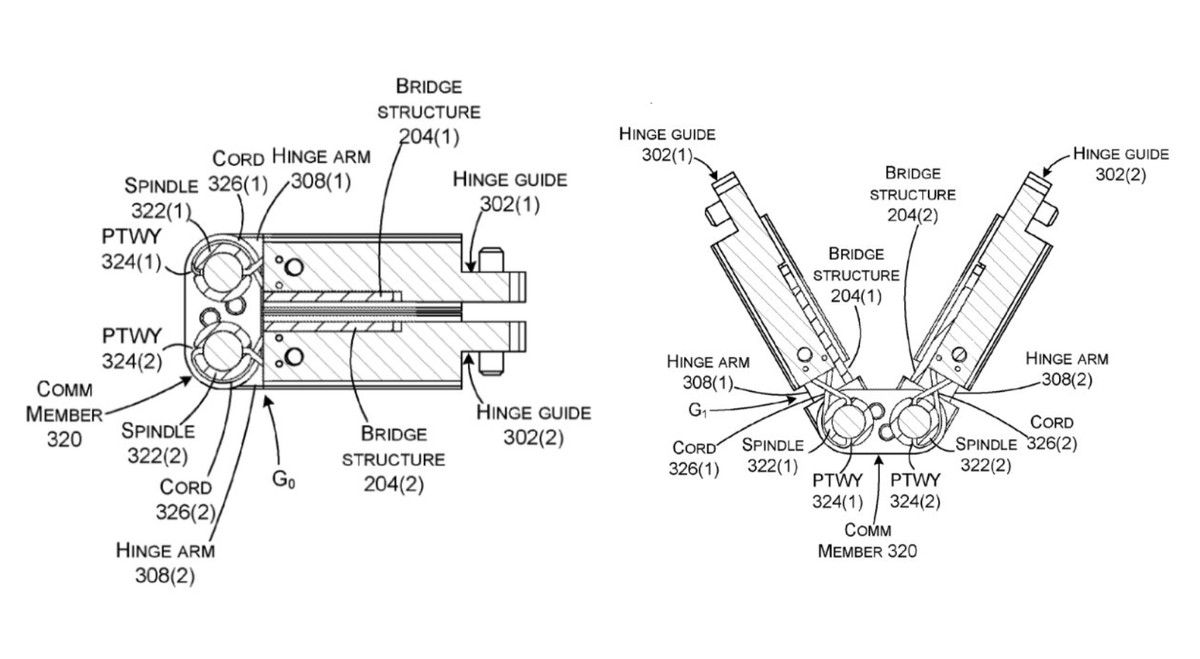 Microsoft’s dual-screen Surface device, codenamed “Centaurus,” is part of a bigger push for a range of new dual-screen and foldable tablet / laptop hybrids that OEMs are working on. Microsoft demonstrated this new device during an internal meeting earlier this year, and Intel has been pushing OEMs to create dual-screen devices.