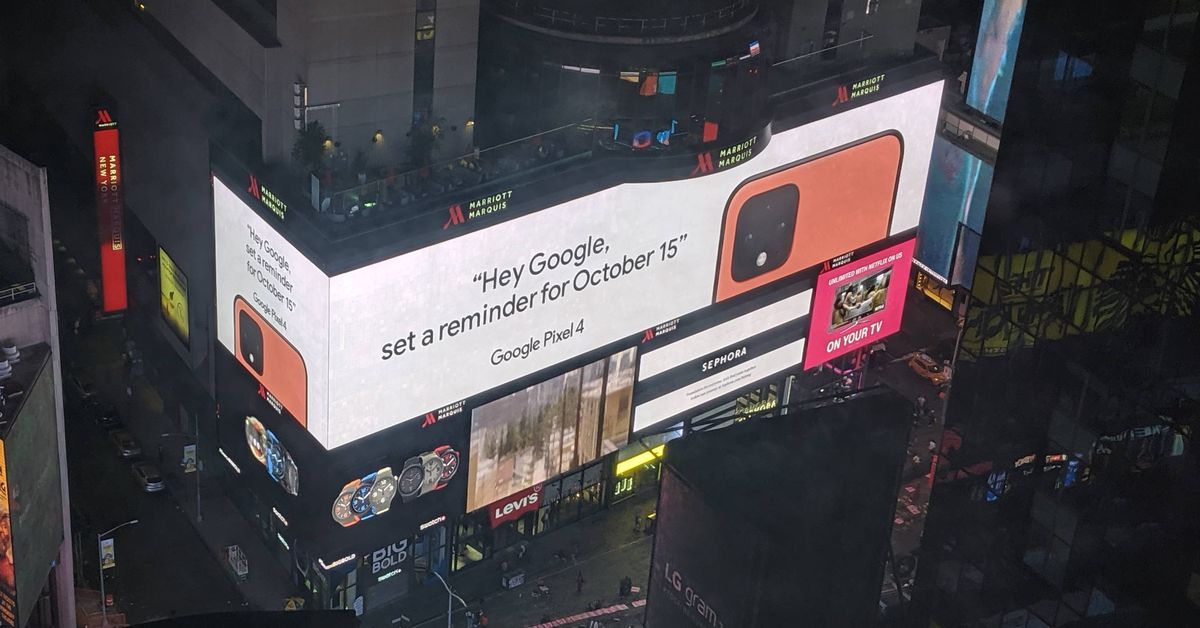 Google has been steadily revealing information about its new Pixel 4 lineup almost as fast as the leakers. The company just revealed a new orange color for the upcoming device in perhaps the least-subtle way yet: a massive Time Square billboard advertising the upcoming October 15th reveal, spotted by Reddit user LousyTX (via 9to5Google).

Photos of the orange Pixel had already been floating around the internet (of course), but the Times Square ad marks the first official confirmation from Google of the color. It’s not clear whether the new orange color is coming to both the Pixel 4 and Pixel 4 XL, or if it’ll only be available for one of the sizes of the new lineup. But it couldn’t be any clearer that Google will be releasing at least one orange phone in October.

The orange Pixel 4 joins the other two colors we’ve seen floating around: an all-black phone that Google showed off when it first revealed the Pixel 4’s design over the summer and a two-toned white model with black sides.

Other leaks for the Pixel 4 have suggested that Google is working on a new “Motion Mode” for shooting sports and actions shots, as well as 8x zoom and improvements for Night Sight that would make it easier to shoot astrophotography.

We’ll find out if Google has any more surprises up its sleeve for the Pixel 4 when it’s officially announced on October 15th — that is, if Google doesn’t plaster them on the side of a skyscraper first.