The idea for Untitled Goose Game was hatched when developer Michael McMaster dropped a stock photo of a goose into Slack and half-jokingly said, “Let’s make a game about this.” And the four-person indie studio House House absolutely followed through on a stellar concept, because Untitled Goose Game is exactly as delightful as you’d expect a game about being a lawless goose on the loose to be.

The game’s premise is simple: you are a goose, and it’s your mission to make life mildly harder for the world’s most patient villagers, who somehow never resort to violence. You’re given a to-do list to fulfill, and items get crossed out one by one as you complete the tasks from your depraved goose agenda. Some of the challenges are straightforward — get an item from point A to point B without being ambushed — while others are more like small puzzles to solve, where one item can be used to set off a chain of reactions and lead you to the next area to terrorize.

Everything about this game — from the pastel tones of the quaint English village to the little squiggly shout lines from the goose’s honk — is overwhelmingly lovely. The dynamic piano soundtrack, an adaptation of Debussy’s Préludes, crescendoes the more havoc is being wreaked. The music will start up as you’re wrestling with the gardener for his keys, and stop when the keys are dropped. The piano melody turns frantic as you’re being chased out by an angry shopkeeper with a broom, and slows down when you’re in the clear. Even when there’s no music playing in the background, the “pat-pat-pat” of the goose’s feet as they slap against the pavement is, in a word, healing.

Compared to something like Goat Simulator, there’s no disorienting chaos or points assigned to how hard you can head-butt people. Instead, you drive them crazy with the gentlest of pranks, like making a boy (lovingly cast as “Wimp” in the credits) put on glasses that are not his. Untitled Goose Game lets you fall into the calming, pleasant escapism of an Animal Crossing game, where there are no real stakes — just the absolute freedom to be an animal that doesn’t have to answer to any consequences.

There’s a dedicated button for honking at people, which you’d better believe is the best button to go wild with. You can duck, run, grab things with your beak, and flap your wings, which serves no real value to the game but is a fun, goose-like thing you can do. Unfortunately, you cannot jump, fling items at people, or fly, but your presence alone is enough to put everyone else on edge, which is a kind of power I appreciate.

The village isn’t too big, so it’s a quick, tidy little game you can finish over the course of a weekend. The to-do list populates with a couple more bonus items after the credits roll, and you can pick up the game again to do timed challenges. It’s a timeless, evergreen concept that’ll be fun to play for as long as geese continue to walk this Earth just generally being the worst, so I’m really hoping House House will add more challenges and areas through DLC. Or possibly even release a sequel with a story — maybe the goose does shenanigans for good, like a Parent Trap in which its actions make the villagers fall in love with each other?

Whatever their plans, House House has created a world I want to continue to be horrible in.

Untitled Goose Game is out now for Windows and Mac via the Epic Game Store, and Nintendo Switch. The game about the bad goose will be discounted from $19.99, for a limited time at launch, to $14.99. 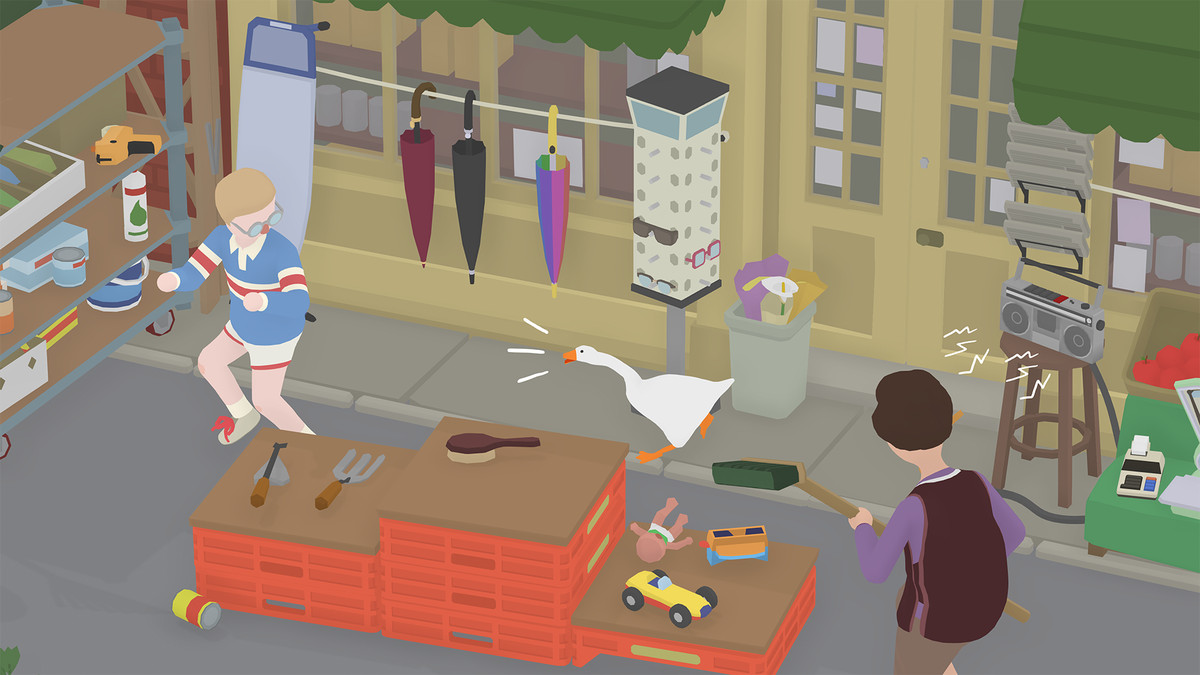