Google to Set Up AI Research Lab in Bengaluru 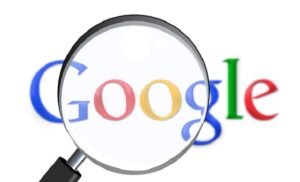 Google is setting up a research lab focused on Artificial Intelligence (AI) and its applications in India, the Internet giant announced at its flagship Google for India event on Thursday.

The lab — Google Research India – will be based in Bengaluru and it will be led by Dr Manish Gupta, a noted scientist and an ACM (Association for Computing Machinery) fellow.

Director of Harvard Centre for Computation & Society, Prof Milind Tambe, will join the Google Research India as the director for AI for Social Good research.

Google also announced a partnership with Vodafone Idea which would bring the Google Assistant to users’ 2G smartphones. The partnership will enable Vodafone users across India to access Google’s virtual assistant and ask their queries using a toll-free number. Users will not require mobile data or internet connectivity to ask questions to the Google Assistant. This functionality will be available 24×7 and it is available in English and Hindi.

It has also teamed up with state run BSNL for expanding Wi-Fi hotspots in villages in Gujarat, Bihar and Maharashtra.

The company in the recent past has launched a number of India centric products and initiatives, like the BOLO app, rail Wi-Fi project and its flood forecasting initiative that piloted in Patna.