It isn’t enough for Ang Lee to just make movies. Not anymore. At this point in his career, he apparently feels he has to push the boundaries of everything the moving picture format can do and be. The Taiwanese director’s 2012 film Life of Pi heralded the arrival of a new era for him, a period of big-budget experimentation that’s yielded as many bafflements as wonders. His adaptation of the book club favorite went well enough, winning four Oscars for its spectacular menagerie of CGI beasties. His big gamble with Billy Lynn’s Long Halftime Walk in 2016 didn’t pay the same dividends, though. Lee’s foray into 120 frames-per-second shooting, combined with depth-of-field-obliterating 3D cinematography, made for a perfect storm of visual disorientation. It was the kind of ride that makes viewers clutch at their armrests, desperate to escape.

Lee claims to have worked out the kinks in the process for Gemini Man, his latest attempt to blow open the walls of cinematic hyperreality. This time around, he’s having another go at 120fps, and the 3D projection has had three years to play technological catch-up with Lee’s futuristic vision. But the most E Ink has been spilled over his successful cloning of Will Smith. Smith stars in the film opposite his early-twenties self, de-aged to his Fresh Prince years with the help of cutting-edge motion-capture technology.

Of Lee’s many gambits in Gemini Man, the digital character-doubling works the best. Smith the Younger emotes with an organically recognizable humanity from under his weird digital mask, and Smith pitches his voice up a few semitones to play his younger self, which takes viewers over the age of 18 right back to his West Philadelphia days. Smith has chemistry with himself, particularly in the scenes of hand-to-hand combat. (They’re a welcome reminder that nearly 20 years ago, Lee gave us the world-class wuxia epic Crouching Tiger, Hidden Dragon.)

The same praise can’t be heaped on the eyeball-searing camerawork, which suggests an unholy cross between a white-knuckle telenovela and high-octane VR porno. In theory, running more images at a faster rate should make for more fluid images, rendering the gap between the movie and actual vision so small as to be negligible. In practice, it feels like watching TV on your parents’ new flat-screen that came with auto-activated motion smoothing. (Which is still bad.) The judder of good ol’ 24fps may be a “flaw” in the most rigid sense of the concept, but that imperfection has been integrated into the moviegoing public’s innate understanding of the medium. Lee’s quixotic efforts to drag multiplexes into the next dimension have forged an off-putting visual artifice that makes it nearly impossible to get lost in a film — or even just get into it. 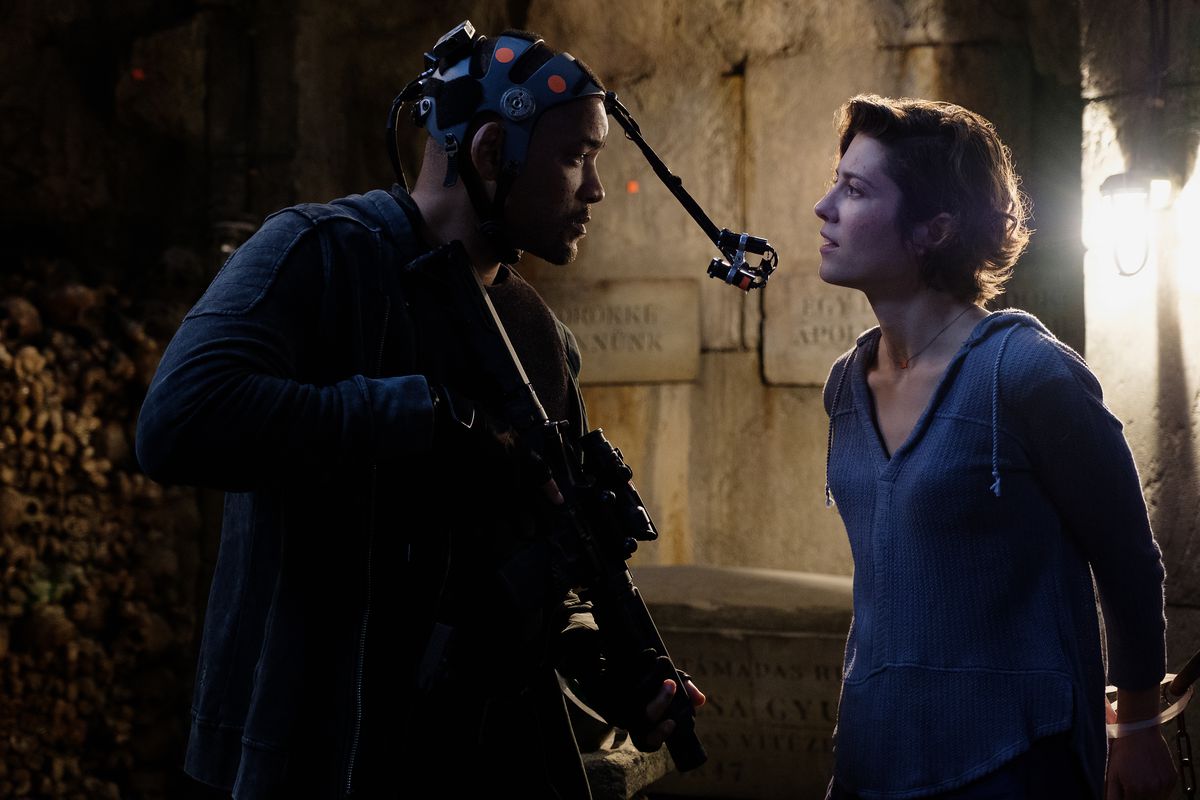 Some of the film’s issues, though, might be owed to a thick-headed script that clashes with the forward-thinking industry intellect applied to its production. Audiences at theaters other than the dozen or so featuring 120fps projection will have a slightly easier time sifting for the story buried in here somewhere, a thin science-fiction-inflected potboiler pitting an assassin against his own genetic duplicate.

Smith gives off an “I’m getting too old for this shit“ vibe as Henry Brogan, an expert operative for a shadowy government agency. He’s ready to hang up his sniper scope, but a hit squad shows up just after he announces his retirement, and they’re soon followed by the Ghost of Flat-Tops Past. Henry gets the sense that his former handlers aren’t just trying to stiff him out of a pension, but the film primes viewers for a revelation that never really comes. Its meaningful progression isn’t in Henry’s secrets, but in the development of his relationship with his doppelgänger, “Junior.”

While Junior’s controller, Clay (Clive Owen) pushes to keep his mission on track, Henry and Junior gradually, reluctantly take up a father-son dynamic that vacillates between absurd (particularly in the incongruously mushy final act) and poignant (as the older Smith muses on regret and chances not taken). For a film fine-tuned in pursuit of audiovisual perfection, this thing is full of narrative glitches, story elements that half work and half don’t.

Henry’s primary operative partner Dani (Mary Elizabeth Winstead), for instance, feels like a romantic interest stripped of the romance during the latest rewrite of this 20-year-old script, due to the glaring age disparity between the stars. Benedict Wong shows up as comic relief, delightful in a film that has no use for him beyond his purely functionary capacity as tension-breaker. Every moment staged as a big reveal either turns out to be something the audience already knew, or had most likely intuited. 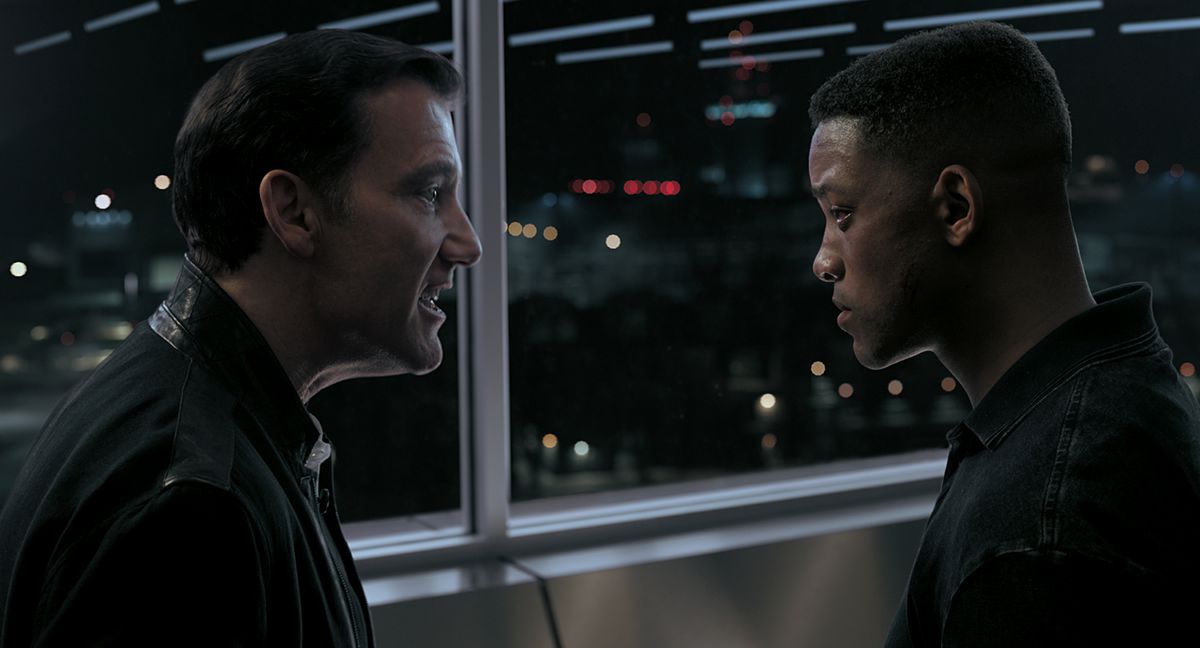 But an effects showcase like this is supposed to come alive in the kinetic sequences, and for 10-second stretches at a time, Lee’s mad dream of an evolved cinema appears to be within his reach. Applied sparingly, 120fps’ complete lack of motion blur can have an exhilarating artistic effect. One impressive tracking shot slides frictionlessly through a tight alley with the full-body lurch of Star Wars’ jump into hyperspace. It’s easy to see why the promotion foregrounded the first confrontation between Henry and his double. It’s a bravura face-off with no-holds-barred fight choreography that culminates with Smith somehow firing a motorcycle at his older self.

It’s enough to make viewers long for the days when Lee knew better than to put the technical cart before the creative horse. Crouching Tiger, Hidden Dragon let the director pursue his wildest gravity-defying whims, without using the screenplay solely as scaffolding for his fancy gadgetry. Lee sometimes gives the impression of a virtuoso guitarist, needlessly gussying up his act with double-necked axes and pyrotechnics. When a filmmaker has skills like Lee’s, all the bells and whistles just seem to get in the way. God willing, his acoustic days aren’t totally behind him.