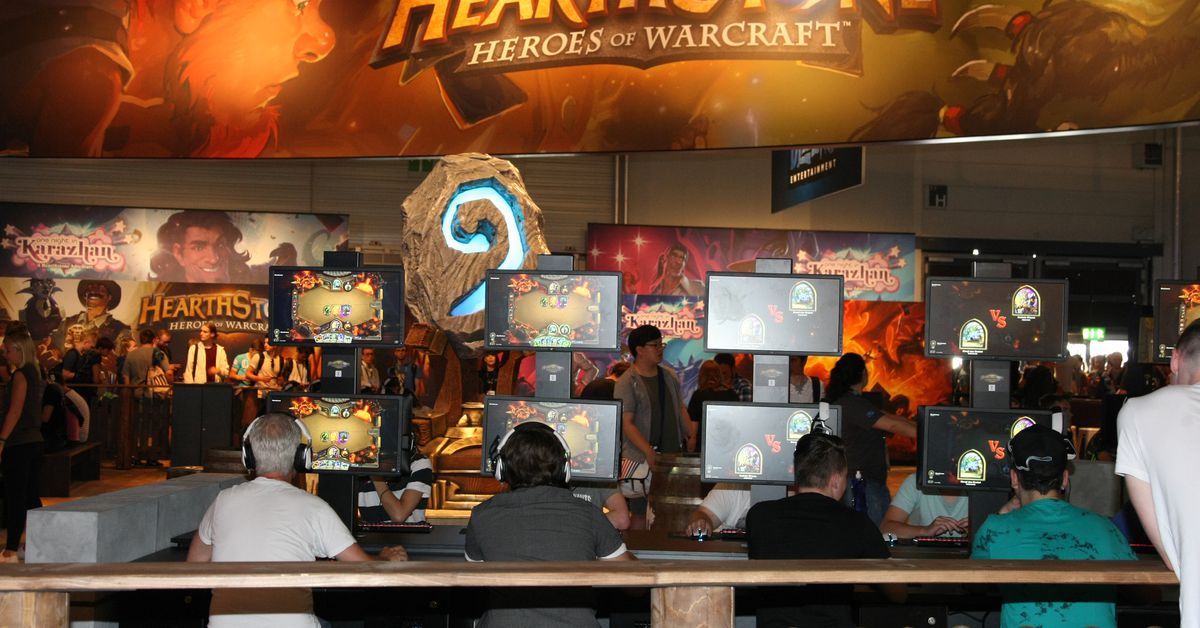 Video game developer Blizzard Entertainment has finally broken its silence after banning a professional player of popular virtual card game Hearthstone for voicing support for the Hong Kong protests. In a lengthy statement, the company says it will reduce the one-year suspension of player Ng “Blitzchung” Wai Chung to a six-month one, and it will restore the prize money it withheld from him.

Blizzard claims that its initial decision was not influenced by its relationship with China. “The specific views expressed by blitzchung were not a factor in the decision we made. I want to be clear: our relationships in China had no influence on our decision,” writes J. Allen Brack, the president of Blizzard Entertainment.

“We have these rules to keep the focus on the game and on the tournament to the benefit of a global audience, and that was the only consideration in the actions we took. If this had been the opposing viewpoint delivered in the same divisive and deliberate way, we would have felt and acted the same,” he continues.

“I want to be clear: our relationships in China had no influence on our decision.”

Yet Brack also says that, after evaluating the situation and listening to the community, “six months for blitzchung is more appropriate, after which time he can compete in the Hearthstone pro circuit again if he so chooses.” He goes on to say, “There is a consequence for taking the conversation away from the purpose of the event and disrupting or derailing the broadcast.”

Brack says the two “shoutcasters” who interviewed Wai Chung will have reduced punishments as well, but Blizzard is still holding them accountable for his outburst: “With regard to the casters, remember their purpose is to keep the event focused on the tournament. That didn’t happen here, and we are setting their suspension to six months as well.”

Brack says Blizzard will continue to enforce these rules in the future “to ensure our official broadcasts remain focused on the game and are not a platform for divisive social or political views.”

To put it mildly, that’s not the reaction that protesters had hoped for.

Riot Games, the developer of popular e-sport title League of Legends and a subsidiary of Chinese gaming giant Tencent, echoed a similar sentiment earlier today when it weighed in on the controversy. Riot says broadcasters should “refrain” from commenting on or discussing “sensitive topics” on air during League of Legends e-sports events.

“As a general rule, we want to keep our broadcasts focused on the game, the sport, and the players,” John Needham, the global head of League of Legends, e-sports said in a statement. “We serve fans from many different countries and cultures, and we believe this opportunity comes with a responsibility to keep personal views on sensitives issues (political, religious, or otherwise) separate.”

But Fortnite creator Epic Games, in which Tencent has also invested, says it will not punish players for political speech.

In the wake of the initial ban, Blizzard has faced immense pressure from players, politicians, and activists who criticized the developer for what’s seen as its capitulation to the Chinese government. In his post-game interview, Wai Chung said, “Liberate Hong Kong. Revolution of our age!” Blizzard operates numerous e-sports events and operates a variety of live multiplayer games in the country. Therefore, Blizzard’s ban could be construed as an appeasement to the Chinese government, which is engaged in a lengthy months-long crackdown of the Hong Kong protests and has typically applied pressure on foreign businesses that do not abide by the company’s political positions and stance on free speech.

The company claimed at the time that Wai Chung simply violated its tournament rules. “While we stand by one’s right to express individual thoughts and opinions, players and other participants that elect to participate in our esports competitions must abide by the official competition rules,” Blizzard said in its statement. The rule in question forbids players from doing anything that “brings [them] into public disrepute, offends a portion or group of the public, or otherwise damages [Blizzard’s] image.”

Despite Blizzard’s best efforts to claim otherwise, the ban did not paint it a positive light with regard to respect for free speech and political expression. It also occurred amidst a controversial standoff between the NBA and China, which took offense to Houston Rockets general manager Daryl Morey’s tweet in support of the Hong Kong protestors. The NBA eventually stood by Morey, resulting in a deterioration of the league and the Rockets’ relationship with the country — its biggest foreign market and a source of considerable broadcast, investor, and sponsorship support.

Blizzard, which had not spoken out about its move to appease the Chinese government beyond its initial statement, has instead faced a domestic backlash. Employees have staged multiple walk outs, players have been boycotting the company and popular Blizzard games like Overwatch, and lawmakers have condemned its actions as antithetical to American values and in support of an authoritarian regime’s stifling of free expression.

This hurts. But until Blizzard reverses their decision on @blitzchungHS I am giving up playing Classic WoW, which I helped make and helped convince Blizzard to relaunch. There will be no Mark of Kern guild after all.

Let me explain why I am #BoycottBlizzard

It’s not clear Blizzard’s new statement or its reduction of the suspension are going to win over many critics. Brack is clearly trying toe a very narrow line when he writes, “One of our goals at Blizzard is to make sure that every player, everywhere in the world, regardless of political views, religious beliefs, race, gender, or any other consideration always feels safe and welcome both competing in and playing our games.”

It’s also interesting to see Brack defend Blizzard’s values, including “Every Voice Matters,” when that ideal clearly flies in the face of the Chinese government’s position on political expression and criticism.

“Every Voice Matters, and we strongly encourage everyone in our community to share their viewpoints in the many places available to express themselves,” Brack writes. “However, the official broadcast needs to be about the tournament and to be a place where all are welcome. In support of that, we want to keep the official channels focused on the game.”

In this case, the voice that seems to matter most is China’s, even if it doesn’t have to formally speak up to get Blizzard to act accordingly.