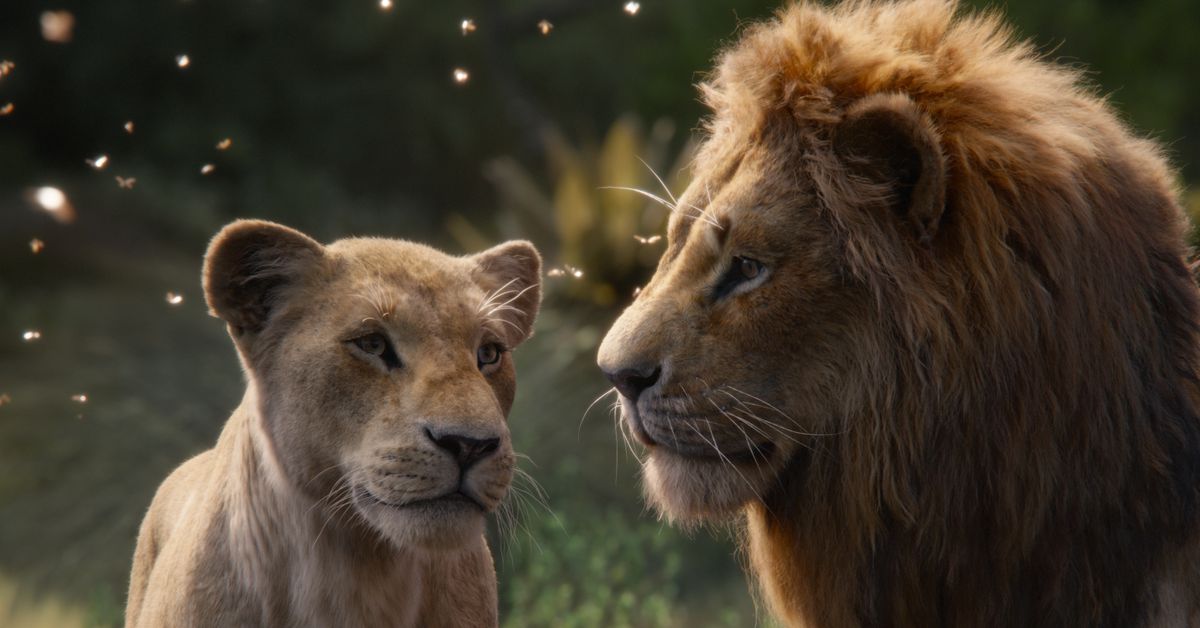 Disney’s final earnings call before the launch of its anticipated streaming service, Disney+, reminded investors that Disney is in a strong place, beating revenue estimates.

The company reported a quarterly revenue of $19.1 billion. It was estimated to pull in $19.04 billion. The company posted $2.32 billion in profit during this same quarter last year on $14.3 billion in revenue. Still, Disney’s numbers are almost up across the board, including a huge boost from its studios — specifically The Lion King — and theme park divisions. Disney’s earnings report states the increase in “theatrical distribution results was due to the performance of The Lion King, Toy Story 4 and Aladdin in the current quarter compared to Incredibles 2 and Ant-Man And The Wasp in the prior-year quarter.” In fact, studios revenues for the quarter “increased 52 percent to $3.3 billion,” according to the report.

“Our solid results in the fourth quarter reflect the ongoing strength of our brands and businesses,” CEO Bob Iger wrote in the company’s earnings report. “We’ve spent the last few years completely transforming The Walt Disney Company to focus the resources and immense creativity across the entire company on delivering an extraordinary direct-to-consumer experience, and we’re excited for the launch of Disney+ on November 12.”

Today’s earnings are significant. Disney+ launches in five days. Future earnings reports will see statements from executives on the speed of Disney+’s growth, both in the United States and internationally. Analysts have forecasted that Disney could gain up to 18 million subscribers within its first year thanks to a deal with Verizon that gives one year of the service away for free. By 2024, analysts are predicting that Disney+ will have 82 million subscribers. That’s in line with Disney’s own estimates; Christine McCarthy, the company’s chief financial officer, told investors in April that Disney expects to have between 60 million and 90 million global subscribers by 2024.

It’s an impressive number — and one that other companies are also estimating. AT&T’s HBO Max is expected to amass 50 million subscribers within the US and 30 million more internationally. Apple’s streaming service, Apple TV Plus, doesn’t have any subscriber numbers, but CEO Tim Cook recently told Apple investors that because the service is basically free for a portion of its customer base, executives aren’t worried. Even Peacock, Comcast’s streaming service, is trying to find a way to scale quickly by reportedly offering it completely free to everyone.

Disney’s core advantage has always been its intellectual property. Star Wars, Marvel, Pixar, and Disney originals carry a level of familiarity and adoration from devoted fans that other companies strive to achieve. Now, following Disney’s acquisition of 21st Century Fox, that library also includes The Simpsons’ entire run. Not to be outdone by David Attenborough documentaries on Netflix, Disney also has a deal with National Geographic to carry original series and specials.

Demonstrating the power of Disney’s library is crucial to the company. Right now, a number of Disney titles aren’t going to be available on the platform at launch because of rights issues. Newer movies like Star Wars: The Last Jedi and Avengers: Infinity War are tied up in a deal with Netflix that expires at the end of 2019. Other titles, like Star Wars: The Force Awakens, were tied up in a previous deal with Starz. As first reported by The Verge, Disney inked a new deal with the company that allowed The Force Awakens to be available at launch — in return, Disney will run an ad for Starz on Disney+’s sign-up page for new customers.

Iger has told investors for some time that it’s going to take a substantial amount of investment on the company’s part to break through the clutter. That doesn’t take away from the number of theatrical movies being released — Disney owns about 35 percent of the 2020 calendar year at the box office — but the focus is on building Disney+ into a main driver for the company. Iger called the pivot to direct to consumer “absolutely vital” in an interview with Bloomberg, adding “this is, no question about it, the future of media.” It’s a sentiment that Iger previously told investors in August.

“Obviously, what we also are doing is setting ourselves up in a way that we can be resilient — probably more resilient than any of our competitors — should the traditional side erode so significantly that it’s not as viable as it has been as a business,” Iger said.

Disney+ is shaping up to be Iger’s lasting legacy — a remarkable feat considering Iger was responsible for some of Disney’s biggest acquisitions including Marvel Entertainment, Pixar, Lucasfilm, and 21st Century Fox. Whether Disney+ is successful will take a few years to see, as the last major streaming entrants make their way into the public sphere. Still, investors on Wall Street aren’t bullish about Disney’s potential. It’s not a Netflix killer, but investors believe it’s the streaming service with the highest chance of succeeding.