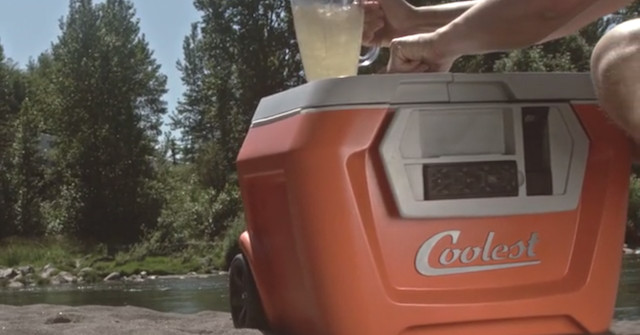 The company behind the Coolest Cooler, widely known as one of the biggest Kickstarter failures, is officially going out of business. An update sent to backers from the company’s CEO Ryan Grepper this weekend says the company is ending operations, and tariffs are to blame. Grepper says a tariff increase on Chinese imports to 25 percent affected the “entire Coolest product line.”

“It was devastating to our business, and I know it was felt by many of you in one way or another as consumers and thousands of small businesses everywhere,” he writes.

While the tariffs are certainly real, it’s odd for this update to arrive five years after the Coolest Cooler originally showed up on Kickstarter. The campaign raised more than $13 million in 2014 to build a high-tech cooler with a built-in blender, and it’s still the second-highest grossing project on the platform, after the Pebble Time smartwatch. The team ultimately put the cooler up for sale on Amazon before it even shipped all its owed product to backers. In the end, it shipped roughly two-thirds of the 60,000 coolers it owed people, the company said in a project update in March 2018.

“There’s always a risk in creating something new, and some projects won’t end up working out,” Kickstarter said in a statement. “In this case, unfortunately, 1/3 of the backers won’t receive the reward they were promised. We’ve worked hard to make it clear that Kickstarter is not a store. And in the five years since this project was funded, we’ve taken steps to help creators be more transparent with backers, and to better understand what it will take to bring their project to life.”

Coolest settled with Oregon’s Department of Justice in 2017. The agreement involves paying backers $20 per cooler that wasn’t received. It seems possible that backers might not receive their $20, particularly if the company is out of cash. The Oregon DOJ says the company has until 2020 to pay the remaining consumers.