Go read this New Yorker profile of William Gibson, the father of cyberpunk 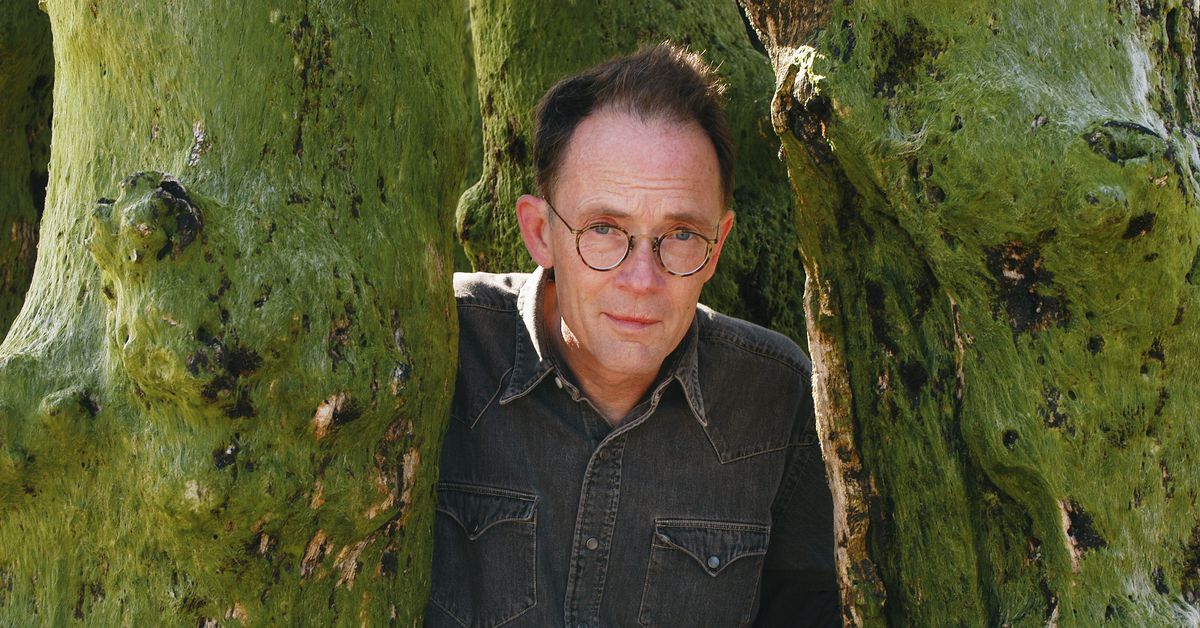 Nearly four decades ago, William Gibson published a short story called Burning Chrome in Omni magazine, and with it, he birthed cyberpunk. (It also coined the term “cyberspace” in its third sentence.) The story prefigured Neuromancer, Gibson’s first novel and most enduring achievement. Burning Chrome taught its readers how to think about the “colorless nonspace” between our screens. In this week’s issue of The New Yorker, Joshua Rothman — the ideas editor of the magazine’s website — spends a lot of time with the author for a profile, and he elegantly lays out the roots of his fiction in a long, textured piece.

Perhaps counterintuitively, Rothman finds that, for Gibson, writing plausible futures begins with a deep engagement with the present. His trilogies — he tends to write novels in threes — are all responding to the world he finds himself living in.

“With each set of three books, I’ve commenced with a sort of deep reading of the fuckedness quotient of the day,” he explained. “I then have to adjust my fiction in relation to how fucked and how far out the present actually is.” He squinted through his glasses at the ceiling. “It isn’t an intellectual process, and it’s not prescient—it’s about what I can bring myself to believe.”

Some other fascinating details: Gibson loves techwear, the functional, futuristic, quasi-military clothing you see everywhere from Tokyo to San Francisco. He and his wife, Deborah, have a large cat named Biggles. He has some real expertise in watches.

What’s most striking about Rothman’s profile, though, is the way it delineates Gibson’s ongoing attachment to (and relationship with) the zeitgeist. I found it particularly instructive when Rothman detailed a realization Gibson had about the internet — about how cyberspace has begun to change the physical world. Here’s Rothman:

In the past, going online had felt like visiting somewhere else. Now being online was the default: it was our Here, while those awkward “no service” zones of disconnectivity had become our There. Checking his Vancouver bank balance from an A.T.M. in Los Angeles struck him suddenly as spooky. It didn’t matter where you were in the landscape; you were in the same place in the datascape.

Everything, in other words, has become a search term — a portal through which you can access, immediately and nearly everywhere, the sum total of human knowledge on any subject. The meditation ends with Gibson telling Rothman he’d learned about the planes hitting the World Trade Center from a forum he frequented.

There’s no question that we live in a version of Gibson’s richly imagined cyberscapes: our present has been incontrovertibly influenced by the stories he’s been telling us for the last forty-odd years. But at the same time, there’s also no question that things feel like they’re accelerating to a conclusion that’s still hard to make out.

Near the end of the piece, Rothman, Gibson, and one of his friends, the author Jack Womack, go out for dinner at a bistro in Manhattan and think about the state of play across the globe.

“What I find most unsettling,” Gibson said, “is that the few times that I’ve tried to imagine what the mood is going to be, I can’t. Even if we have total, magical good luck, and Brexit and Trump and the rest turn out as well as they possibly can, the climate will still be happening. And as its intensity and steadiness are demonstrated, and further demonstrated—I try to imagine the mood, and my mind freezes up. It’s a really grim feeling.” He paused. “I’ve been trying to come to terms with it, personally. And I’ve started to think that maybe I won’t be able to.”

Womack nodded. “My daughter’s sixteen and a half,” he said. “Sixty years from now, she’ll be in her mid-seventies. I have absolutely no idea what the physical world will be like then. What the changes will be.”

And it does seem that way. It does all seem new; living in the here and now feels like nothing I’ve ever felt outside of science fiction. But that’s temporary. In the future, we’ll know how we should have felt about this particular present.

Go read the piece over at The New Yorker’s website, or, if you’re feeling analog, pick up a physical copy of this week’s issue at your nearest newsstand.