It was the Rorschach mask in the glove box that sold me. Watchmen, HBO’s sequel / reinvention of the comic of the same name by Dave Gibbons and Alan Moore, came out the gate swinging with a prologue set during the 1921 Tulsa race riot. But it was the next scene that got me fully on board, one that showed that Rorschach, the original comic’s most popular character, was a hero to white supremacists. It felt transgressive but also right — and then I flipped back to the comic and you know what? It was right. The TV Watchmen sold me on its relevance by resurfacing something incredibly obvious about its source material that years of fan culture had scrubbed away, mostly because the character looked cool.

We all wanted to be heroes, but white faces were the only ones behind all the masks and superpowers, by design

There’s an understandable urge to laud popular culture that goes there, to credit shows or movies that address injustices or give a platform to the marginalized. It’s a good impulse, even if it leads to overly forgiving criticism. So it’s important to note that, while Watchmen is definitely one of this year’s best shows for the provocative way it centers race in a way that both mainstream entertainment and pundits often do not, it’s also incredible for being fun as hell. There’s time travel, killer action, a deep conspiracy, and a great love story. There’s a lot there — maybe too much to end well. And you know what? If it doesn’t, that’s fine.

In 2019, Watchmen (the comic) was arguably more trouble than it’s worth. As a work of comics, it’s as good as everyone says, a rich reading experience that’s held up for decades. As a cultural touchstone, however, it’s been a disaster, inspiring a whole generation of creators and fans who were more fascinated in its “realistic” take on superheroes than its pervasive ideas about a world marching toward its own annihilation, and the cultural attitudes that brought it to the brink of doomsday.

One way to measure the success of HBO’s Watchmen has been how satisfying it is to watch the show completely rewrite its source material, trading its anxieties for current ones, taking its criticisms of superhero fiction and extending it further to make it a criticism of power and the whiteness of that power. In this new Watchmen, superheroes aren’t just the purview of thrill-seekers and proto-fascists. They’re how white supremacy digs its roots deeper into the culture: not just by seizing power, but also by seizing our fantasies. We all wanted to be heroes, but white faces were the only ones behind all the masks and superpowers, by design. 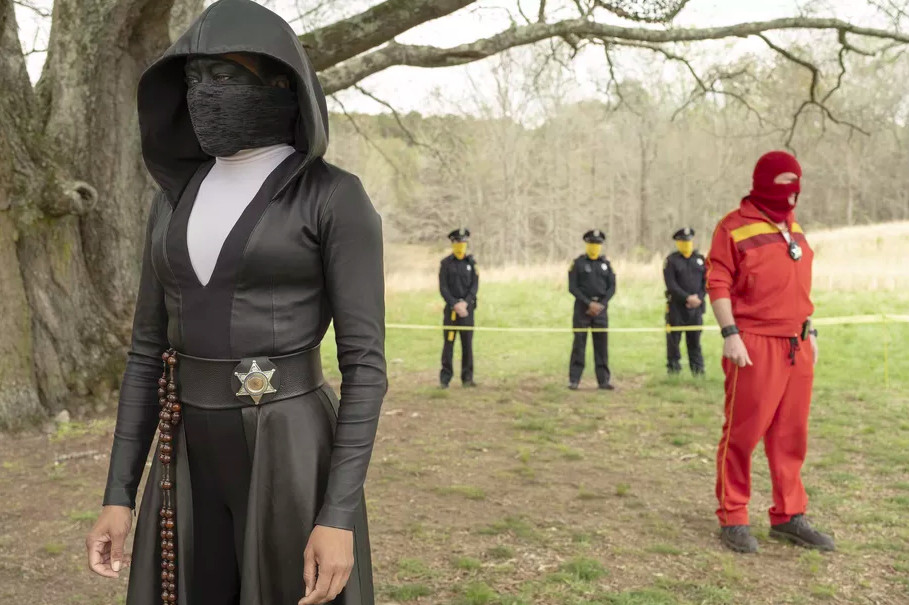 And so, across the eight episodes leading up to this finale, Watchmen took a sledgehammer to this foundation. It corrected its fictional history the way we have begun to correct our real one, re-centering the main thrust of its stories on the people of color previously ignored. Hooded Justice, the first superhero, is not the white man historians assumed he was, but a black hero born from the trauma of the Tulsa race riot and refused justice at every turn by the racist country he tried to serve, first in war, and then with a badge. Doctor Manhattan, the godlike superhuman, is reinvented under the guise of Cal Abar, a black man living in Oklahoma. The villain of the show is a folksy white senator, friendly and seemingly well-intentioned, secretly leading a cabal of racists who want to help him steal the powers of a god, simply because he feels entitled to take them.

The Watchmen comics are celebrated because they challenged popular notions about superheroes and comics, changing our perceptions of what they could be. Over thirty years later, HBO’s Watchmen is doing the same thing, by upending the foundation of Watchmen itself. If it never gets a second season, that’d be enough — even if the finale doesn’t quite stick the landing.