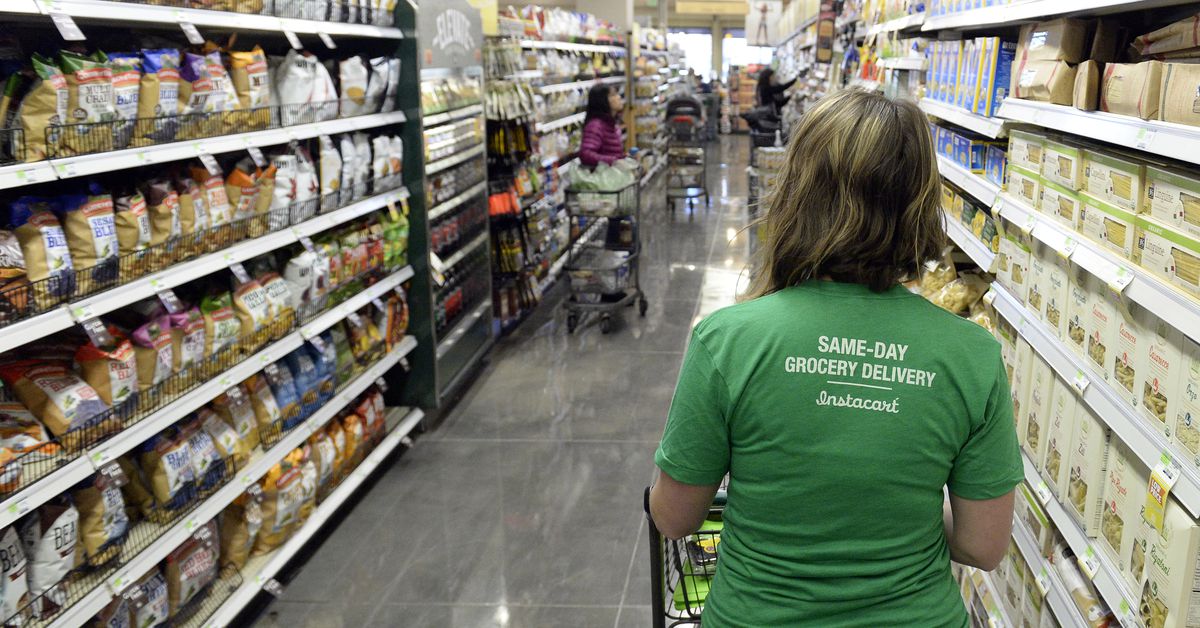 Workers for grocery delivery platform Instacart are organizing a national boycott of the company next week to push for the reinstatement of a 10 percent default tip on all orders.

“We have fought for fair pay, but Instacart continues to lower it,” reads a Medium post published Monday by a group of Instacart workers. “In order to continue fulfilling your orders, we must see action from Instacart.” The group, composed of the drivers and other delivery contract workers that physically shop for and deliver groceries to customers, is asking those interested in helping the cause to use the hashtag #DeleteInstacart across social media beginning January 19th, and to delete the app until the company restores the 10 percent tip. The workers also are encouraging customers to email Instacart CEO Apoorva Mehta to voice their displeasure.

Sarah Clarke, one of the lead organizers of the group, tells The Verge this is just the latest volley from workers who are determined to make Instacart hear them. “They’re underestimating us and our powers; I don’t think they realized we would be this persistent and this loud,” Clarke said. “We’re not giving up.”

“We feel like every time they ignore us we bring more workers to the cause.”

Clarke says the company has chipped away at the workers’ pay over the past several years. Instacart reduced the default tip from 10 percent to 5 percent in 2016. It then settled a class action suit with workers for $4.6 million in 2017, and agreed to make its fees and tip structure more transparent. In 2018, Instacart introduced an earnings structure that Clarke says was confusing to workers, resulted in less pay for most of its laborers, and led to accusations of tip stealing.

The company later reversed that policy after workers noted that their tips were being factored into the minimum payment amount guaranteed for each transaction, a tipping structure that was also used by both DoorDash and Amazon until widespread criticism and pressure from labor activists forced both companies to modify how they handled tips. After workers staged a three-day strike in November, Instacart eliminated its bonus program in what some workers considered retaliation for the labor action.

Last January, Mehta told CNN Business that an IPO was “on the horizon” for the company; at that point, Instacart had a valuation around $8 billion. The San Francisco-based platform launched in 2012, and it has since expanded to all 50 US states and Canada. It partners with 20,000 stores including major chains like Albertsons, Costco, Kroger, CVS, and Wegmans.

Clarke says she and other organizers of the protest action are aware that they risk being kicked off the platform by pushing back against the company. “We’re fine with that happening,” she said. “We just feel like we keep getting angrier and angrier, and we feel like every time they ignore us we bring more workers to the cause.”

Instacart did not respond to a request for comment.