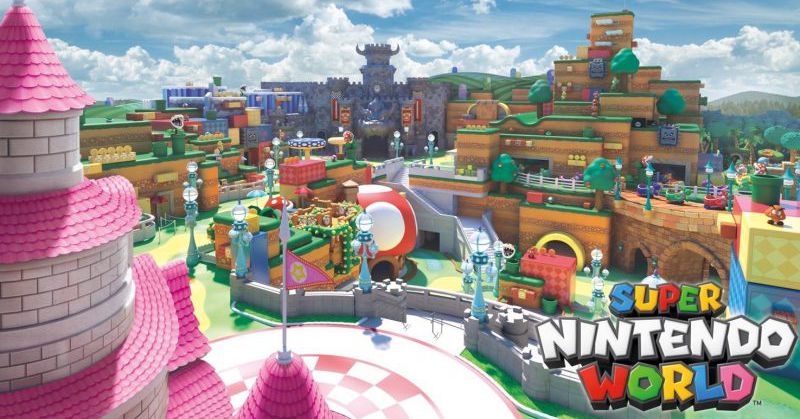 Super Nintendo Land, the Mario-themed expansion to Universal Studios, is shaping up to be one of the most interesting and tech-infused theme park attractions to date.

The park, launching ahead of the 2020 Tokyo Olympics as part of Universal Studios Japan in the city of Osaka, will feature wearable wrist bands called “Power Up Bands” that will sync with a smartphone app and track digital activities while you walk around, according to Tokyo-based Bloomberg reporter Kurumi Mori, who attended a press event on Tuesday local time detailing new elements of Super Nintendo World.

According to Mori, the bands will allow guests to collect digital coins and compete against other attendees of the park. Thierry Coup, the chief creative officer of Universal Creative (the theme park design and R&D division of Universal Parks & Resorts), made the series of announcements at the park’s global kickoff celebration, where he called Super Nintendo World “ a life-size, living video game.”

The mobile app will feature a game-style overhead map for finding attractions, and you’ll be able to create a profile and unlock achievements. It’s currently unclear why you’d collect these digital coins beyond bragging rights, but you can imagine some form of prizes to win, like Mario memorabilia, or some other Nintendo-themed rewards. It could also be some form of interactive component to rides or games you can play in the park.

According to Coup, Osaka will get the first Super Nintendo Land, followed by the companion Universal Parks sites in the US — in Hollywood, California and Orlando, Florida — as well as in Singapore. There’s no concrete timetable for when the park will come stateside quite yet. We don’t know much else about the expansion, besides confirmation that there will indeed be a real-world Mario Kart ride, because how in the world could you open a Super Nintendo World without one of those?

While we wait for more information, savor this new music video from artists Galantis and Charli XCX, who collaborated to write the official Super Nintendo World theme song called “We Are Born to Play.”