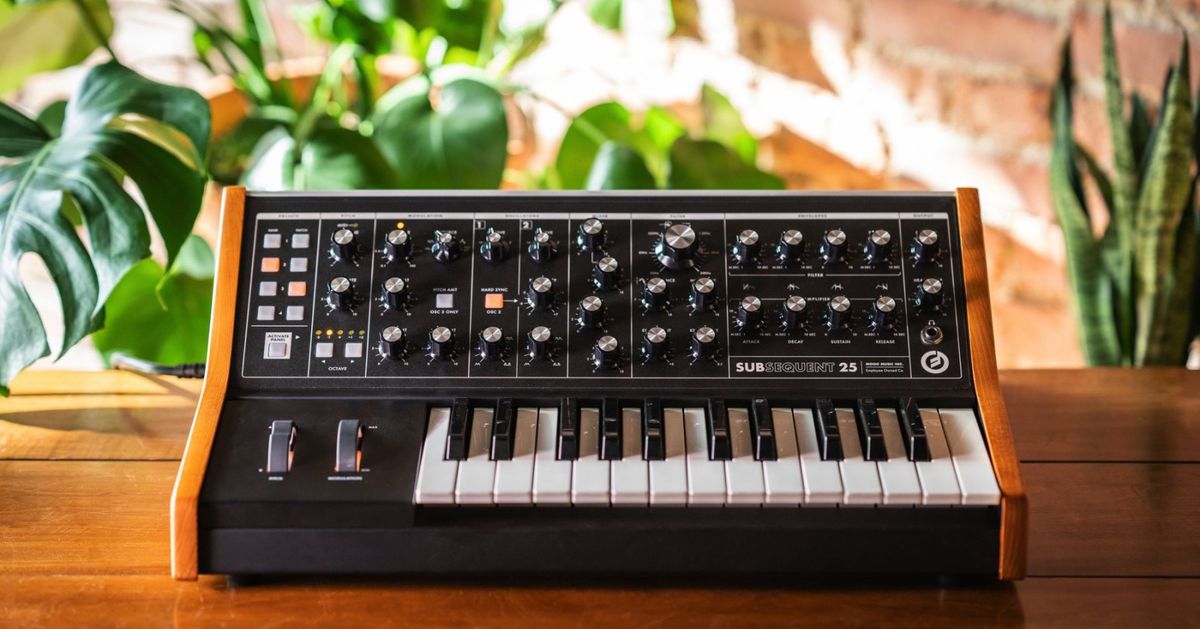 Moog has officially announced a new synth called Subsequent 25 at this year’s NAMM in Anaheim, California. Replacing the adored Sub Phatty synth, Moog’s made several tweaks with the Subsequent 25 that make it capable of delivering even more powerful bass and thicker leads than its predecessor.

The Subsequent 25 is Moog’s most compact keyboard synthesizer, which the company says makes it a fit for both stage and studio. Some will balk at the synth’s teeny size (the entire thing is just over 20 inches long!), but there’s appeal if you’re looking for that classic, beefy Moog sound in a pint-sized footprint.

The Subsequent 25 has two oscillators along with a sub-oscillator and a noise generator. Oscillators one and two can be split to play two different notes at the same time in Duo mode, or all three can be stacked up in the synth’s Unison mode.

There are a few modernized sonic items in the Subsequent 25. For one, the classic Moog ladder filter — which provides rich resonance and self-oscillation — has reshaped gain staging. Basically the filter’s levels have been readjusted at each point of amplification, boosting saturation and doling out a richer low end.

Moog is revered for the fat sounds its oscillators and filters produce, and the Sub Phatty took things one step further. It was Moog’s first synth to feature its Multidrive circuit, which sits just before the amplifier section, giving even additional snarl and edgy grit to sounds. So fans should be pleased that Moog’s also re-tuned this model’s Multidrive circuit, and this combo of tweaks promises sounds from the Subsequent 25 that are “beyond the original grit and growl of the Sub Phatty.”

Other improvements include twice the headroom, a new, more powerful headphone amplifier, four CV inputs for integrating other pieces of gear, new presets designed for the upgraded circuitry, and an upgraded keybed (which Moog says is for “improved playability”). Additionally, there’s full MIDI implementation, so you can automate everything on the front panel along with a lot of hidden parameters via plug-ins or a MIDI controller / sequencer. One little downer is that the Subsequent 25 only comes with 16 presets, but it also comes with Moog’s free Editor Librarian software (available for both PC and Mac). So theoretically that can be used for creating, saving, and recalling an infinite number of sounds to use on the synth.

To demo what it’s capable of, the company collaborated with musician Flying Lotus and graphic designer Julian House to create a short film called Building Your World.

The Subsequent 25 is available to order now and costs $849. Find out more at the Moog website.