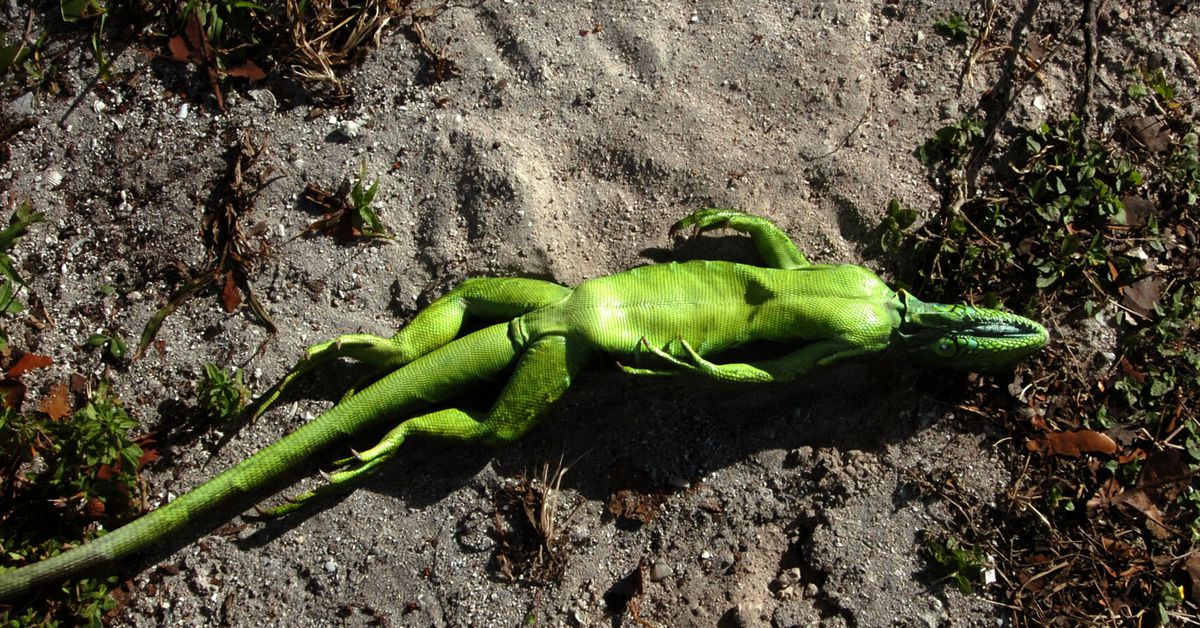 Miami’s National Weather Service issued a warning for falling iguanas along with a cold front swooping through South Florida today and tomorrow. Temperatures are expected to drop below 40 degrees Fahrenheit tonight, with wind chill values reaching the mid 20s. That’s enough to (seemingly) freeze the cold-blooded creatures in their tracks.

“This isn’t something we usually forecast, but don’t be surprised,” NWS Miami said on Twitter. “They may fall from trees, but they are not dead.” A similar cold spell in 2018 led to photos of cold-stunned iguanas littering residents’ yards and patios.

The animals will usually revive on their own, although a lingering 2010 cold snap in Florida cut down the population. Green iguanas are an invasive species to Florida, introduced by pet owners. They’ve thrived in Florida’s subtropical climate, where they’ve managed to damage seawalls, sidewalks, and foundations by digging burrows. They even cost West Palm Beach $1.8 billion in emergency repairs.

They might be a nuisance, but experts warn against moving the creatures while they’re down. “I knew of a gentleman who was collecting them off the street and throwing them in the back of his station wagon, and all of a sudden these things are coming alive, crawling on his back and almost caused a wreck,” wildlife photographer Ron Magill told NBC News in 2010.