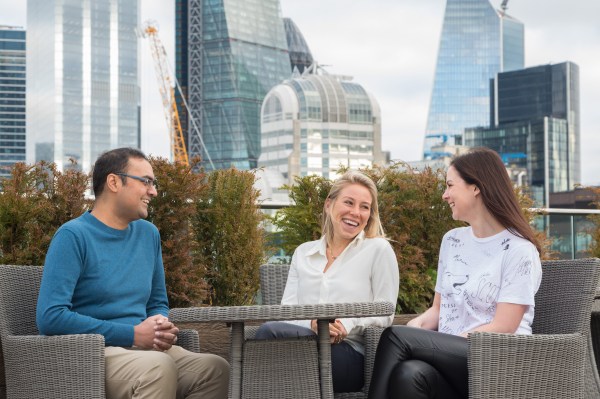 Blossom Capital, the early-stage VC firm co-founded by ex-Index Ventures and LocalGlobe VC Ophelia Brown, is announcing a second fund, less than 12 months since fund one was closed.

The new fund, which is described as “heavily oversubscribed,” sits at $185 million. That’s up from $85 million first time around.

Blossom’s remit remains broadly the same: to be the lead investor in European tech startups at Series A, along with doing some seed deals, too. In particular, the VC will continue to focus on finance, design, marketplaces, travel, developer-focused tools, infrastructure and “API-first” companies.

Its differentiator is pitched as so-called “high conviction” investing, which sees it back fewer companies by writing larger cheques, along with claiming to have close ties to U.S. top tier investors ready to back portfolios at the next stage.

And whilst a “bridge to the valley” is a well worn claim by multiple European VCs, Blossom’s track record so far bares this is out somewhat, even if it nascent. Of the firm’s portfolio, travel booking platform Duffel has received two follow-on investment rounds led by Benchmark and Index Ventures; cybersecurity automation platform Tines received follow-on investment led by Accel Partners; and payments unicorn Checkout.com is also backed by Insight Partners.

In addition, I understand that about half of Blossom’s LPs are in the U.S., and that all of the firm’s original LPs invested in this second fund, which Brown concedes was a lot easier to raise than the first. That’s presumably down to the up round valuations Blossom is already able to tout.

Citing benchmark data from Cambridge Associates and Preqin, Blossom says it sits in the top 5% of funds of 2018/2019 vintage in the U.S. and EU. Although, less than a year old, I would stress that it is still very early days.

More broadly, Brown and Blossom’s other partners — Imran Gohry, Louise Samet and Mike Hudack — argue that the most successful European companies historically are those that were able to attract U.S. investors but that companies no longer need to relocate to the U.S. to seize the opportunity.

“When we looked at the data it was very clear at the growth stage that, outside of Index and Accel, the most successful European outcomes were driven by the combination of European early-stage investors and top-tier U.S. growth investors,” explained Blossom Capital partner, Imran Ghory, in a statement. “From day one we prioritised building those relationships, both to share knowledge but also provide a bridge for European founders to access the best growth capital as they scale”.