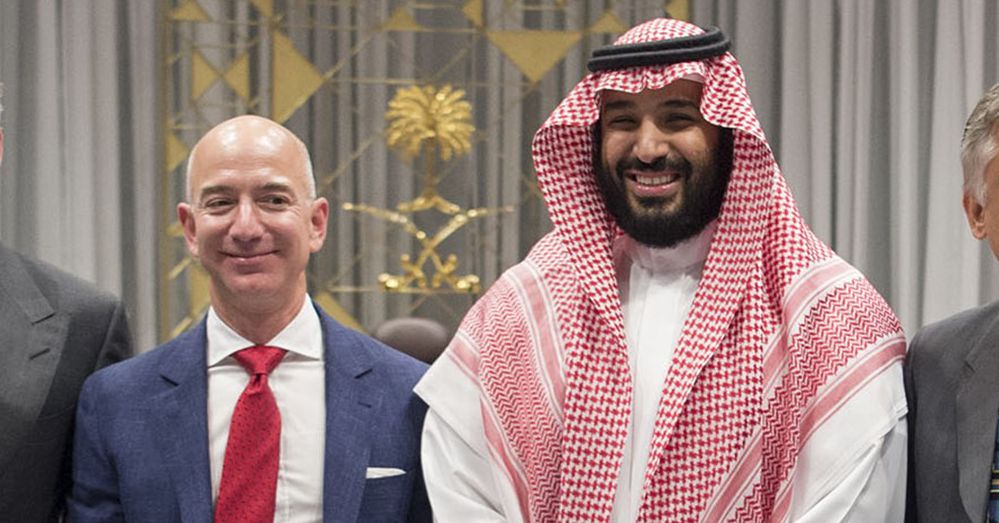 Amazon CEO Jeff Bezos was targeted and successfully hacked through WhatsApp from Saudi Arabia Crown Prince Mohammed bin Salman, according to a new report from The Guardian. Citing the results of a digital forensic analysis, The Guardian says the hack, which took place in May 2018, targeted unknown contents on Bezos’ personal cellphone.

According to the report, Bezos and the Saudi prince were having a friendly exchange over WhatsApp when the crown prince’s account sent a mysterious video file, after which Bezos’ device was compromised and large amounts of data were transferred off the phone, The Guardian reports. A documentary titled The Dissident which premieres on Friday says that the video sent to Bezos’ phone took advantage of a WhatsApp vulnerability discovered in May 2018 to inject Pegasus spyware, The Washington Post reports. Heir apparent to the Saudi throne, Prince Mohammed was embroiled last year in the controversy over the murder of Saudi journalist Jamal Khashoggi, and has faced growing outcry over his country’s civil rights record.

“Recent media reports that suggest the Kingdom is behind a hacking of Mr. Jeff Bezos’ phone are absurd,” Saudi Arabia’s US embassy responded in a tweet denying The Guardian’s reporting. “We call for an investigation on these claims so that we can have all the facts out.”

The alleged incident is particularly notable because of a subsequent breach of Bezos’ personal data less than a year later. In February 2019, Bezos publicly accused the National Enquirer in a bombshell Medium post of trying to blackmail him with text messages and nude photos exposing details of his high-profile extramarital affair.

Reports of the affair published in the tabloid paper a month earlier revealed why he and his longtime wife MacKenzie Bezos were divorcing, leading Jeff to form an investigative team to discover how he was compromised. Bezos’ security chief, Gavin de Becker, later on suggested the Saudi government played a role in acquiring the information, and de Becker also floated the possibility that the Saudi government was a source for the National Enquirer’s story.

The Washington Post covered the Khashoggi murder extensively and the CIA eventually determined the murder was personally ordered by the crown prince himself, despite the numerous denials and a suspect trial that eventually convicted eight men for the crime. Some experts believe hacking Bezos may have been a way to gain leverage over the chief executive due to the Post’s often critical coverage of the kingdom, which included columns from Khashoggi himself before the journalist’s death.

“He probably believed that if he got something on Bezos, it could shape coverage of Saudi Arabia in The Post,” Andrew Miller, an expert on the Middle East and a former national security advisor in the Obama administration, told The Guardian. “It is clear that the Saudis have no real boundaries or limits in terms of what they are prepared to do in order to protect and advance [Mohammed bin Salman], whether it is going after the head of one of the largest companies in the world or a dissident who is on their own.”