Netflix has been looking for franchises, and The Witcher may be its answer 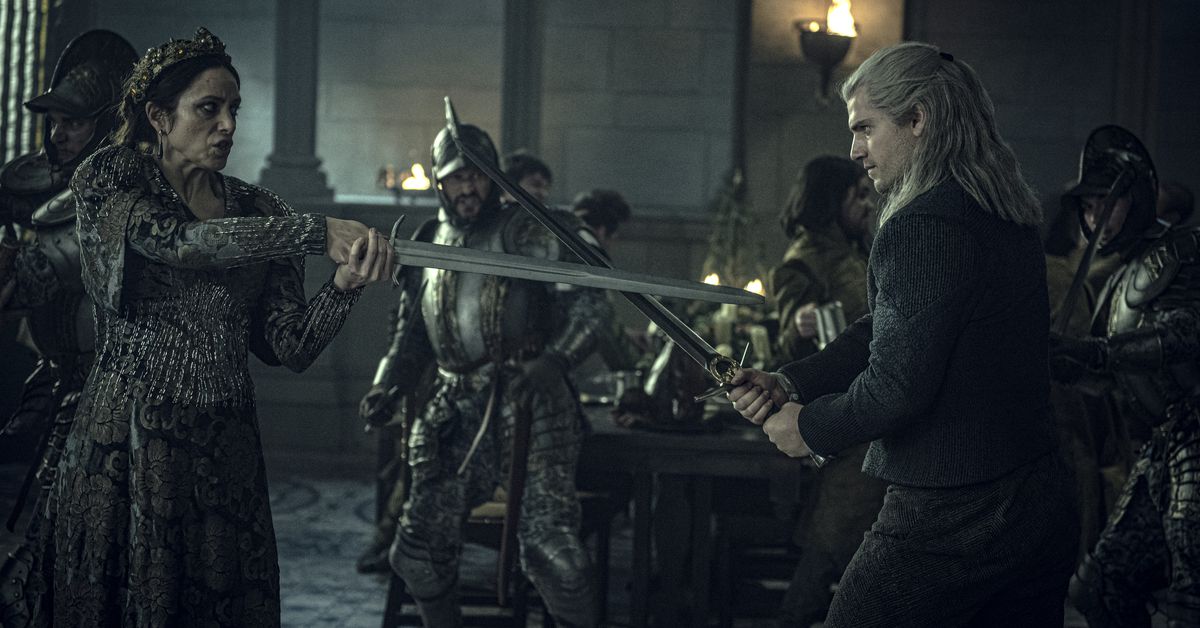 Netflix wants people to know The Witcher is just as big, if not bigger, than Disney’s Mandalorian around the world. Franchise plays like The Witcher and movies like 6 Underground are key to Netflix growing internationally, and they could represent a big part of Netflix’s future in a year where competition from major players will start to heat up.

In its Q4 earnings report, Netflix said that 76 million accounts watched The Witcher within its first four weeks. It also revealed that 6 Underground, a big action flick from director Michael Bay that starred Ryan Reynolds, was watched by 83 million accounts within its first four weeks. If Netflix’s numbers are to be taken as presented, 6 Underground was a rousing success for one of Netflix’s first big forays into franchise filmmaking. And The Witcher will likely have the biggest first season of a Netflix original series ever, according to the earnings report.

Netflix’s leaders have pushed back against concerns from investors that its series and movies, while plenty, can’t compete with Disney or Warner Bros.’ big franchises. Franchises are immensely valuable to studios, bringing back viewers again and again and growing their audience over time. But building franchises that lead to spinoffs and years of installments — think every extended universe, like Star Wars, DC, Lord of the Rings, and Marvel — takes time, and Netflix is still getting started.

Having franchises with big stars that can lead to spinoffs

Netflix has had hits like Stranger Things and Black Mirror, but as international growth continues and amid incoming competition domestically from Disney, AT&T, and Comcast, franchises with global appeal will increase in importance. Having franchises with big stars that can lead to spinoffs, an array of licensed merchandise, and bring in new subscribers is what the company is striving for and seems to think it’s found in The Witcher and 6 Underground.

There are reasons to be skeptical of Netflix’s numbers. It only measures viewership of the first two minutes of a show or movie — less time than a typical trailer — so it’s not clear exactly how many people finished either of these titles. And Netflix has yet to announce a sequel to 6 Underground.

The Witcher, meanwhile, has already been renewed for a second season. Netflix CEO Reed Hastings referred to it as a series that could go “season after season,” in a call with investors. And just today, the streaming service announced an animated spinoff film. Hastings previously said that Netflix’s film ambitions were bigger than ever. Think of the strategy as similar to what HBO is doing with Game of Thrones, and its upcoming prequel series, House of the Dragon.

Netflix also seems to have an ability to turn titles into hits when it wants to, thanks to its enormous subscriber base. Bright wasn’t well-received by critics when it was released in 2017, but Nielsen noted that 11 million accounts watched within the first three days in the United States alone. That represented approximately 20 percent of Netflix’s domestic subscriber base at the time, and led Netflix to greenlight a sequel. Netflix content chief Ted Sarandos said in 2018 that critics were “pretty disconnected from the commercial prospects of a film,” which seems like something he could argue about 6 Underground, too.

Netflix also seems to have an ability to turn titles into hits when it wants to, thanks to its enormous subscriber base

The thinking suggests that people are more inclined to give something a chance if it’s on Netflix because it’s already part of their monthly subscription. Other companies have learned from this mentality: Disney is moving some titles from theatrical releases to Disney+ exclusives, and AT&T and Comcast will use their respective streaming services — HBO Max and Peacock — to try out shows and movies that people might take a chance on through a streaming service but wouldn’t pay money to see at a theater.

Franchises are especially important in international markets where Netflix is trying to expand. Netflix’s growth in the US has slowed, so it’s increasingly focused on attracting subscribers around the globe: about 8.4 million of the 8.8 million subscribers Netflix added last quarter were from outside the US.

The Witcher is based on a popular property, and Sarandos has said that having a built-in European audience from a series of massively popular books and video games was an advantage. There’s a global appeal that could help the show become the Game of Thrones-like fantasy series the streamer needs. 6 Underground also has massive international value, and could blossom into Netflix’s own version of The Fast and the Furious. Big explosions, a ton of action, and big name actors are the elements that companies like Marvel Studios and Warner Bros. have used to help their own films find homes overseas. A movie like 6 Underground could be a driving force in international territories.

Sarandos once told investors that preexisting franchises have a leg up with audiences because viewers “know what they’re getting into.” But he added that the true value of a franchise comes down to the “value of brand creation and how you scale off of it.” It’s here — finding ways to make The Witcher and 6 Underground into something bigger than what viewers first imagined a series or movie could be on the streaming platform — that Netflix hopes to succeed.